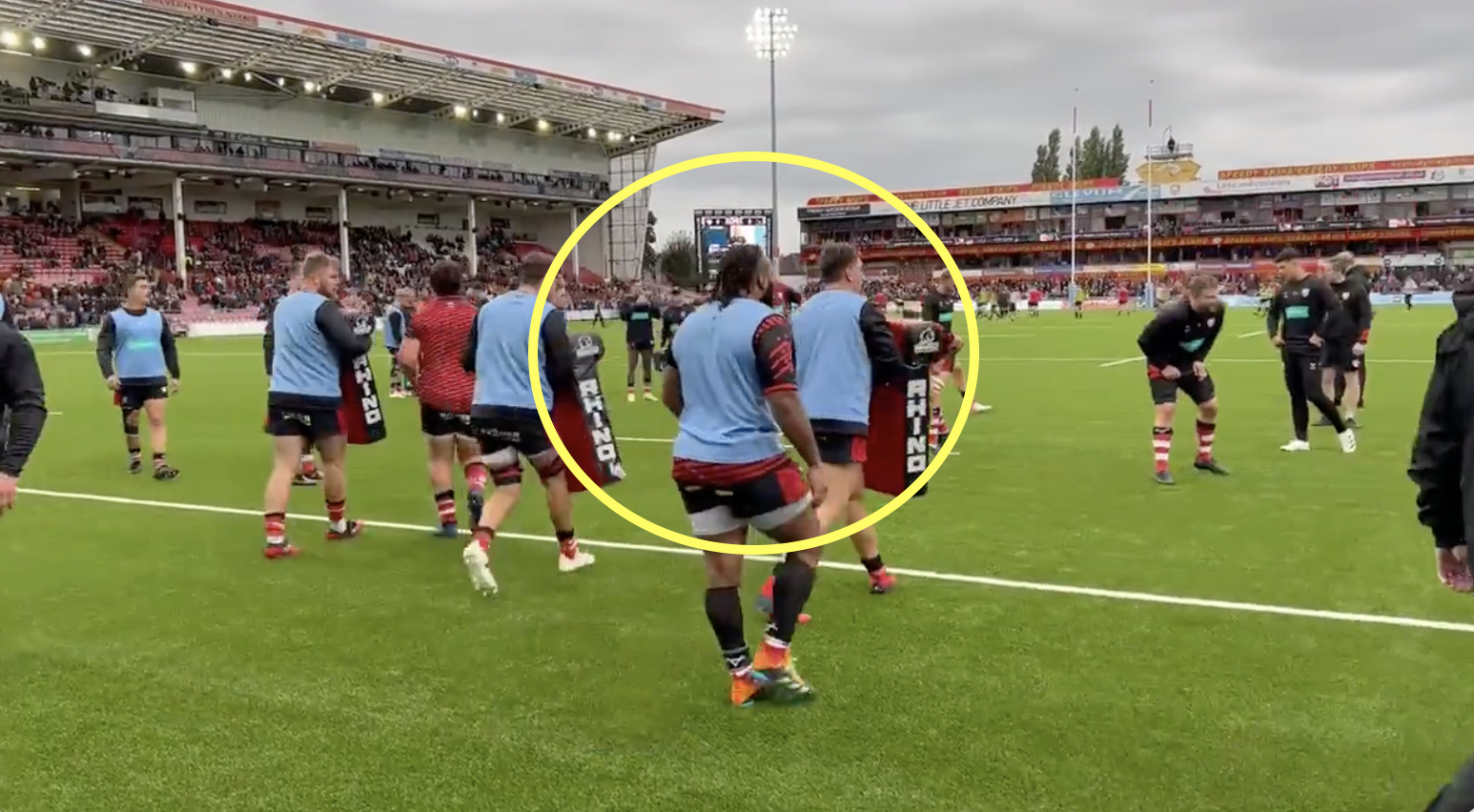 Gloucester prop Jamal Ford-Robinson has appointed himself as the club’s new hype man after his antics against Newcastle Falcons on Saturday.

Ahead of kick-off at Kingsholm, the loosehead, who started on the bench, was barking his support at his teammates as they were hitting pads. It clearly worked, as his side went on to win the contest 29-20 and launch themselves to fifth in the Gallagher Premiership table.

The video was shared by Gloucester on social media after the match, and Ford-Robinson has since changed his profile on Instagram to describe his job as ‘Gloucester Rugby Hype Man.’

Gloucester head coach George Skivington said after the match: “It was an ugly game, there wasn’t too much on either side getting into loads and loads of phases. Newcastle are a gritty team and work really hard, they’ve killed a lot of teams off and a lot of sides haven’t managed to break them down this year. There’s going to be loads we can look at, I already know that, there were loads of bits and pieces. We probably could have scored one in the corner, but we ended up with three points so it wasn’t a disaster. But not a pretty game, but for the amount of times we got into the 22, we came away with points, which was great. We would have liked to be there a little more but again, we know we’ve got a lot more that we can improve on. But if you manage to win the ugly ones and put in really good performances then you’re in a good spot.”

Gloucester host Exeter Chiefs this Friday, who will be reeling from a shocking loss to London Irish at Sandy Park on Saturday, where they did not even manage to pick up a bonus point. Gloucester’s hype man will need to be in full force once again.