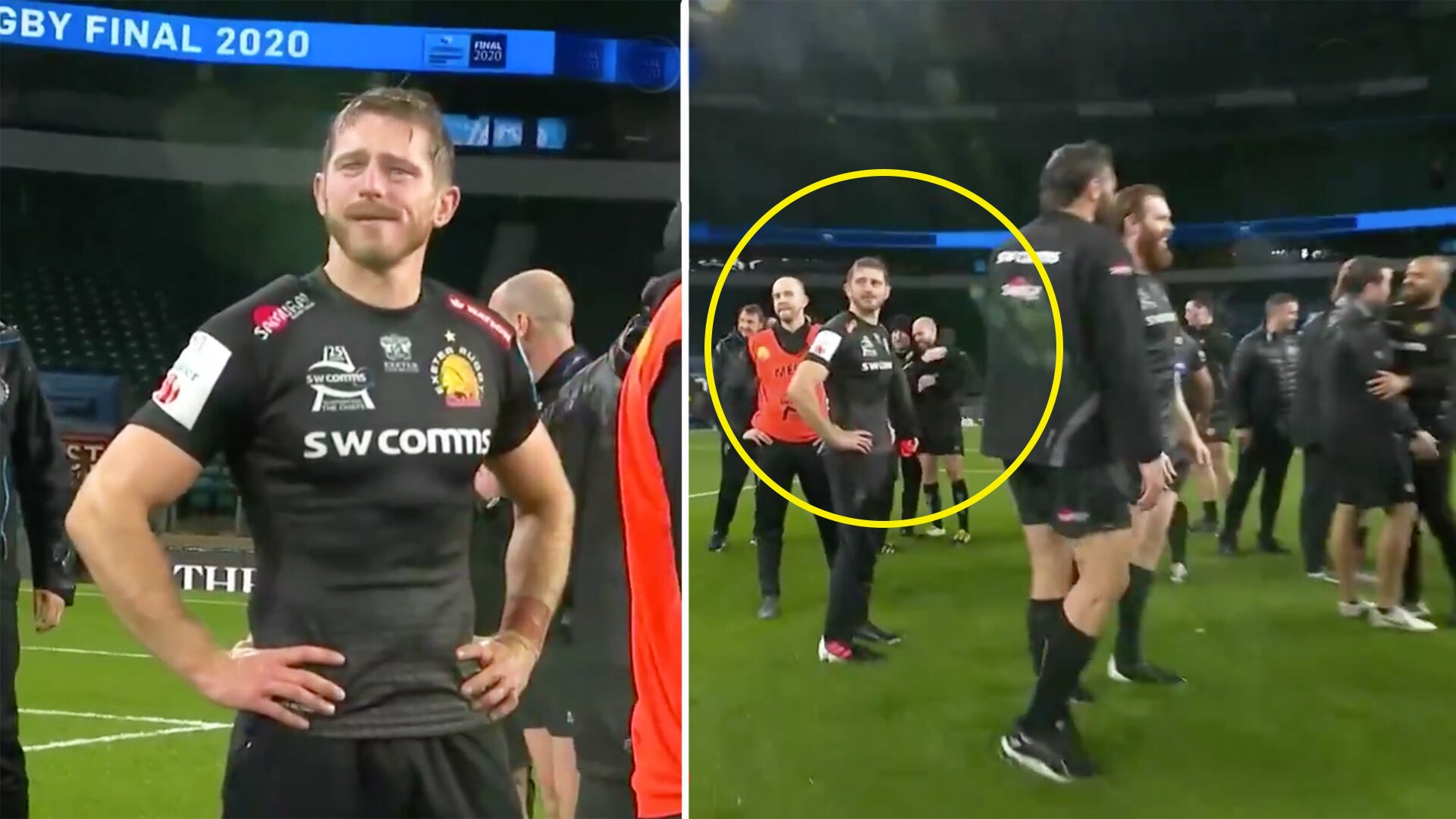 The veteran goalkicker watched his side win the league from the sidelines on the weekend after years of service to the club.

Exeter overcame a spirited Wasps side in torrid conditions at Twickenham as they secured the double in a historic season for the Devonshire outfit. Rob Baxter’s men left it late after surviving a late onslaught from Wasps.

Unseen footage has emerged from the post-match celebrations as the Chiefs awaited their opportunity to lift the Premiership trophy for a second time.

It features Gareth Steenson who famously kicked the winning points for Exeter back in 2017 when they last won the league. We see here as the camera moves it way through the Exeter players and moves onto the veteran fly-half.

This was the powerful moment that was picked up by BT Sport cameras moments after the Cheif’s historic double was confirmed.

Sometimes you just need a moment to take it all in…

Steenson played a massive part in the final leg of the 2009–10 Championship final against Bristol, scoring 24 points and helping Exeter Chiefs win 29–10 (38–16 including the first leg). Steenson burst into the scene in England at his previous club, Cornish Pirates, scoring 264 points in his first season (30 games).

Steenson will join Plymouth Albion’s coaching team ahead of the 2019–20 season as an assistant coach, focusing on their attack.