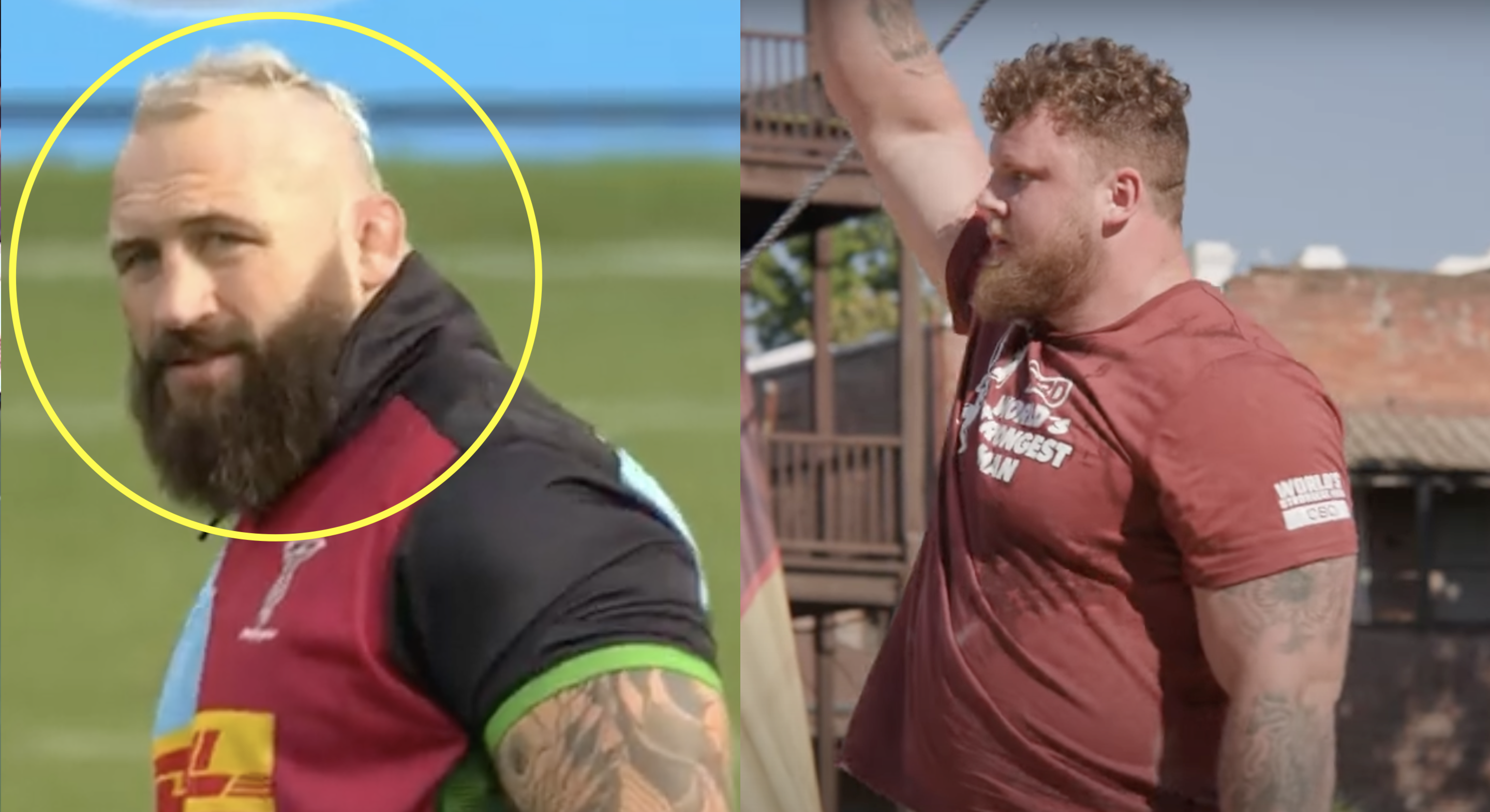 The Stoltman brothers, Tom and Luke, paid a visit to Harlequins’ training base this week, and a photo of Marler and Danny Care next to the brothers, clad in Quins kits, is a strange combination of hilarious and terrifying at the same time.

Even next to Luke, a three-time seventh place finisher at World’s Strongest Man, who is only a modest 6 foot 3 inches (1.91 metres) and 160 kg (25 stone and 3 pounds) compared to his brother, Marler is made to look pretty small. The four of them next to each other looks like a collection of protein-inspired Russian dolls. The loosehead even shared a photo of Tom carrying Care with what was presumably absolute ease.

This is not the first time Quins players have mixed with strongmen, as World’s Strongest Man competitor Adam Bishop used to be a trainer at Quins. However, even Bishop is dwarfed by Tom.

It has been an interesting week for the 32-year-old Marler, who received a standing ovation from the Stoop on Sunday when he made his 250th appearance for Quins in a loss to Leicester Tigers. A day later he missed out on Eddie Jones’ 36-man England squad for the upcoming autumn internationals against Argentina, Japan, the All Blacks and South Africa.