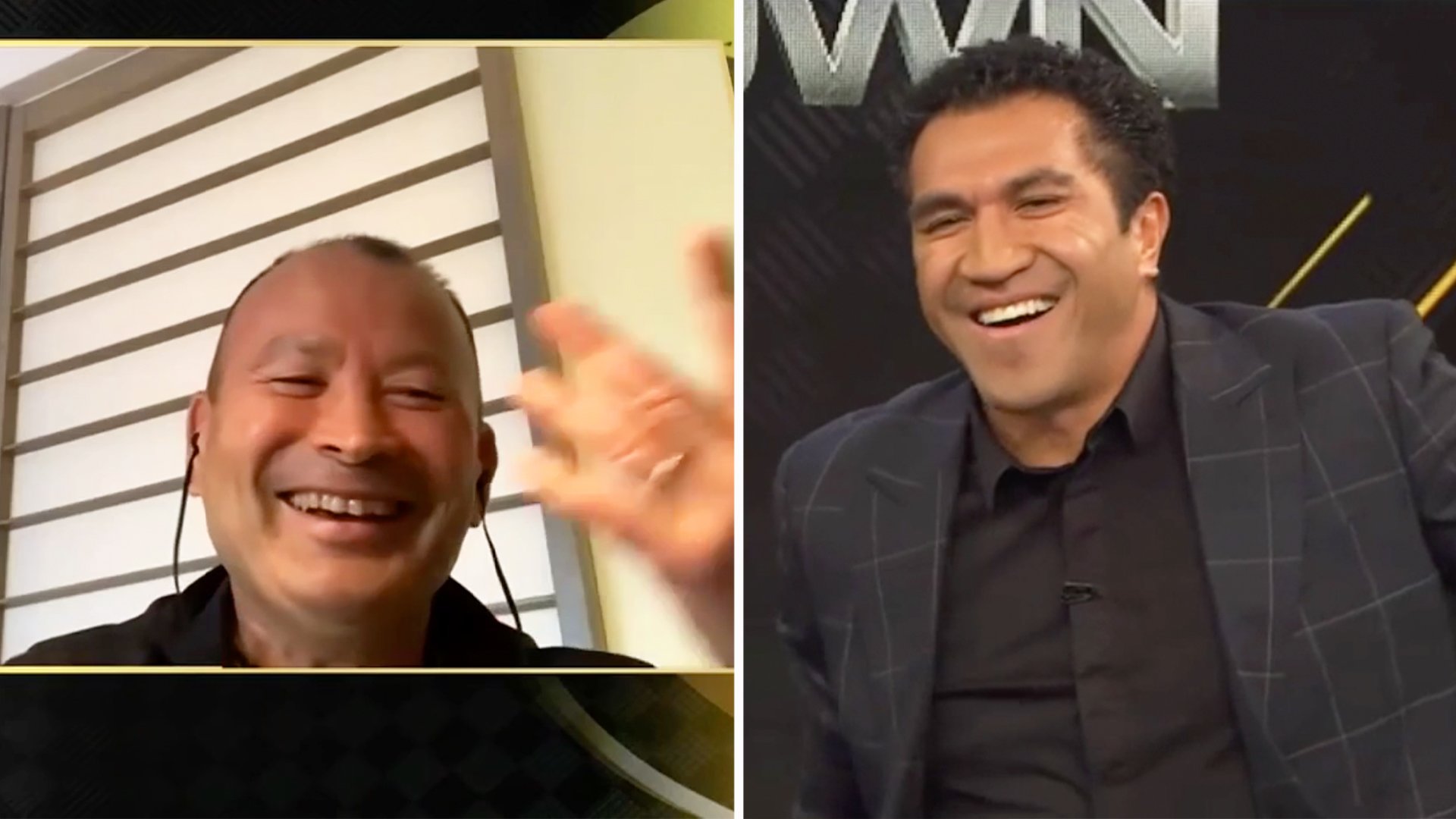 This new clip was taken from Sky Sports ‘Breakdown’ show that aired yesterday.

Here we see the England coach here who’s been invited on to talk with New Zealanders Mils Muliaina, John Kirwin and Jeff Wilson.

The hilarious moment came when All Black legend Muliaina asked Jones what his thoughts were regarding the upcoming ‘Super Rugby Aotearoa’.

His response went down a storm with the kiwi panel

This video below shows Eddie Jones at his brutal best.

The Blues are thought to have been in talks with Carter for some time and a foot injury to Stephen Perofeta, who has been playing fullback for the franchise, in training this week may have fast-tracked the chance to sign Carter on a replacement contract for the Super Rugby Aotearoa competition, starting next week.

Carter is a free agent after finishing his playing commitments with Japanese club Kobe Steelers after the season there was cancelled due to the coronavirus pandemic, and he has since returned to Auckland with his family.

These fixtures would be tasty

New Zealand Rugby boss Mark Robinson says he hasn't ruled out the prospect of the All Blacks facing off against nations from the Pacific Islands and the Northern Hemisphere in 2020.https://t.co/JsSh2fSThd

The 38-year-old was in fine touch in Japan during the last three seasons and his motives for potentially joining the Blues are said to be giving back to New Zealand rugby by sharing his knowledge and experience in the swansong of his career.

Signing Carter, the dual World Cup winner and three-time world player of the year, as a replacement player would also only cost the Blues $1800 per week.

Carter’s surprise presence would be the icing on the playmaking cake, giving the Blues depth beyond their wildest dreams, especially in a New Zealand derby competition that promises to be brutally combative.

The sight of Carter pulling on a Blues jersey is unlikely to sit well with staunch Crusaders supporters.