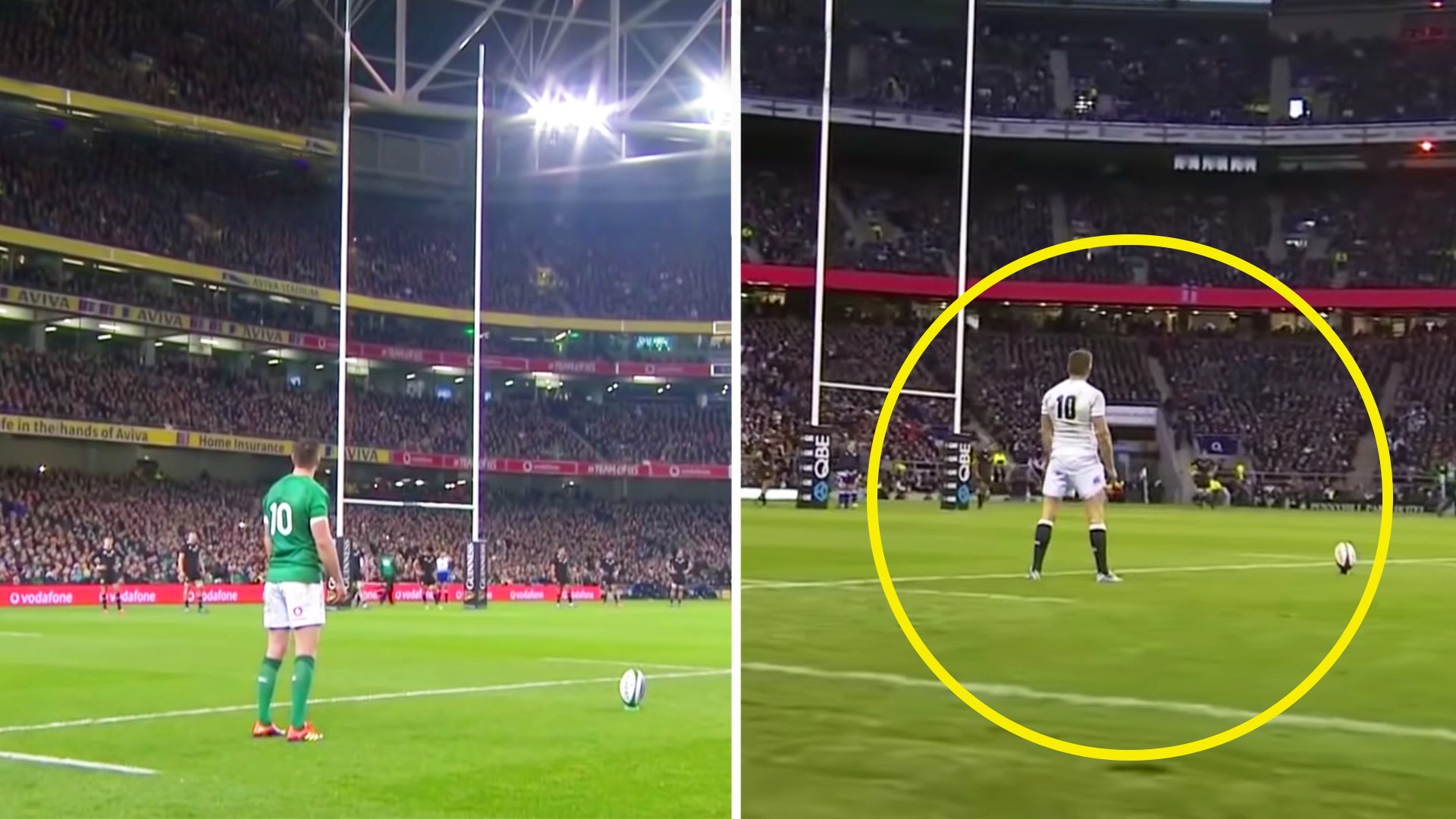 Twickenham and the Aviva are two of the most famous rugby venues in world sport – and kicking at these stadiums is no walk in the park.

The pressure and responsibility that comes with the role is already difficult enough.

Throw tens of thousands of fans into the mix and the task becomes all the more daunting.

"It’s not a great way to potentially finish, just peter out and fizzle out into nothing"

– The pandemic stoppage has forced John Barclay into a rethink https://t.co/0GtSMpFFDH

An Onslaught follower recently sent us in these two separate clips from Ireland and England against the All Blacks.

Both of the scenarios the teams find themselves in are almost identical.

The first clip comes from Ireland’s 2018 win over the All Blacks. Jacob Stockdale had just scored a fantastic solo effort to a huge roar from the Dublin crowd.

The second clip comes from Englands 2012 win over New Zealand. Again, in virtually the same scenario with Chris Ashton having just scored a wonderful team try.

Though both these sides find themselves in the same scenario – it’s clear from these videos that there is one big difference.

We’ll start off with the clip from Twickenham below.

We see as Farrell lines up to take the kick there is still a clear buzz around the home of English rugby. You can even hear boo’s, screams and cheers as the Saracens fly up moves up to strike the conversion.

In stark contrast. We move to Dublin.

Here we see Jonny Sexton lining up this crucial conversion against the All Blacks.

Some of the comments on this video from the Aviva are fantastic.

“I thought my earphones went bust or that something went wrong with my feed That is the most surreal crowd silence I have ever experienced in rugby. Magnificent.”

Another user made this amusing observation on the Leinster man’s kicking,

‘Ya can hear a mouse piss on cotton when Sexton makes a kick.’

It’s genuinely quite staggering to hear, or not hear, how silent the Aviva crowd falls for goalkickers.

Is this a fair comparison?