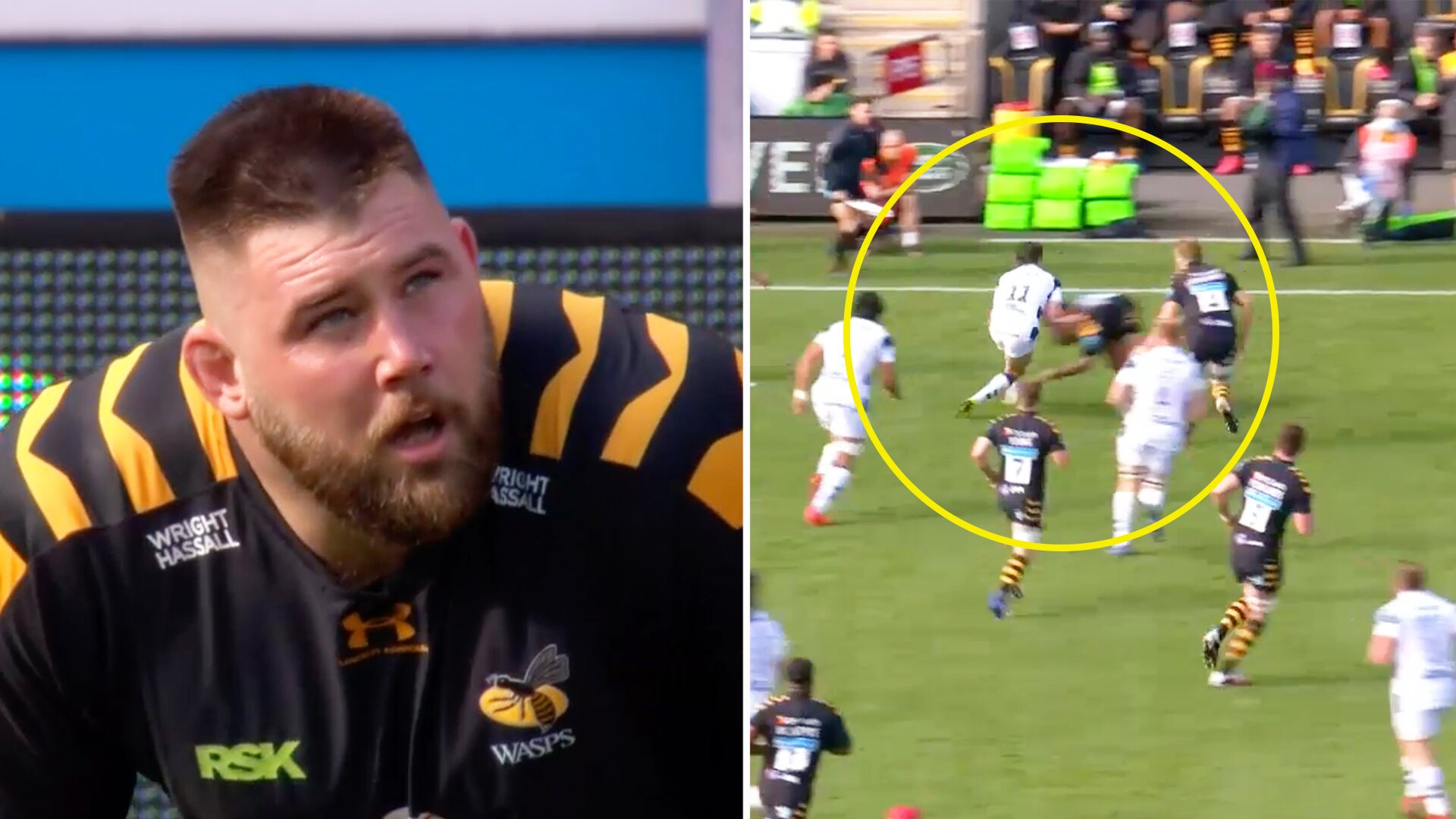 It was a frenetic start at the Ricoh Arena in the opening quarter of today’s Premiership semi-final between Wasps and Bristol and Kieran Brookes was the star man in the build-up to the opening score of the game.

Bristol were looking to play the ball quickly at every opportunity as they stretched the Wasps defence wide from right to the left but the 130kg prop was having absolutely none of it with this monster tackle in the 7th minute of play.

There is a limited crowd at the Ricoh today but it sounded like it was at capacity as the Wasps bench erupted with cheers following the bone-crunching shot from Brookes.

The hosts won a penalty off of this hit and were able to poke it into the corner through the boot of Jacob Umaga.

They were then able to take the lead off of the resulting lineout after this lovely chip through from Dan Robson.

This vision from Dan Robson! 🔮

As it stands the score stands at 13-5 after the Bears hit back with a try in the corner from Luke Morahan.

There is still confusion over whether France will play six Test matches this autumn, starting with the October 24 friendly scheduled against Wales in Paris, due to an ongoing row with the Top 14 clubs.

The France Council of State ruled against the summary motion filed by the Ligue Nationale de Rugby – on behalf of the Top 14 – against the French Rugby Federation, who want players available from October 19 through to December 5.

However, rather than that Friday decision green-lighting the way for the FFR to press ahead with its six-game plan, it was highlighted in its outcome that an agreement must still be reached by the FFR and the LNR.

As it stands, the LNR have only agreed to a three-match, four-week window, and while there were previous indications that they would likely agree to five games due to the rescheduling of the delayed 2020 Six Nations game with Ireland and the introduction of the one-off four-game Autumn Nations Cup, no agreement was ever formally reached and the scheduling of the sixth match with Wales has only exacerbated the difficult situation.

In a statement, the FFR welcomed Council of State decision in the interest of French rugby, claiming it would allow the management of France squad to have its players from October 19 to December 5, as defined by rule nine of World Rugby.