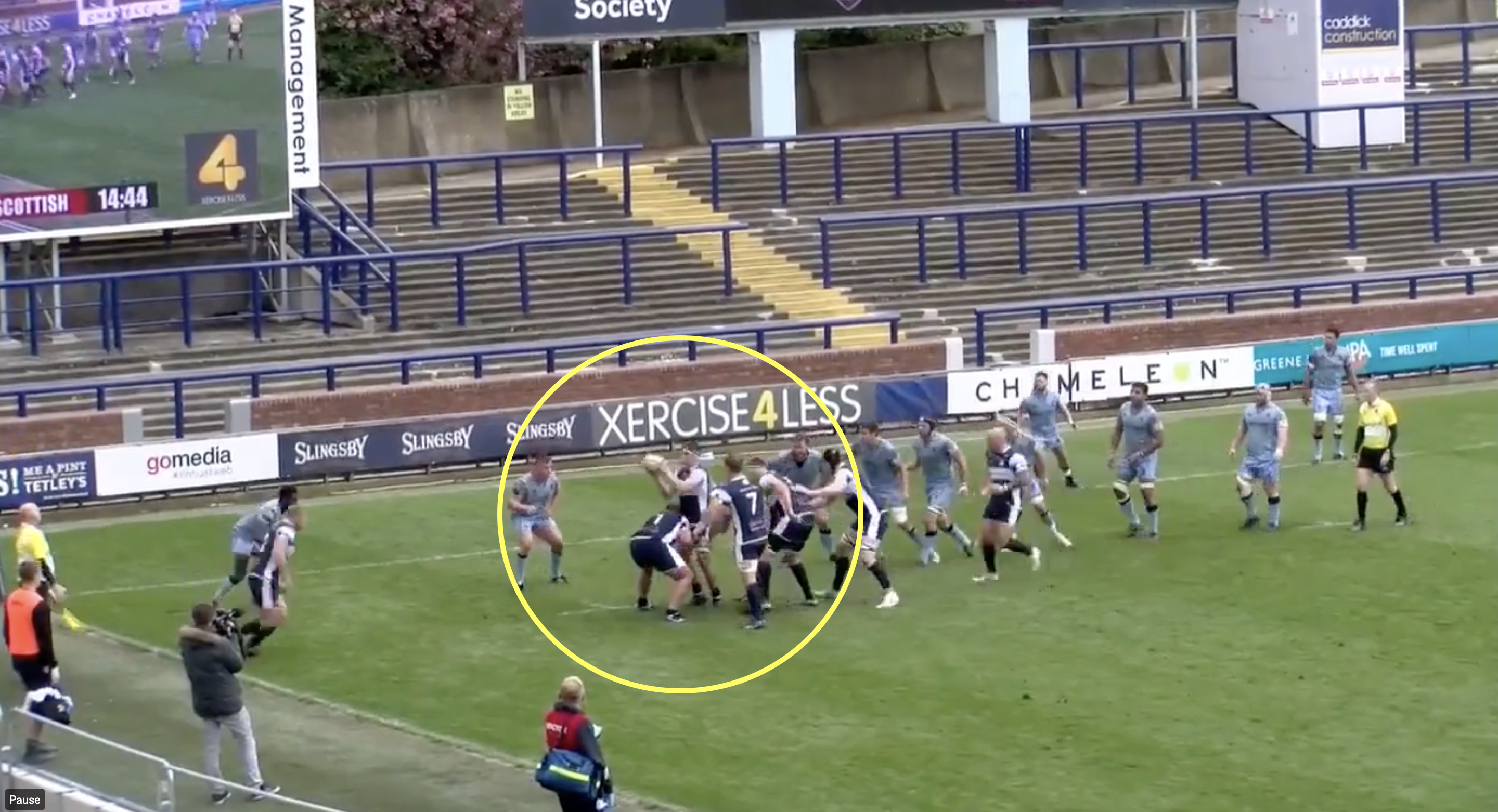 Maybe the weirdest ever 90 seconds in rugby has found itself on Twitter again recently, and it has once again gone viral.

The moment came four years ago in the RFU Championship in a match between Yorkshire Carnegie and London Scottish, and was recently shared by David Reboursiere on Twitter.

It was truly bizarre as London Scottish chose to disengage at a maul from a Yorkshire lineout. What happened was 90 seconds of a stationary maul with everyone on Earth waiting for something to happen. Yorkshire knew that they couldn’t move forward as they would be done for obstruction. Equally, Scottish knew that a maul is not formed until “as least one player from each team [is] bound together and on their feet,” according to World Rugby’s laws. What happened was an awkward stand-off that would have left first time viewers utterly baffled.

Referee Nigel Owens actually discussed this tactic and law loophole on Brian Moore’s Full Contact podcast a few years ago when teams started to adopt this approach more and more.

“I’ve seen it happen before when a side sets up a maul and the defending side don’t want to come in and form a maul,” the Welshman said.

“The side with the ball don’t want to move forward until the other side come in so they can’t take it down and it all becomes a bit of a stalemate.

“If nothing is happening you either wait and keep on going for another 100 minutes or you blow up and give the scrum.

“What tended to happen, we saw quite of a few of these uncontested mauls from lineouts happening last year and that was because we as referees weren’t refereeing the law strict enough on the set-up of the maul.

“What was happening teams were setting up the maul illegally with the ball carrier coming down from the lineout and putting two supporting bodies in front.

“It was impossible for defending sides to get at the ball carrier to compete and defend that maul.

“It became a potent attacking weapon because we weren’t strict enough with the laws of setting the maul up.

“So what the defending side were doing was not contesting that maul.

“That’s why it started to creep in, so what we did as referees, with guidance from the top, was referee both teams exactly the same and we need to be better at refereeing the legality of the set-up of the maul.

“And I think we’ve done that.

“By dealing with this, the maul became more defendable because it became a fair contest, as everything should be in the game.

“You don’t really see a lot of this non-contest any more.

“If it does start to creep in maybe us as referees need to start re-focusing and see what is happening here.”

The video was actually shared by Will Greenwood four years ago when it happened:

It’s rugby but not as we know it!! @carnegierugby v London Scottish… Scottish trying to diffuse a maul.. ends up looking like Kabbadi!!!! Laws introduced to keep the Ball in play and coaches find a way round them.. 😂😂 @SkySportsRugby #TheOffload pic.twitter.com/Cj76B43vSo