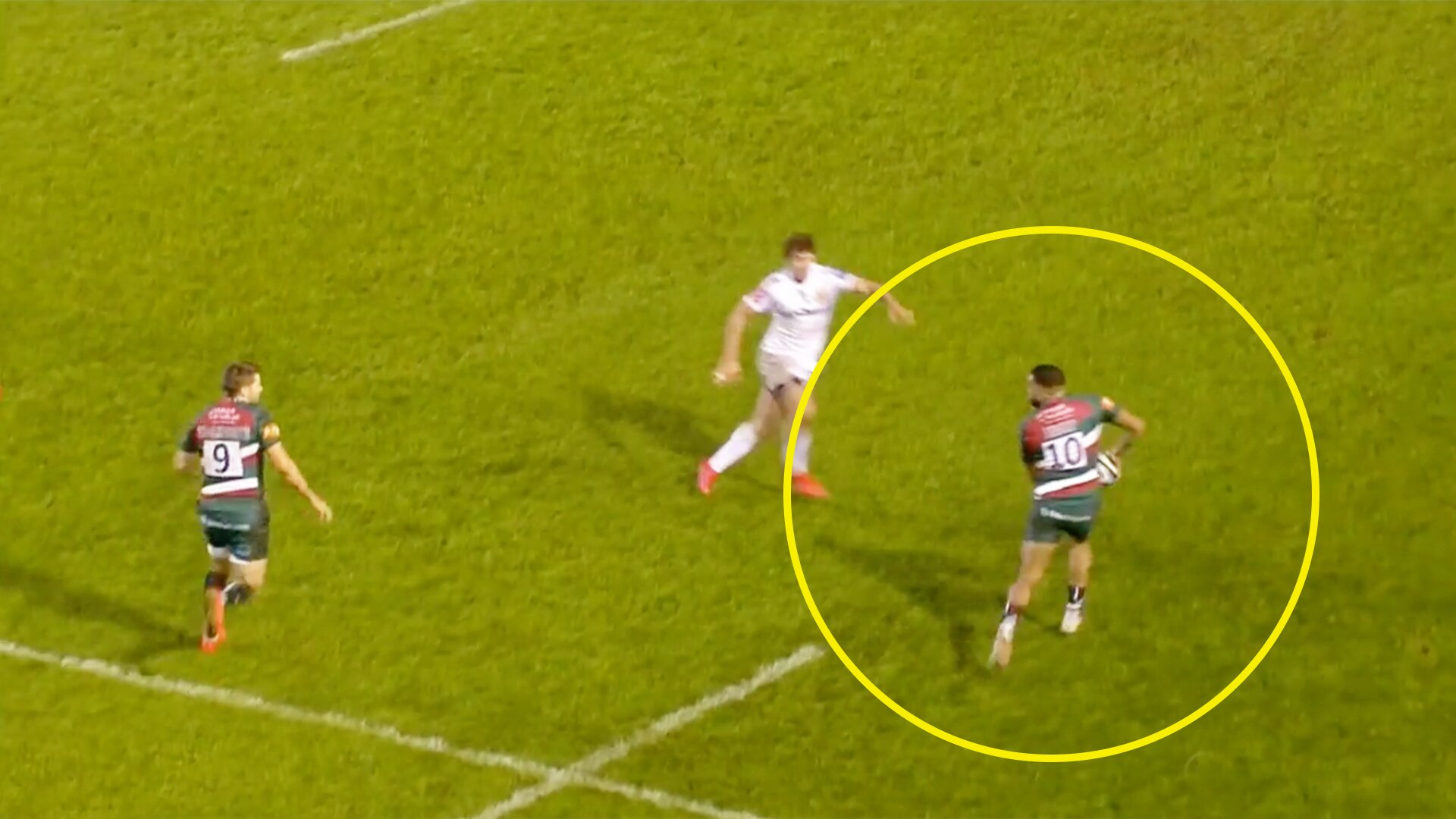 In all my years i’ve not witnessed a try balls-up as bad as this howler from Leicester Tigers today.

The Premiership side’s newfound reputation as the league’s losers was further solidified today after this shocking effort against Exeter Cheifs at Welford Road – or whatever they call it these days.

Seriously, you have to see just how bad this is to really get it.

The howler of a moment came as the game was approaching it’s hour mark with Leicester looking to fight their way back into the game as they trailed by eight points.

With the scores stood at 13-21 to the visitors, Leicester had a gilt-edged opportunity to fight back within a point as they broke away down the right wing.

We watch as Jordan Taufua busts through the Chiefs defence before being hauled down. He brilliantly manages to keep the ball alive by flicking it up into the air before he can be dragged into touch.

Leicester fly-half Zack Henry gallops into the Exeter half with acres of space around him. What follows is truly woeful.

Watch the Leicester Tigers howler in the link below.

One of the worst butcheries you’ll ever see 🤢 pic.twitter.com/slcx6wZsn6

We see as Henry races into the Chiefss 22 before slowing down to little more than a jog as he looks to draw in the final defender.

Inexplicably, he doesn’t make the most of the clear two on one that has presented itself and the defending champions are able to scramble a last gasp defence to halt the Tigers attack.

Fans on social media were less than pleased with their fly-half after this moment.

A game changing moment if Zack Henry offloads to Wigglesworth at the very least could have got us a losing bonus point! #LEIvEXE

Zack Henry no what are you doing

What did you make of this butchered try? Was it as bad as we’re making out? Let us know what you think.