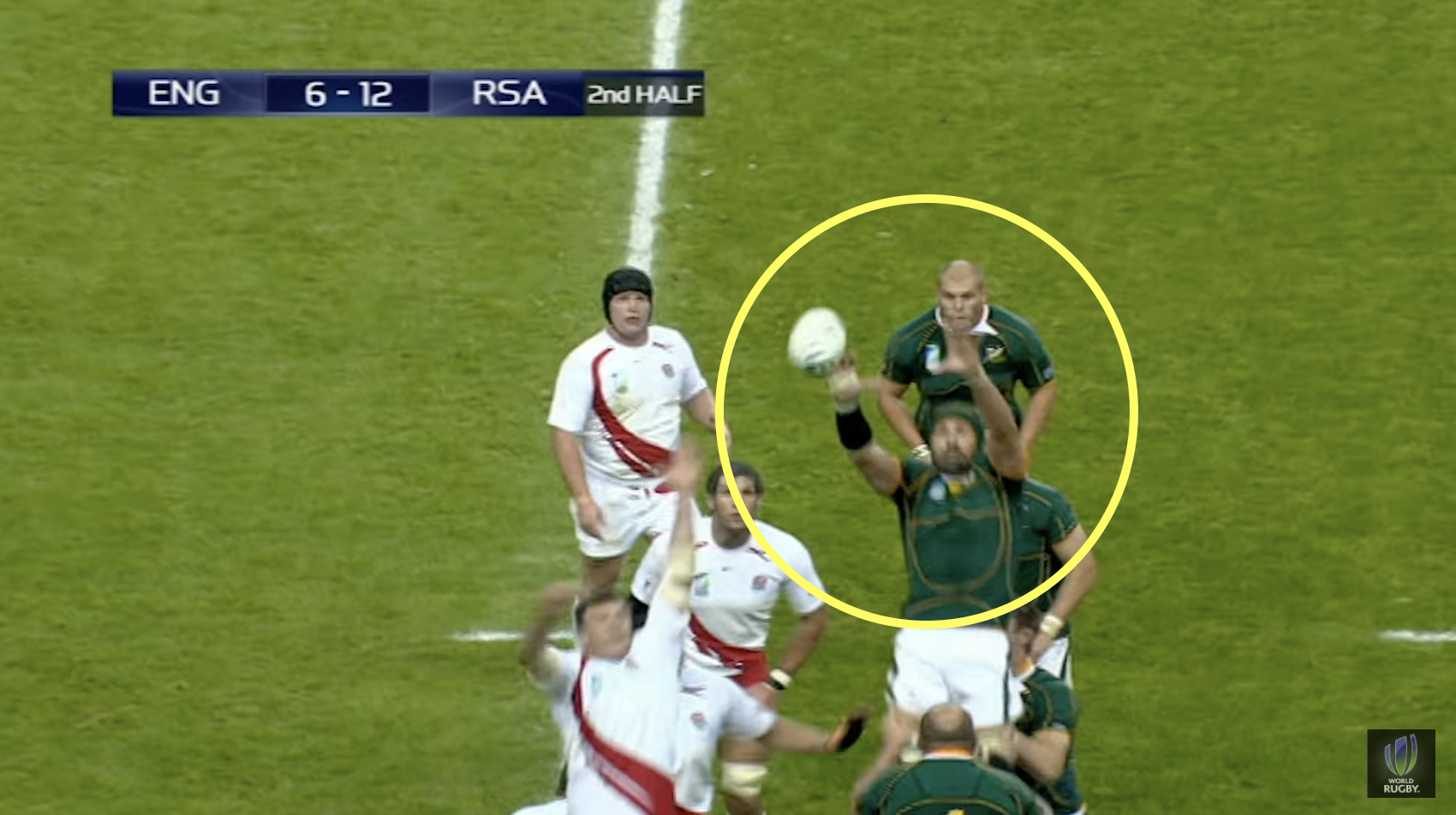 The 2007 World Cup winning Springboks team was absolutely jam packed full of legends of the game, even more so than the 2019 world champions.

One of them was undoubtedly the nation’s most capped player Victor Matfield, who was named man of the match in the final against England in Paris 14 years ago. The 127-cap lock relived that final in World Rugby’s latest episode of Jersey Tales, in which he said the 07 final shirt was his favourite of all.

In the video, he ran through all the legendary figures he played with in 07, whilst also naming his teammate Fourie du Preez as the best player he ever played alongside. That is quite a badge of honour for the former scrum-half given the plethora of legends that Matfield played alongside.

In that World Cup winning squad alone there were some greats of South African rugby, let alone the players he played with in the eight years after lifting the Webb Ellis Cup before he retired in 2015. The lock played with many titans of the 2019 World Cup winning squad before retiring such as Eben Etzebeth, Tendai Mtawarira, Duane Vermeulen, Pieter-Steph du Toit and Siya Kolisi, so this is very high praise.

Then again, Matfield is not the only person to rate the 76-cap scrum-half as one of the greatest ever.

“One of the most important games of my life, the 2007 World Cup final,” Matfield said.

“In 2004 we started off with Jake White. In the first day that he walked into the changing room, on the board he wrote ‘World Cup winners 2007,’ and for four years we worked so hard together.

“This jersey with all these signatures, if you look at the names on the jersey. John Smith- the best captain I’ve ever played under, Bakkies Botha- my combo, Schalk Burger, Danie Rossouw, Fourie du Preez- the best rugby player I ever played with, Bryan Habana. It’s just unbelievable.”