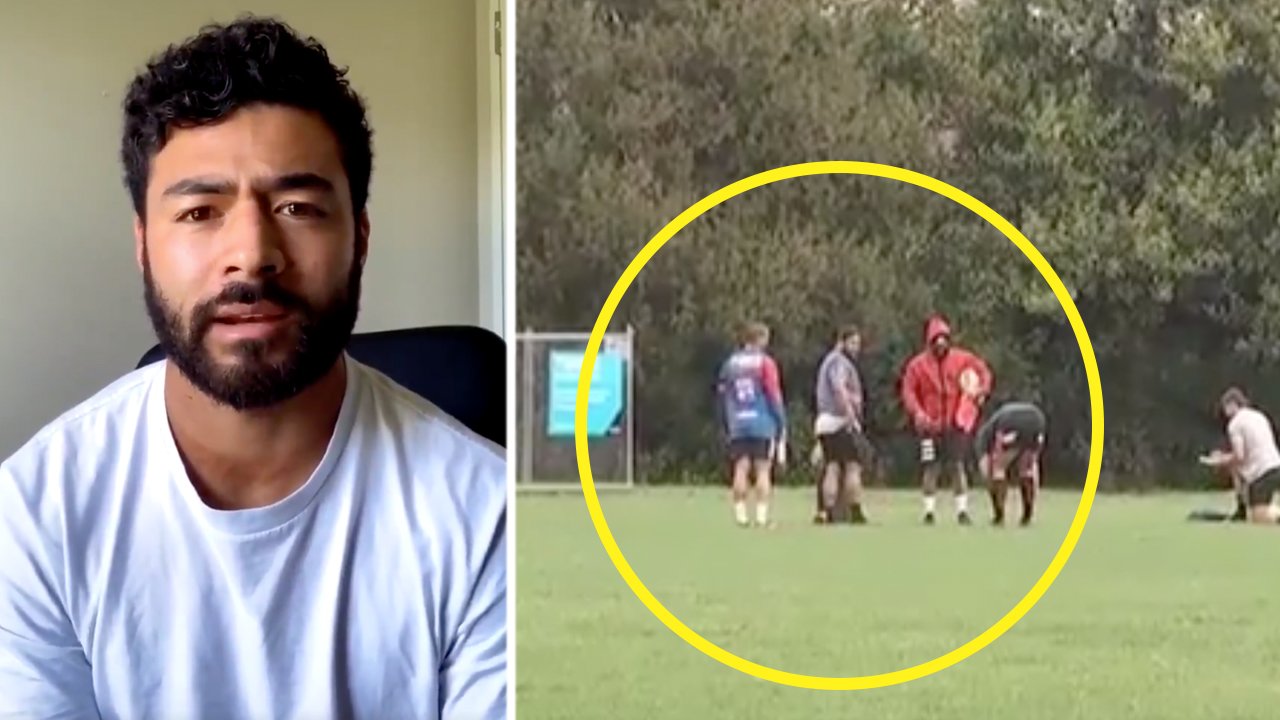 Photographs of the players emerged on social media and the Crusaders confirmed they had breached their own rules around individual training during the coronavirus lockdown.

In the video, Mo’unga claims that he coincidentally turned up to the pitch at the same time as the other players. And when one of them threw the ball to him, he instinctively caught it.

Does anyone smell that…?

He says it was “not an organised training”, “a coincidence”, and touching the ball was “instinctive”. pic.twitter.com/RKvOUUYKx4

Under the country’s strict controls, households have to stay within their own “bubble” and maintain social distancing from others.

“They shouldn’t have been at the same location,” Mansbridge told Newshub. “It wasn’t planned and they should know better. I have spoken to those involved, and will reinforce that again tonight.”

The Crusaders have since released a statement to address the issue.

“The Crusaders are aware of some of our players training at Malvern Park in Christchurch today,” the statement read.

“Management have spoken with the players involved, all of whom live within walking distance of Malvern Park. The club is confident this was not an organised training session among the group, but rather one group of flatmates training in their ‘bubble’ who were coincidentally joined by a second group.”

Crusaders CEO Colin Mansbridge said: “In the midst of the COVID-19 pandemic, this is a time when our community needs to work together and look after one another, and our players are social leaders in that regard. Richie Mo’unga bizarre to say the least.