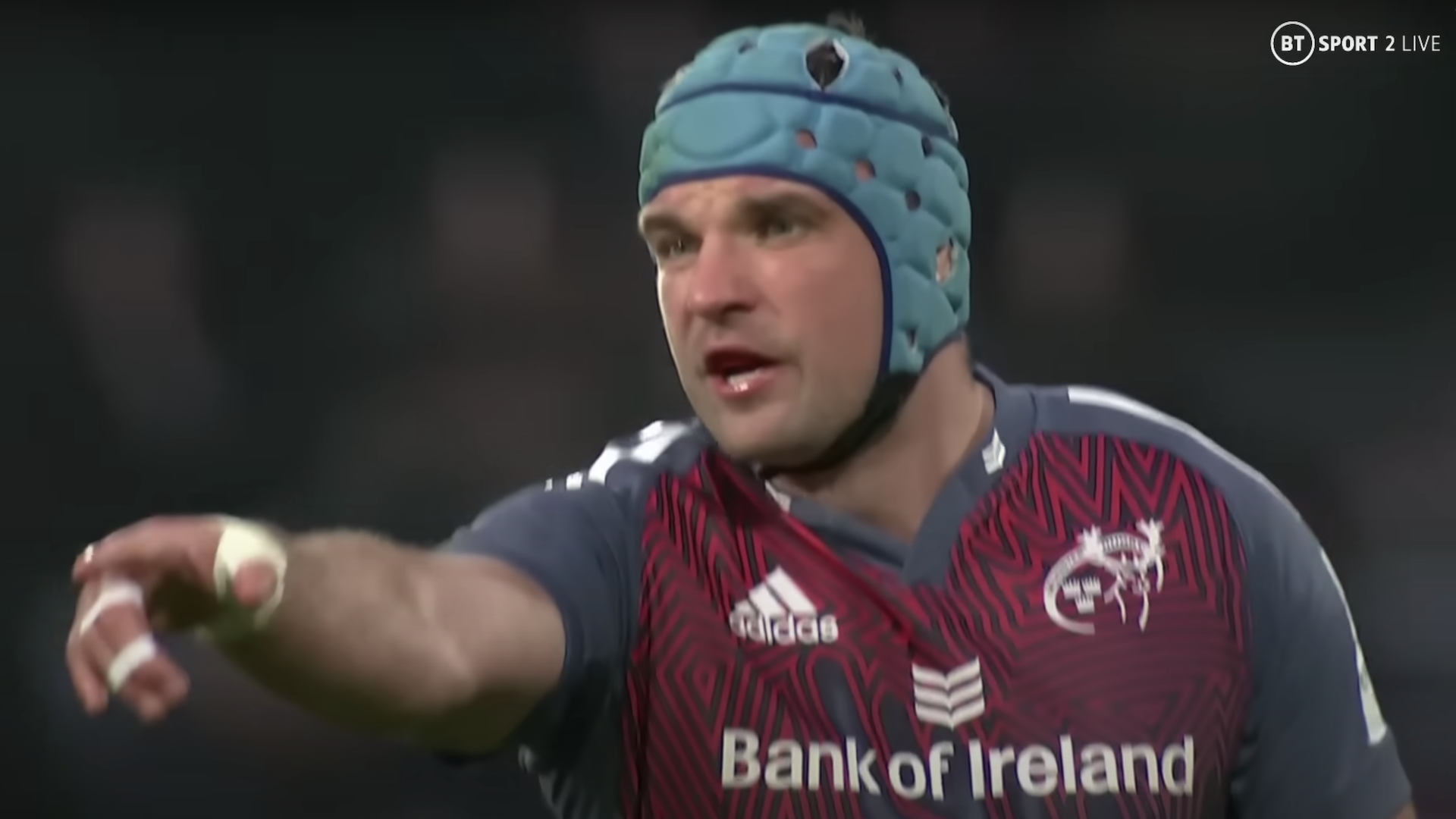 It happens every match, usually a number of times per match: a player is penalised for being on the wrong side of the ruck. Sometimes they are there accidentally, but sometimes they are purposely there and trying to slow the ball down.

Well Munster lock Tadhg Beirne was very much part of the ‘accidentally on the wrong side of the ruck’ camp against Toulouse on Sunday, and he made that clear to referee Karl Dickson and in doing so managed to avoid giving a penalty away. How did he manage to do that? He kindly handed the ball to Toulouse’s Antoine Dupont on the other side of the ruck.

This was a stroke of genius from the Ireland lock, and is possibly a game changer for helping referees determine whether a player is purposely killing the ball or not. Or course, Beirne was clearly handling the ball off his feet at the ruck, but he did so to actually speed up the play for the opposition.

The whole sequence looks strange, but Beirne was able to avoid giving a penalty away late in the match. It was in the 77th minute when this happened just outside Munster’s 22 with the score 20-14 Toulouse- had he given the penalty away it would have been impossible for Munster to win.

In the end, it did not change the match too much as Toulouse still won 20-14 at the Stade Ernest Wallon, but this was still a quick piece of thinking that players could copy in the future. That is of course players who accidentally find themselves on the wrong side of the ruck.

The results means that Munster will now travel to South Africa to take on the Sharks in the round of 16, while Toulouse host the Bulls.

Take a look at Beirne’s stroke of genius: