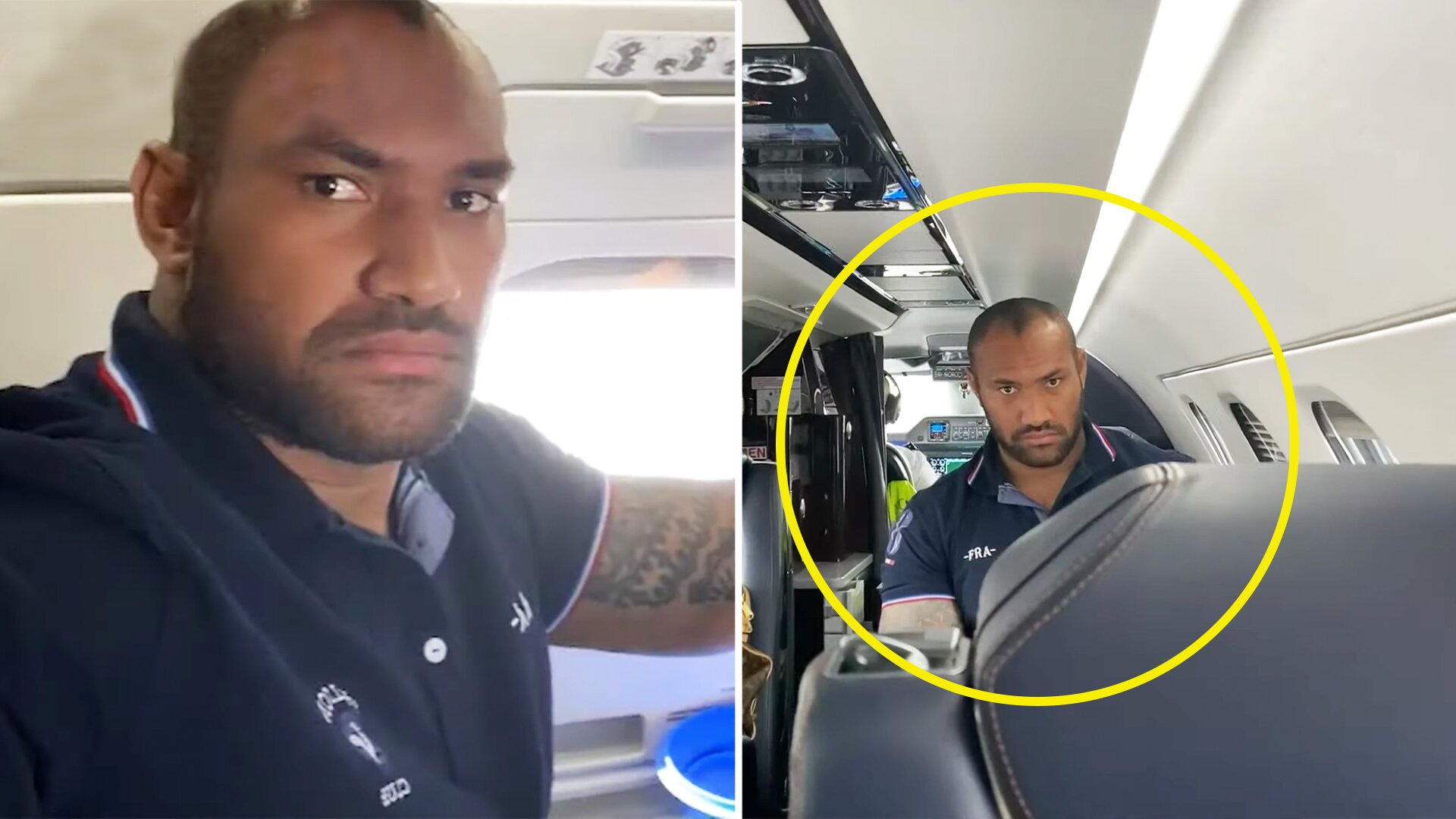 We’ve uncovered this unseen video that shows the inner workings on Nemani Nadolo’s recent move to Premiership side Leicester Tigers.

The East Midlands club snapped up the Fijian flyer from Montpellier in a transfer that has caused much excitement at Welford Road.

This new video from the Nadolo family Youtube channel has showed behind the scenes elements of this lucrative rugby signing.

We see in the video as the family prepare for their move over the channel to their new home in England.

The Nadolo’s pack their bags and make their way to the private terminal at Montpellier airport.

We see as the security guards and Nemani joke together as their passports are checked. The video then goes on to the family and their dogs being chauffeured onto the airport runway to be taken to their private jet.

We can see that Nemani is nervous here as his wife asks, ‘Are you ready?’, to which Nemani replies with a stern shake of the head.

As the taxi pulls up we get a good look at the Phenom 300E Embraer jet that has been laid on to transport the rugby star and his family across to England.

The video then pans to inside the aircraft as Nemani takes his seat along with his wife, child and the family dogs.

It’s clear to see that Nadolo is nervous about the upcoming voyage – and with good reason.

Watch the new video below to see how he faired

Leicester Tigers have given new signing Nemani Nadolo their backing after the Fijian called out the casual racism of some people following the Gallagher Premiership club’s announcement of the signing of his fellow countryman, Kini Murimurivalu.

Nadolo took umbrage over some social media comments relating to the pronunciation of the Fijian full-back’s name, sharing a screenshot and replying: “A comment made on the signing of my mate Kini Murimurivalu by one of the supporters… sorry but I don’t stand for this s***… I’ll let head office know tomorrow to change my name to Bob to make it easier for some!”

The Fijian, who has joined Leicester this summer from Montpellier, returned to the matter the following day, saying he bore no grudges but hoped “we can all respect each other whether it’s our name, race or religion”.

This Nadolo exchange has now been addressed on Leicester Tigers TV by their director of rugby, Geordan Murphy. Asked if rugby is a racist sport, Murphy said: “In no way do Leicester Tigers condone racism. I would say that. That is the easiest way to say it.

“Education is a huge piece because worldwide we are seeing that racism is inherent across all walks of life and people obviously need educating. I don’t think there is badness in people but sometimes that is on the wrong side of it.