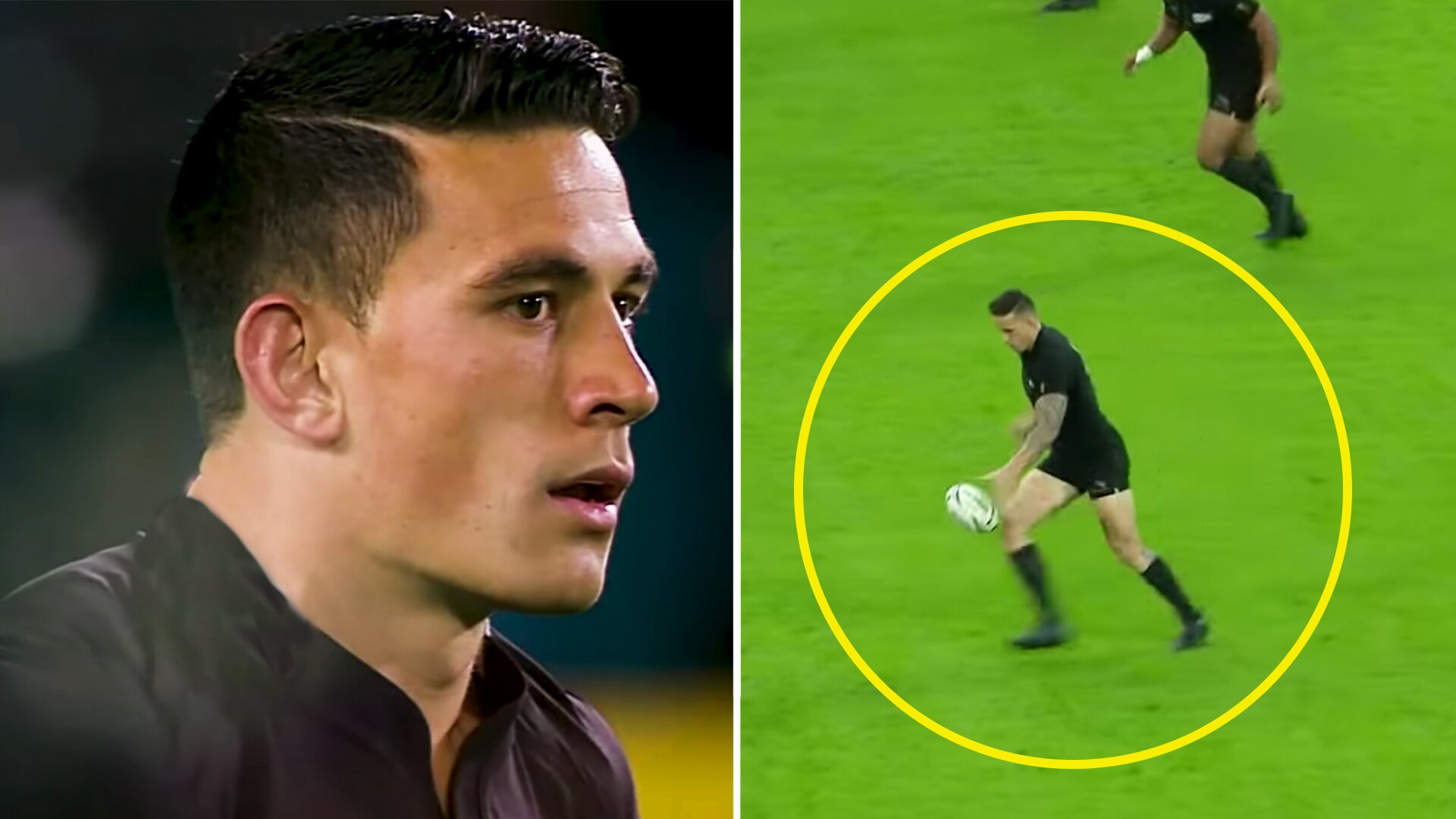 Sonny Bill Williams is widely regarded as one of the best centres to have played in modern test rugby.

Despite this – no one talks about the day he single-handedly saved the All Blacks 2015 World Cup campaign with this mesmerising performance off the bench against Argentina.

World Rugby have just released the rugby World Cup match between the two sides in full on their Youtube channel – we forgot how good this game was!

When Sonny Bill Williams came on as a replacement for Ma’a Nonu in their 2015 opening pool game – his side were in a dire situation.

They trailed 12-16 against the Pumas who were looking to pull off what would be one of the great World Cup upsets against the reigning champions.

He came on five minutes after the interval with his side trailing.

Someone on YouTube pointed out that SBW gave the performance of his career to get the All Blacks through their World Cup quarter final in 2015. Going to show just how pivotal he was over these next few clips pic.twitter.com/cvDUCMQVn9


We see below that within a minute of coming on Sonny Bill was already changing the game with this wonderful one handed pass that was somehow dropped an inch short of the try line.

Dogged determination to win field position for his side pic.twitter.com/y8pcYaje0X


Sonny Bill was really asserting himself into the match after the hour mark – holding up the ball in contact brilliantly before controlling the play later on in the phase.

Holds up the play before keeping the ball alive brilliantly here. We see him later on in the phases playing a key playmaker role pic.twitter.com/KQLnybw8ff

We see here as the powerhouse centre reacts quickly to an Aaron Smith breakaway to break through the Argentine defence.

Sbw with the draw and pass to set up this pivotal try pic.twitter.com/5NKWov7xau

Late on in the match Sonny Bill really showed his class as New Zealand looked to defend their slim ten point lead.

The ball fell to him on his own 10m line before he did something that not many knew he had to his game.

He drives a punt kick through into the Pumas half that bounced out just before their 22m line, relieving the pressure for his side.

When the Pumas are looking for a way back into the game – SBW drops in this pinpoint kick to relive pressure for the AB’s pic.twitter.com/zpiE7tUOx0

Have we seen a better or more pivotal impact performance than this in rugby history?

We’ve linked this masterclass display from Sonny Bill Willaims below