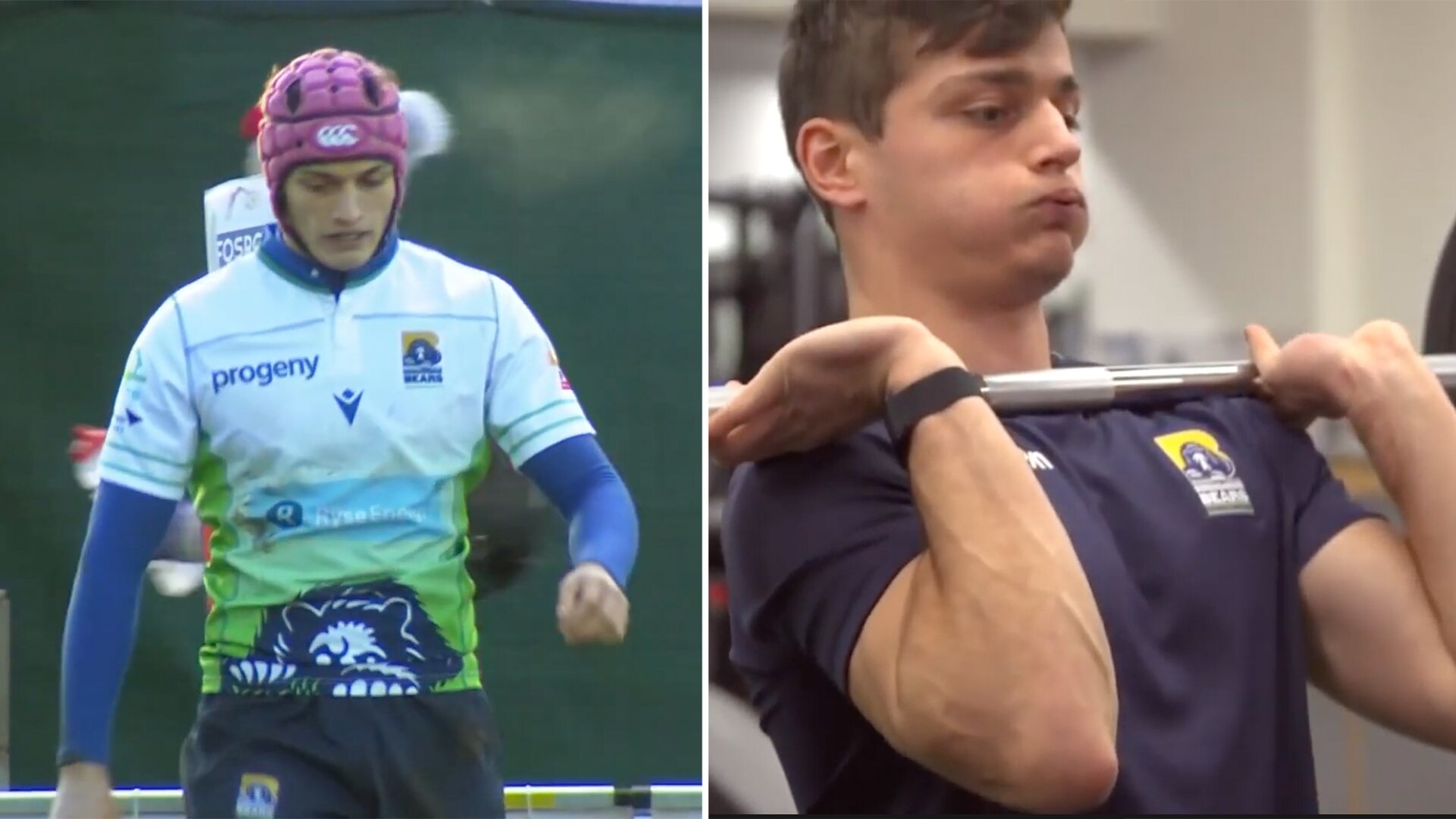 The youngster plays for Boroughmuir Bears in Scotland at fly-half and he has made an incredible impact in the North of the United Kingdom.

The new highlight reel, which was released only a few ago, highlights the incredible skillset that this young man has.

Could this young rugby player from Czechoslovakia have a future in professional rugby?

This highlight reel would show that!

In other news: World Cup winner de Allende has let slip his toughest obstacle settling in at Munster

Springbok Damian de Allende, the new Munster midfield signing, has revealed the one thing that he has struggled most with following his recent switch to Limerick – the Irish weather.

Having recently arrived in Ireland, the 28-year-old centre who spent the earlier part of 2020 playing in Japan for Panasonic Wild Knights is hoping to rehab a calf problem in time for Munster’s Guinness PRO14 2019/20 restart match away to Leinster on August 22.

Speaking in his first interview since joining Munster, de Allende was asked how he is finding settling into his new surroundings. “It has been great,” he said on the Munster website video.

“The one tough thing I need to get used to is the weather. When people say the weather is quite bad I didn’t actually believe it. We are getting a little bit of sunshine but it’s probably once every few days at most, but other than that it has been really good. To be at the HPC (high performance centre) has been great.”

It won’t be until the new 2020/21 season that de Allende will likely have the chance to play at Thomond Park. The province’s two rearranged 2019/20 regular season matches – versus Leinster and Connacht – are scheduled for Aviva Stadium and a semi-final appearance is also likely to be played out behind closed doors in Dublin.