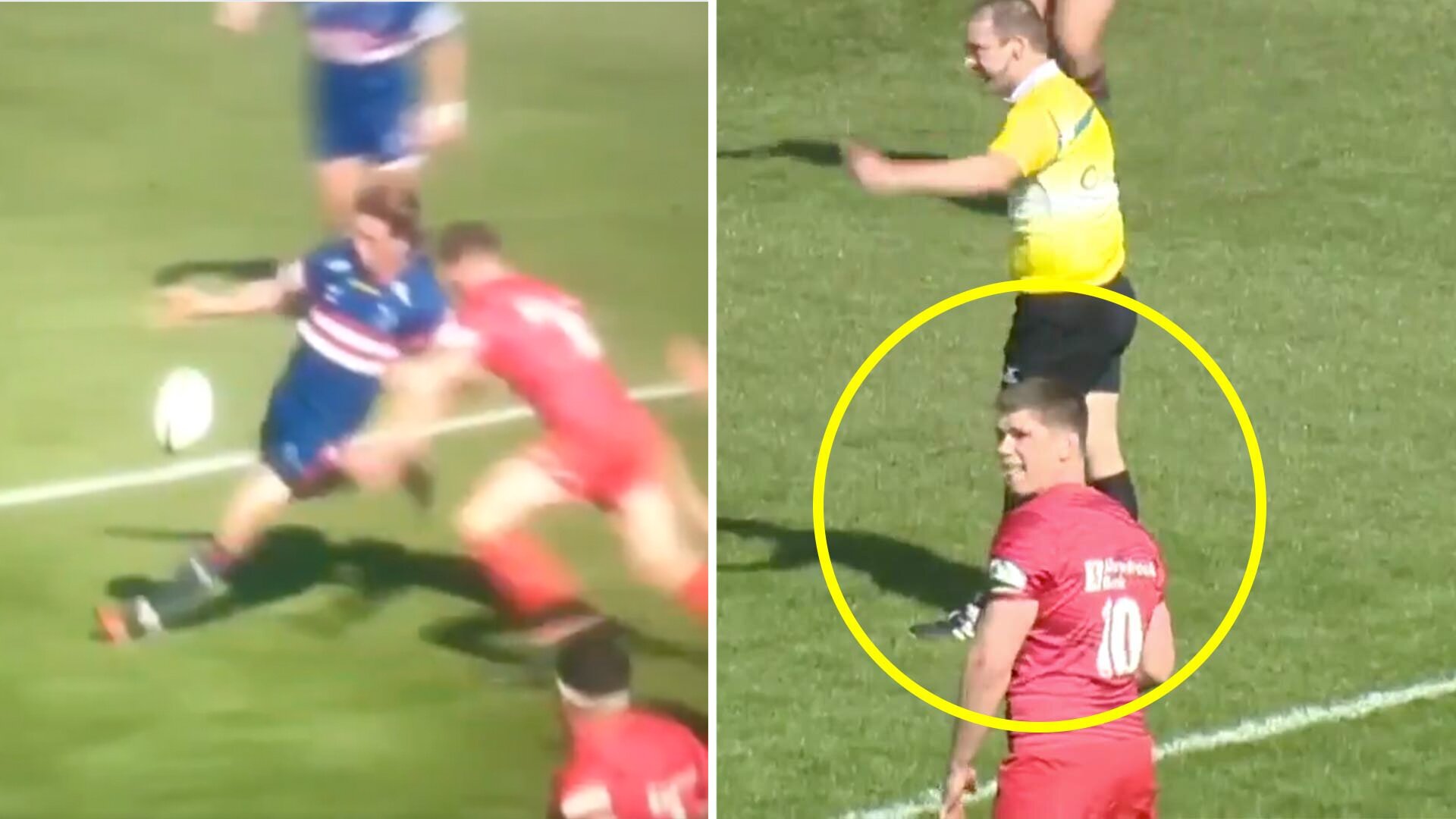 Owen Farrell seems to have somehow avoided punishment yet again in rugby after a clear red card challenge was missed.

The England captain was playing in the Championship for the first time this season, as he has missed a lot of the domestic season with England duties and injuries.

He helped his side easily dispatch Doncaster this weekend in the tournament, however, he was in the spotlight again for all the wrong reasons.

The Saracens side have looked back to their brilliant selves since they have returned in the tournament after the Six Nations when their best players returned.

The likes of Maro Itoje and Billy Vunipola have helped their sides to dominate.

Footage shows Owen Farrell performing a high tackle on a Doncaster player, something which appears to have become all too common in his game.

Say what you see, must be different tackle laws in the Championship, no card and no citing….. pic.twitter.com/gsAA4qoxg7