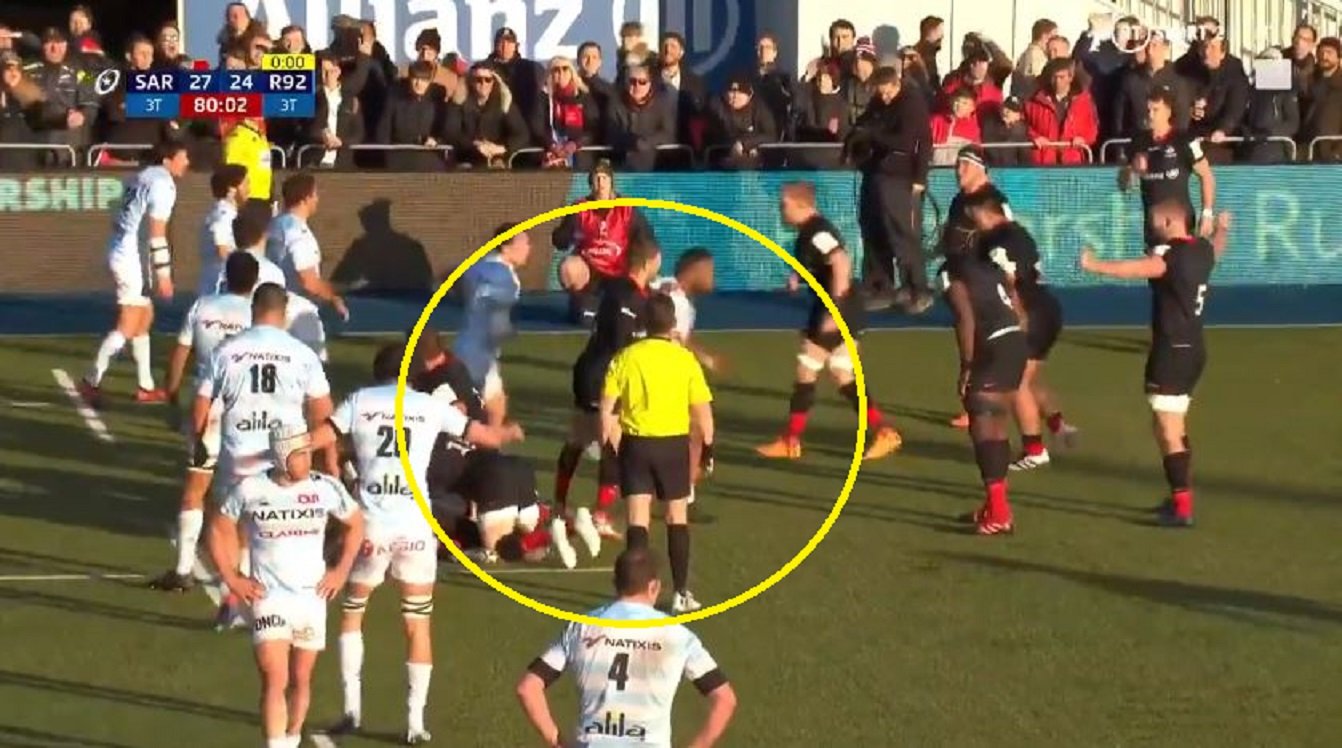 There was lots of raw emotion for Saracens players after they survive in Europe for a little longer after beating Racing 92 in London – not least Richard Wigglesworth.

Despite being down to 14 men at one stage, the red and blacks fought back to win by an Owen Farrell penalty kick.

Racing already sealed top spot in Pool 4 last weekend with a bonus point victory over Munster Rugby, so their objective in north London was to earn a home quarter-final while Saracens realistically had to win to have any chance of qualifying as a best runner-up.

That said, it’s been a dreadful week for Saracens and there’s been lots of schadenfreude among rival fans, somewhat understandably.

Last night Premiership Rugby confirmed that Saracens Rugby Club will be relegated from the Premiership at the end of the 2019-2020 season.

“The Board of Saracens wishes to unreservedly apologise for the mistakes made in relation to the Salary Cap Regulations.

“Our goal is to rebuild confidence and trust. The first step was to appoint a new independent chairman to lead on governance reform ensuring errors of the past are not replicated in the future. Furthermore, following open and frank discussions with PRL, we have accepted the unprecedented measure of automatic relegation from the Premiership at the end of the 2019-2020 season.

“We understand this decision will be difficult for the Saracens family to accept. The Board must embody the values of the club, learn from its mistakes so the Club can come back stronger. It is in the wider interests of the Premiership and English rugby to take this decisive step, to ensure everybody is able once again to focus on the game of rugby, which we all love.

“We hope that we can now start to move forward, begin to restore confidence and over time, rebuild trust with PRL, its stakeholders and the wider rugby community.”