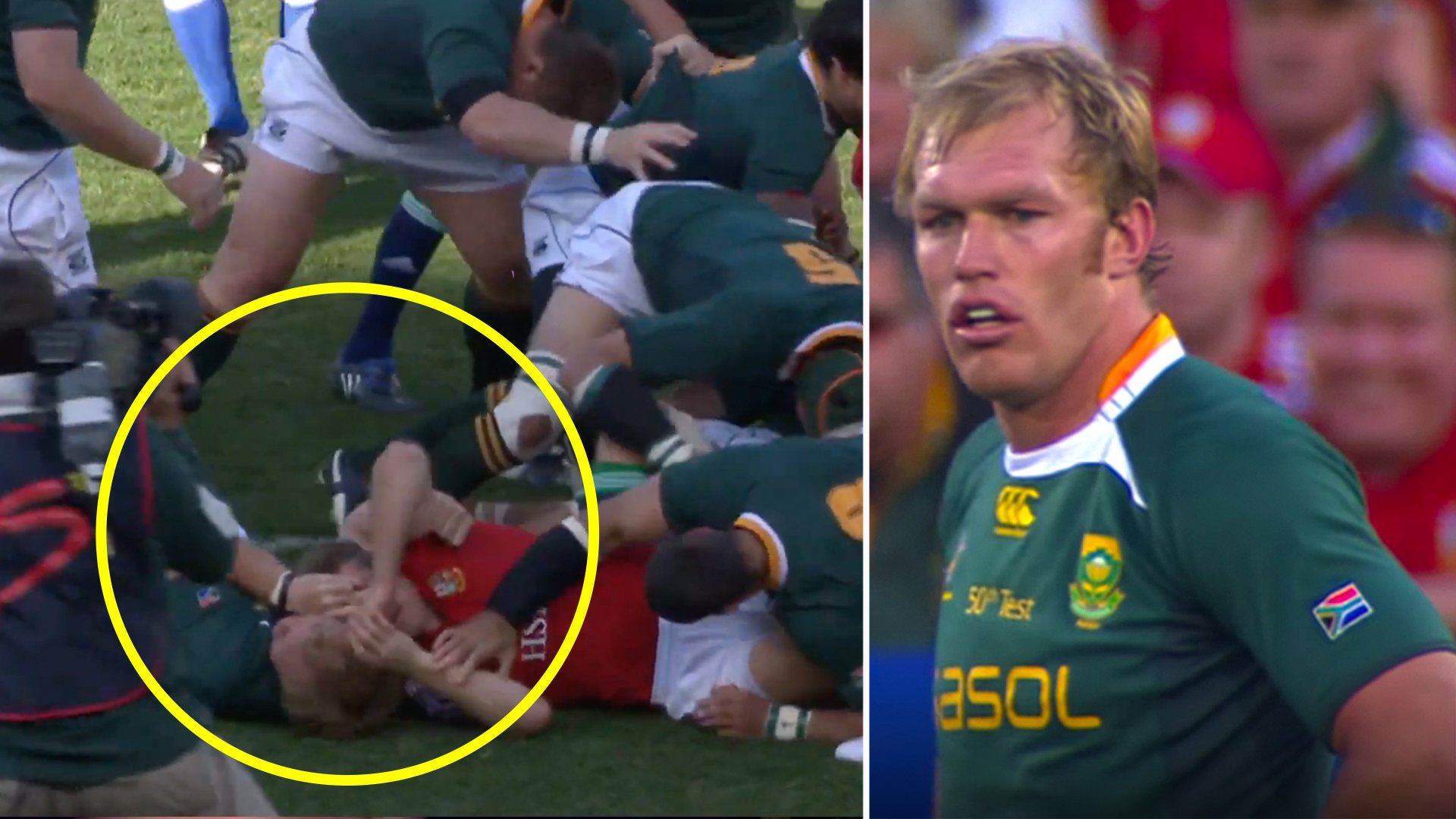 Full HD footage has been released showing the moment when former Springbok Schalk Burger ruined his reputation with one of the worst pieces of thuggery that we have ever seen.

The Springboks certainly have some strong players on their team. But they have also have some dirty ones. Bakkies Botha infamously headbutted a teammate in 2010.

Botha’s teammate Schalk Burger can also claim a dirty track record with the 33-year-old dealt an eight week ban for his attack on British & Irish Lions wing Luke Fitzgerald in 2009.

Burger remarkably escaped with just a yellow card during the game despite being caught by touch judge Bryce Lawrence as he stuck his fingers into Fitzgerald’s eyes just 28 seconds into the match.

RugbyPass today released full footage of the match and the incident.

But obviously the Springboks somehow got away with it on this occasion and went on to win the match. Typical really when you come to think of it.

Schalk Burger and his reputation never really survived this however.

Brian O’Driscoll made some huge hits in that game too!

In the TV commentary, pundit Stuart Barnes claimed at the time that the game-stopping second-Test tackle “is the sort of hit from one of your players that lifts players. That’s brilliant play from O’Driscoll.”

Much has been made about whether the hit that O’Driscoll made was illegal or not.

The 61st-minute clip from a match the Springboks went on to dramatically win to clinch the Test series sparked huge debate on Twitter about the legality of the tackle and whether it would be carded today, whether O’Driscoll was onside when he first started his run-up towards Rossouw, and how in the current climate of player safety it is wrong to be ‘celebrating’ an incident that left two players injured with a concussion.