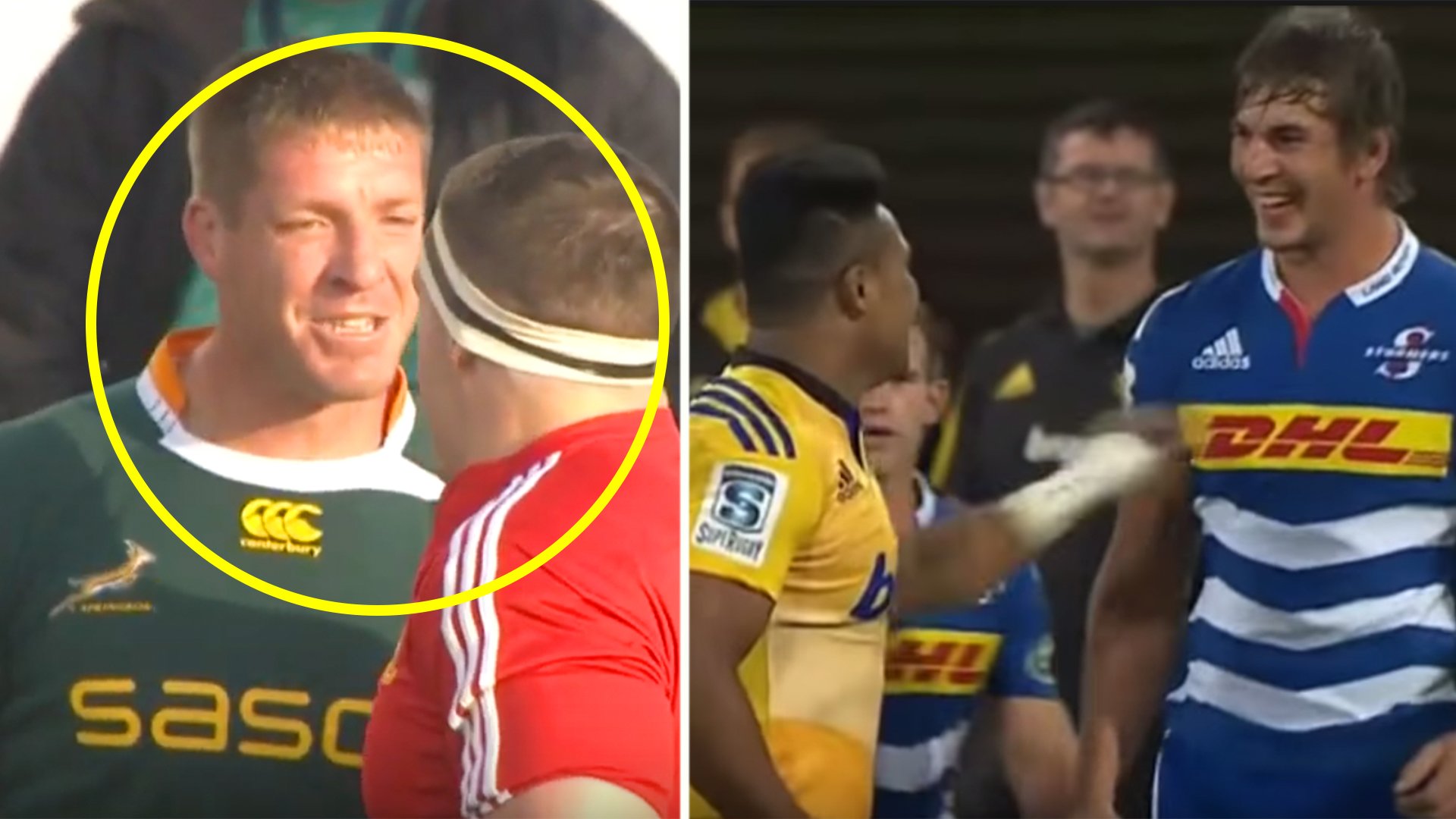 Many rugby fans know Eben Etzebeth as one of the most intimidating men to have ever played rugby. But there was a man who taught him everything that he knew. You think Etzebeth is a mad dog? This is who taught him.

Bakkies Botha is the original rugby enforcer in our sport, known to be quite possibly the hardest man in rugby.

Bakkies Botha was coming to the end of his career when Eben Etzebeth came on the scene, but they still trained together for a year or so.

Etzebeth is known as a mad dog in rugby, he was taught by someone even harder than him! A terrifying video compilation has dropped Etzebeth’s mentor Bakkies Botha and it really shows just how much of an enforcer that he was in rugby.

An enforcer in rugby is someone who is sent out to assert dominance for their team, and Bakkies was the man to do that for South Africa for 10 years.

In this video, you can see how he was always the man in the middle of a fight or scuffle against the other team.

Here is the video called “The Original Enforcer”.