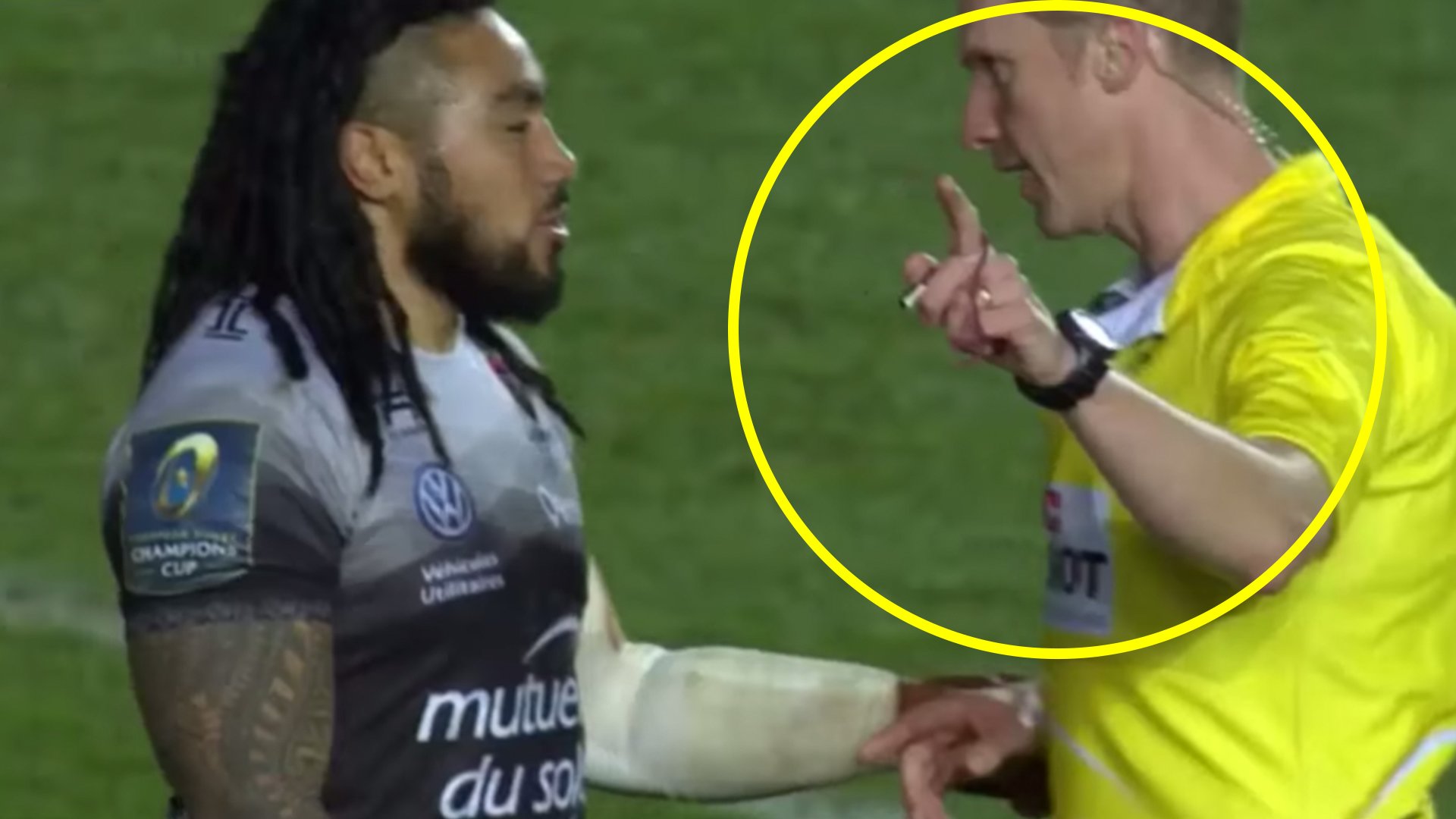 A new video has just dropped showcasing the immense of respect that rugby referees command in the sport. The compilation was dropped by BT Sport today.

In the video, respect was given to referees such as Nigel Ownes and Wayne Barnes as they commanded complete authority over the other players on the pitch.

Rugby referees are known to be one of the most respected in sport, shining a light in how officials should be treated in professional sport.

The video has already amassed 200,000 views in just 3 hours online.

A collection of Gallagher Premiership and Heineken Champions Cup referees putting players in their place when tempers rise on a rugby pitch.

In a report made by the BBC last year…

The head of Premiership referees Ed Morrison has said rugby officials are shown more respect than in football because of the tradition of the sport.

There have been calls for football to replicate rugby and  Morrison told BBC Look East: “In the game that has been handed down to us the referee is very much respected.

“His decision making is accepted. That’s a tradition in rugby. It’s not necessarily been so in soccer.”

Rugby is often noted for the authority referees possess on the field and conversations between players and officials are broadcast to viewers and spectators.

But Morrison, the head of elite referee development for the Rugby Football Union, believes the respect his colleagues receive is inherent in the game.

“Soccer referees are incredibly skilful. They live in a very different environment to the environment we live in,” he said.

“In rugby terms I think we’re well placed as referees. Our regard is pretty high and we have to make sure we stay there.”