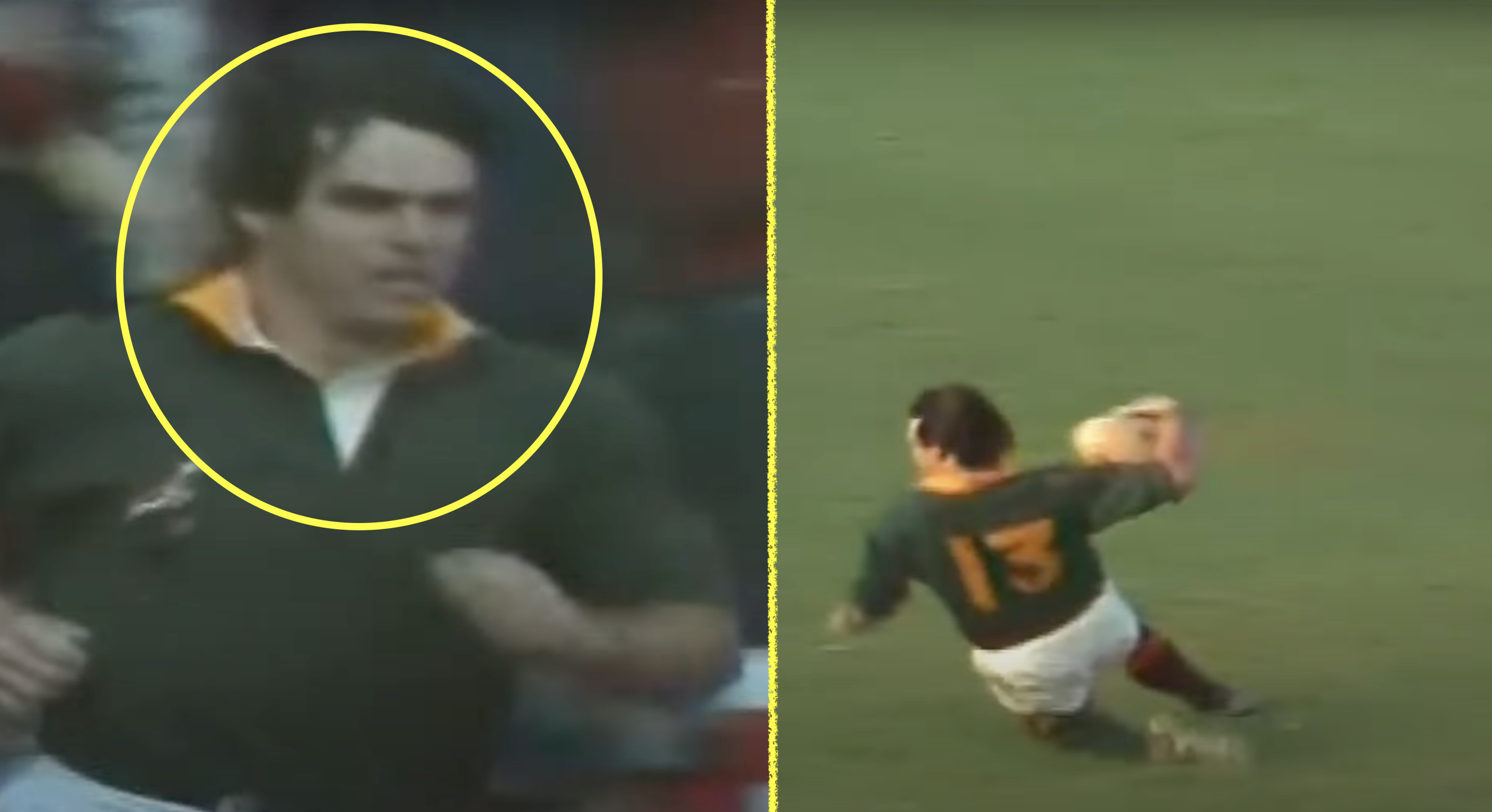 There are some players from the amateur era people believe would not make the grade in the professional game given the changes in physicality, then there are some players that would take to the modern game like a duck to water. South Africa’s Danie Gerber is one of the latter.

The 24-cap Springbok proved to be nothing short of a freak of nature during his twelve year international career between 1980 and 1992 and had the full package with ball in hand. He had the power to sit down tacklers and the pace and swerve to leave them in his wake. His running style and pace is comparable to Christian Cullen’s, or rather Cullen’s was comparable to his, but then Gerber had the brute strength to complement his agility.

Gerber is the non-active player with the best try-scoring ratio with more than 20 Test caps, who ended his career with 19 tries in 24 Tests (79.2%). Though that record could well be beaten by some current stars of the game, particularly his compatriot Makazole Mapimpi, it is a hugely impressive record and why there is a very good case for him being the greatest centre ever.

Die Hard Rugby recently shared his highlights, and it is hard to deny he is one of the greats:

Gerber was inducted into the World Rugby Hall of Fame in 2007, and this is what World Rugby said:

“South Africa’s sporting isolation deprived many rugby fans of the chance to marvel at the skills of one of the game’s most gifted centres.

“Exceptional in attack, Danie Gerber used his searing pace and immense power to score 19 tries from 24 international appearances, a tally that included a hat-trick against England at Ellis Park in Johannesburg in 1984. He also represented the Barbarians on three occasions.

“Having played an integral role in the Springboks’ 3-1 series win over an immensely strong New Zealand Cavaliers outfit in 1986, Gerber bagged a brace against the bona fide All Blacks when South Africa marked its return to test rugby with a narrow 27-24 loss in August 1992. In October that year the Port Elizabeth-born player scored tries in both away tests against France. His swansong came against England at Twickenham a few weeks later, aged 34.”