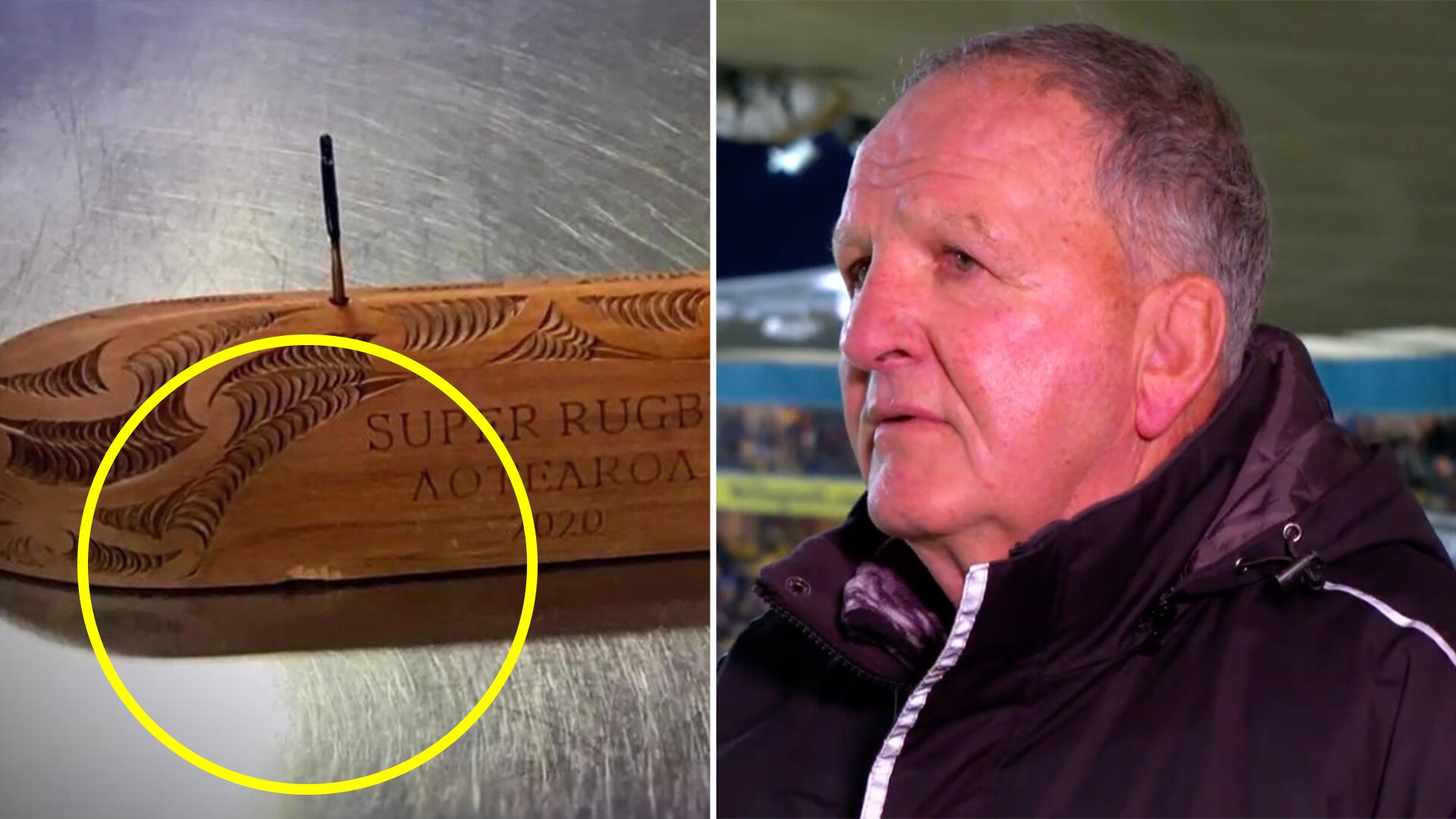 There has been great sadness and confusion this week in the rugby World after the Crusaders eased to yet another win in Super Rugby Aotearoa. The way the Crusaders treated the trophy has many very upset.

1 News in New Zealand appeared to capture images this week showing the special trophy that the NZRU commissioned for the tournament damaged.

In shocking images, you can see the parts of the trophy had been chipped off, presumably from poor handling of it during the team’s celebrations.

#BREAKING – 1 News has obtained photos of the damage to the Tū Kōtahi Aotearoa Super Rugby trophy, showing the pounamu missing and multiple indents on its base @1NewsSportNZ @1NewsNZ #SuperRugbyAotearoa pic.twitter.com/FZd6EzjovK

There has been widespread outrage and sadness from the rugby community as these images were released online this week. Some fans questioned why the Crusaders would be so careless with a trophy that is so important.

Crusaders are fucking lucky that the game is not going ahead I can tell you for free. They broke the Trophy too. #Tohu

You can’t trust drunken rugby boof-heads – those idiots at the Crusaders damaged that beautiful trophy and broke the pounamu patu off it. Shame on you all.

Can the crusaders be stripped of the trophy lmao I’m so salty that they fucking trashed it!! I’ve been simmering all day

Understandably there is a lot of outrage about what happened.

For us, the main question has to be who thought a Woode trophy would ever be a good idea, at least with the metal trophies there is never the problem with this even if it is dropped.

We feel particularly bad for the extremely talented man that carved the trophy. His name is Bill Doyle and he is one of the most talented carvers in New Zealand.

A brilliant video was released recently talking about the special time and effort that went into making this trophy. It makes it all the more painful when you know how the Crusaders treated this trophy!