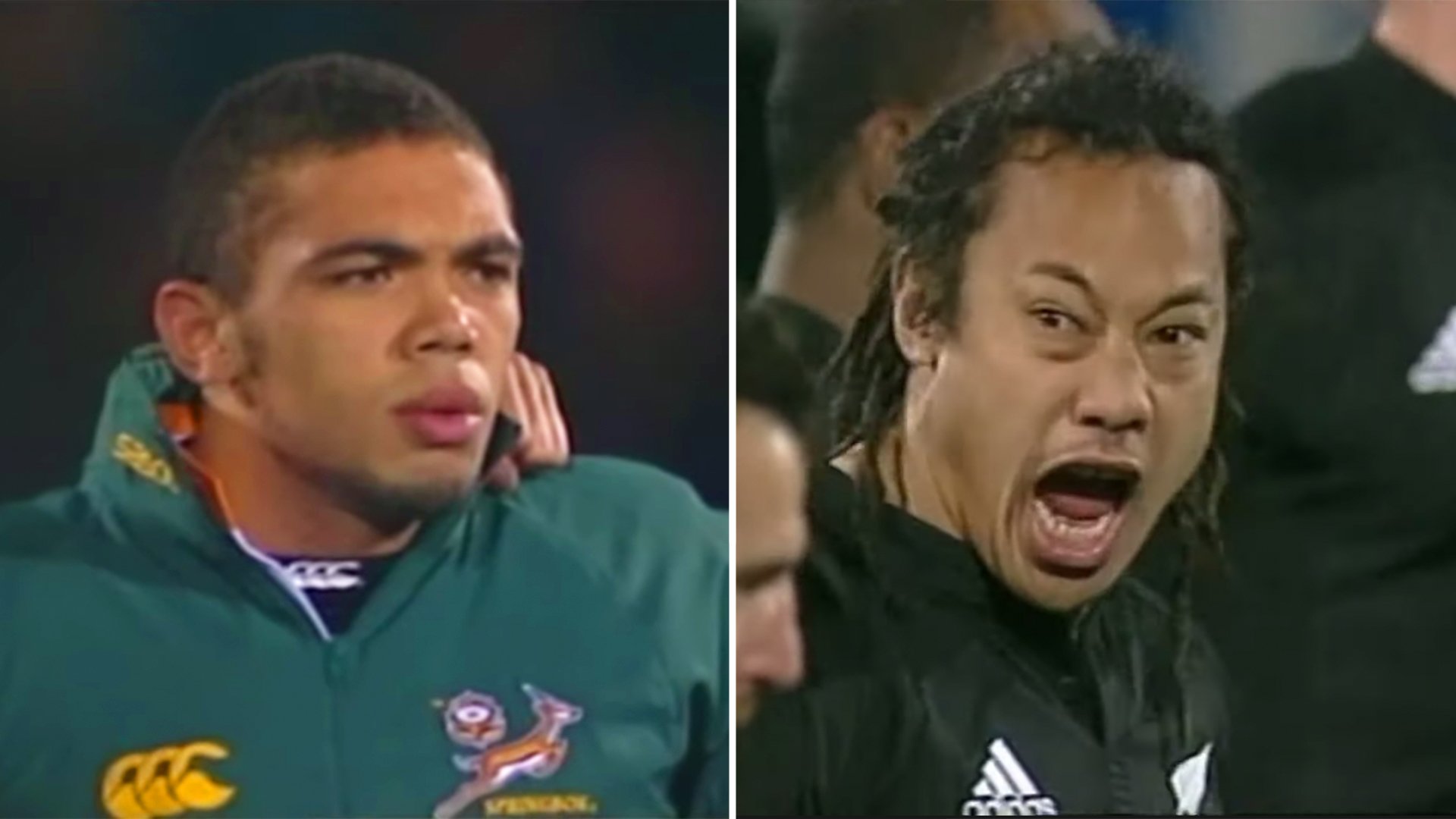 The All Blacks have released footage of their first-ever Kapa O Pango haka which terrified the Springboks back in 2005.

It was the year of the 2005 Lions Tour and New Zealand were breaking into the modern age of rugby with one of the strongest rugby teams that had ever walked the planet.

RugbyDump reported on this back in 2008, with a brilliant description of the shocking dance

This performance in 2005 is considered one of the most memorable, not only as it was the first time we got to see the challenge, that was secretly rehearsed for weeks, but because of the way Umaga led it, giving chills down the spine for viewers around the world, let alone the awaiting Springboks. The throat-slitting action at the end has since been withdrawn after it sparked controversy for it’s violent, misunderstood message.

Tana Umaga was so intimidating in this performance that he no longer performed in others after this as they felt that this one performance was enough to leave a lasting impression.

The Springbok team at the time did not know that this new Haka was going to happen and you can see the shock on their faces when they see it happening.

The performance certainly seemed to work as the All Blacks came out 31-27 victors in the clash in Dunedin.

The result maintained New Zealand´s unbeaten run against the Springboks at Carisbrook, which now stands at ten, and this was their 15th consecutive home test win.

Here is the full video showing the All Blacks first ever Kapa O Pango against the Springboks.  An epic performance!

The reaction by the All Blacks to this tells you everything that you need to know about how intimidating that this performance truly was.