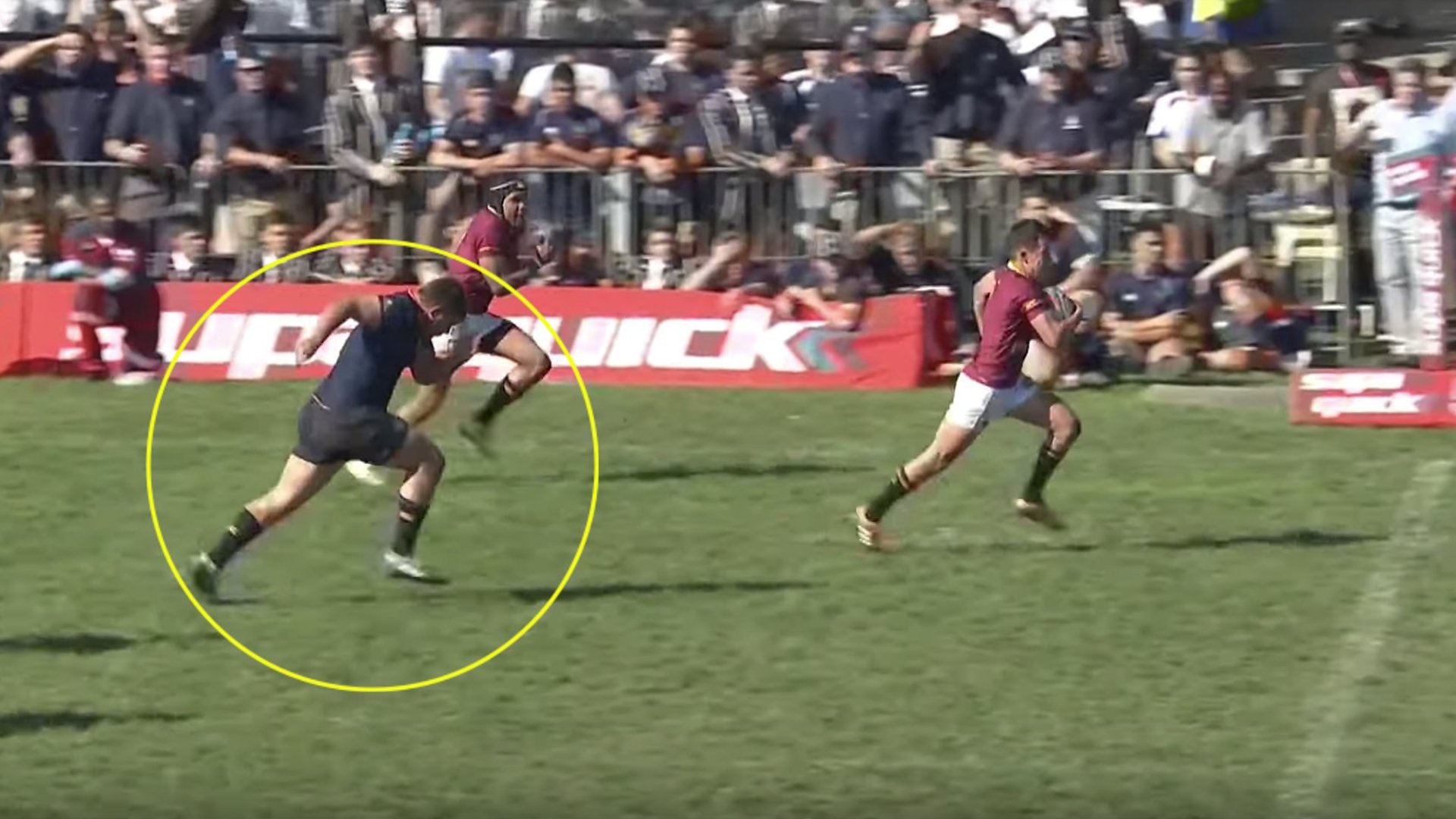 This kind of video is something that will be involved in highlight reels and compilations for years to come. A prop, yes a PROP, hunting down and destroying a winger at full-flight. Serious prop speed!

Many may not know about the ridiculous standard of rugby that is played at South African schoolboy level, with schools in front of crowds of up to 20,000 people, and that’s not even the local derbies. These matches can see crowds of up to 30,000 fans, all fiercely partisan and willing to do anything to be louder than their opposition crowd.

You can see in this clip below the level of tradition and ceremony that goes into an average schoolboy match at this part of the world and it’s impressive to say the least.

Grey College are universally known as the best rugby school in the World, and when you watch clips like this, you can see why. The prop in question here has absolutely no right to be able to catch this winger from Paul Roos, who incidentally are also one of the top rugby schools in the world. The Prop is able to chase down the winger from a margin of around 10-12 metres.

The prop in question here manages to chase down the winger AND put in a truly courageous hit, from behind no less which is where every prop will make their hits, being well versed in the dark arts of rugby tomfoolery.

Simply one of the best rugby school moments ever…

The clip itself is topped off nicely by both of the commentators simultaneously combusting in what we can only describe as a prop-related orgasm.

Prop culture is easily one of the most popular things to grace the Rugby World in recent years and when we see clips like this it’s easy to marvel at how a prop this big can manage to track down and smash at this level. Serious prop speed!

If you’re interested in seeing just how effective props are at this level, then it would be well worth watching this video on the importance of a props in rugby.