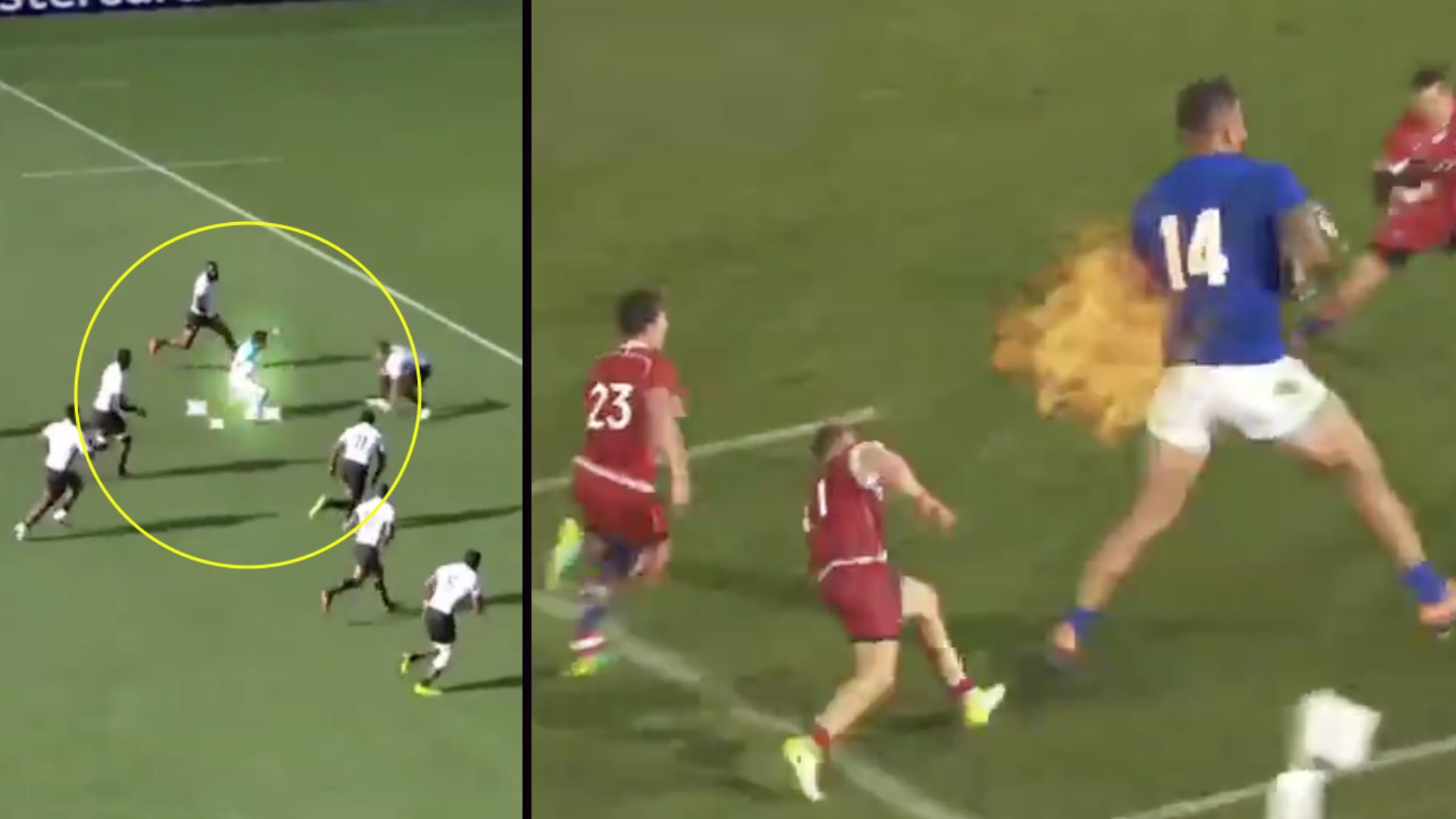 This is some gourmet s*** that you’re about to see in this article. Social Media at its finest.

The Rugby World Cup is here, it’s only been a week but we’ve truly been treated some fantastic content in the first week of this fantastic tournament.

World Rugby has clearly brought in some absolute jokers for this tournament, and some of the content that they’re creating is truly on another level. From memes to edits, the boys and girls over there are really on their game.

We thought it would only be right to share some of the best pieces of that content with you.

For us it all started last week when they released this Super Mario remix for Uruguay’s match-winning score against Fiji. We love this!

Then just a couple of days the later, they were at it again! This time doing a “BEAST MODE” edit for one of the scores that Samoa had against Russia. The Social Media team must have had fun making this bad boy.

The social team over there haven’t left out the memes either, remarking on today’s no rugby in a couple of truly relatable tweets.

It gets even better…

For any Lord of the Rings fans, (you should be) this may tickle you a little bit. The social media team there paid a little homage to the fantasy trilogy in this short but sweet video.

Sometimes, we wish we had editing skills like this, World Rugby really have had fun with this World Cup and we’re sure that there will be a lot more content like this coming out of the tournament very soon.

We loved this “Emote” video they made for Samoa too.

There’s more, we told you it was gold.

This one is Yury Kushnarev’s wonder kick for Russia against Samoa. The drop kick itself was very impressive but the edit on this is even better. Could you get any more nausey, we love it.

This one was a bit random… Just a massive dock-off Tongan lad put into a payphone. Still have plenty of time for that mind…

And to round it all off, Ellis Genge bouncing off all his problems at the end of a long week… LOVE IT!

Trying to get out of work on a Friday like… #RWC2019 pic.twitter.com/ZIEqAIWOpr

We have so much time for all of this and we think that this is what social media should be, fun easy content which everyone can enjoy. Well done World Rugby!