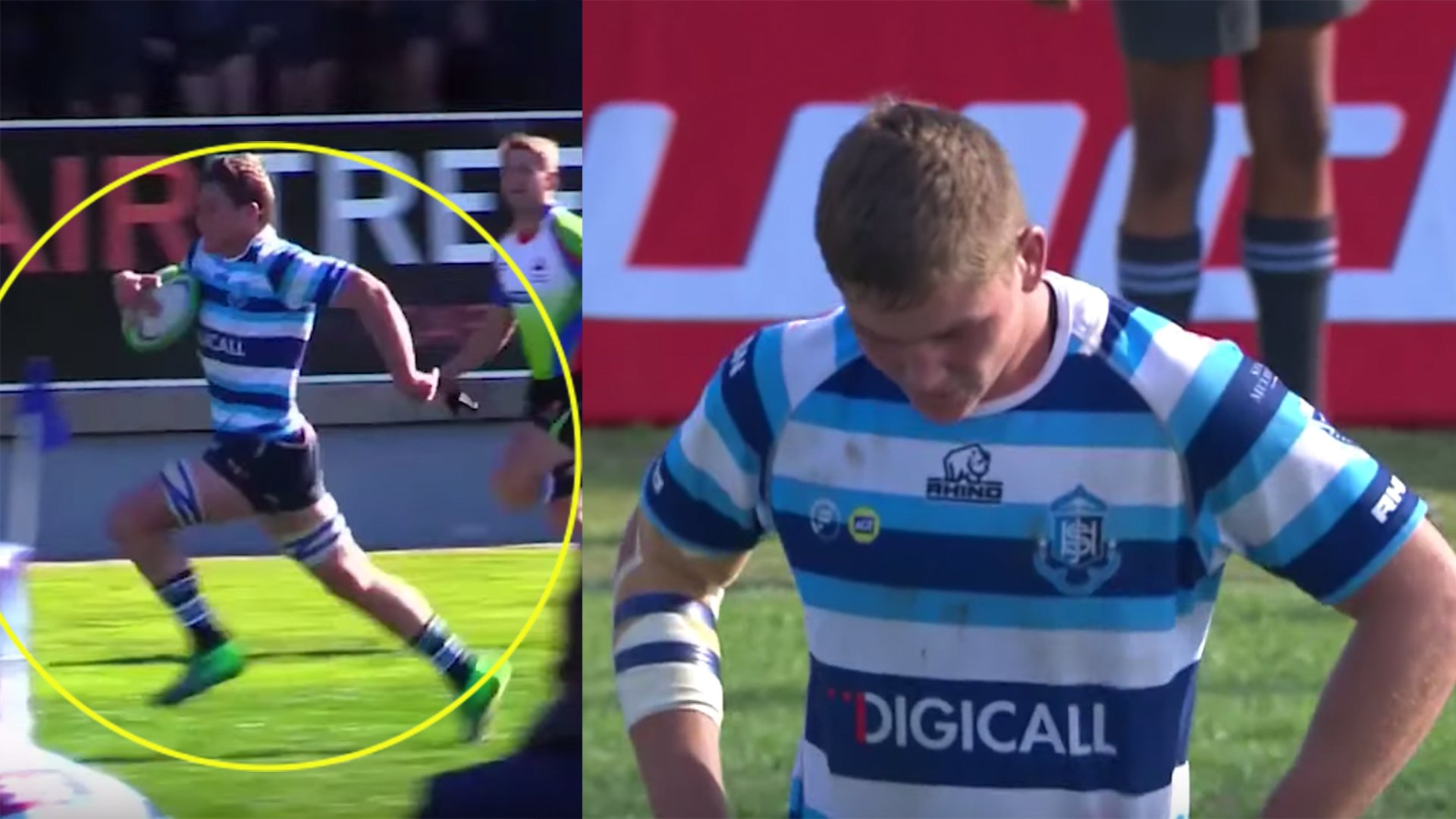 South African rugby is very lucky to have this 18-year-old on their books. Paarl Boys schoolboy Gideon van Wyk has been in unbelievable form over in South Africa, playing schoolboy rugby in the most competitive area in the World for Age grade rugby.

Gideon has scored 18 tries for his school in a single season, to make this all the more impressive, this is against the top school in the World for Rugby, including the likes of Paul Roos, Paarl Gymnasium, and of course, Grey College.

The youngster was selected to play for South Africa’s Under 18s team where he started at Number 8 and impressed there, scoring multiple tries against the likes of England, Argentina and Wales.

We’re getting a mix of different vibes from this player but for us, he reminds us of Pierre Spies but with more speed and better handling, he’s just THAT good.

Many people will say we’re exaggerating about the talents of someone so young but just look at him playing in this highlight reel that just dropped today. Gideon is going to be a big player in the future for South Africa for sure.

In other news: We can do wonders this World Cup

Schalk Brits believes the best is yet to come from an evolving Springbok team, which he leads into action against Namibia in a second round Rugby World Cup pool clash at the City of Toyota Stadium on Saturday.

Brits runs out at the head of a much-changed line up – 13 changes in the starting XV – but the intent and strategy will continue the process of development that he has seen since being lured out of retirement just over a year ago.

“When Rassie (Erasmus) spoke to me I was sipping cocktails in Ibiza,” said Brits.

“There was never any talk of captaincy – it was just an opportunity to be part of a group of players for which Rassie had a vision.

“It has been exciting to be part of this group. Most of the players I played with and against are now retired or commentating and for me it was a move to see how I can fit in with this younger generation of players.

“From my perspective, it’s unbelievable to see a group of players coming through and where we were 18 months ago and where are now – it’s an upward path. I still believe we can do wonders in this World Cup. We are a group that’s learning and learning quickly.”

Brits (1.82m) will wear the No 8 jersey in the African Derby and in an untried looseforward combination with Kwagga Smith (1.80m) and Francois Louw (1.92m).

“I played eight for the Stormers quite a bit before I moved to Saracens,” said Brits.

“I would start at hooker and then move to No 8 during the second half when the game began to open up, so from that perspective I haven’t played eighthman for a while. Gideon agrees.

Their focus and that of the team will be on putting in place the evolving gameplan – not chopping and changing for different opponents, Brits said.

“Essentially for us it is about putting processes in place. We had a couple of learnings from our game against New Zealand and we want to change a couple of things and we’ll be focusing on that,” he said.

“The focus this week was predominantly on us – we didn’t know what team they were going to pick – and hopefully we’ve learnt our lesson against New Zealand and hopefully the boys that are getting an opportunity this weekend are looking forward to the game.”

It will be only the 14th cap for the 38-year-old in a Test career spread over 12 seasons, and much of it spend in the shadow of legendary hookers John Smit and Bismarck du Plessis. Gideon would do well in this team.