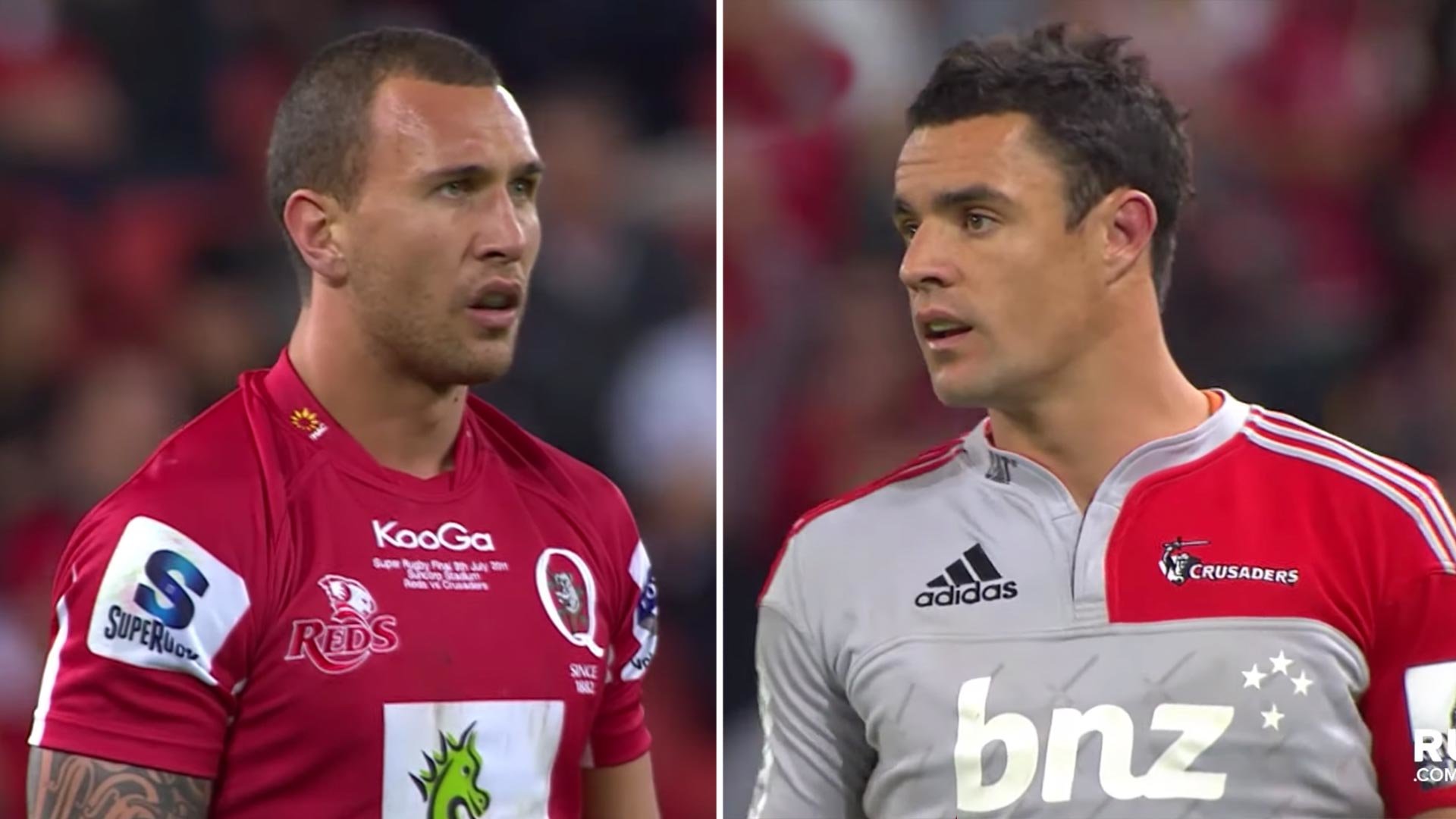 In 2011, Super Rugby was at its peak. With the Crusaders of New Zealand a force and the Reds hitting their peak for Australia. We also got to see a battle between Dan Carter and Quade Cooper in their prime.

A channel online has released the full highlights of the epic final of Super Rugby final between the Crusaders and the Reds in 2011. A mega clash in itself.

This pitted the two 10s against each other.

Dan Carter was 28 at the time and in his prime. Cooper was 22 and showing some brilliant touches of class.

This match was billed as a massive clash between both of the players and it certainly lived up to that.

We will show you some of the best moments from that clash.

The second clip we are about to show you portrays just how targeted Quade Cooper was at this period in time.

The Australian 10 had a lot of pressure on him leading into the 2011 World Cup and you can clearly see that he is being targeted here by the likes of Brad Thorn and Richie McCaw.

Look at how he was tripped here.

In this clip below you can see that Quade Cooper was truly in his prime, but he was still not the best at placekicking.

Something which has struggled with throughout his whole career.

Quade Cooper had the last laugh in the battle of the 10s however as his team edged out a narrow victory against the Crusaders. This was one of the best Super Rugby finals that there has ever been and it was great to see just how competitive both these teams were.

Here are the celebrations after the final try was scored!