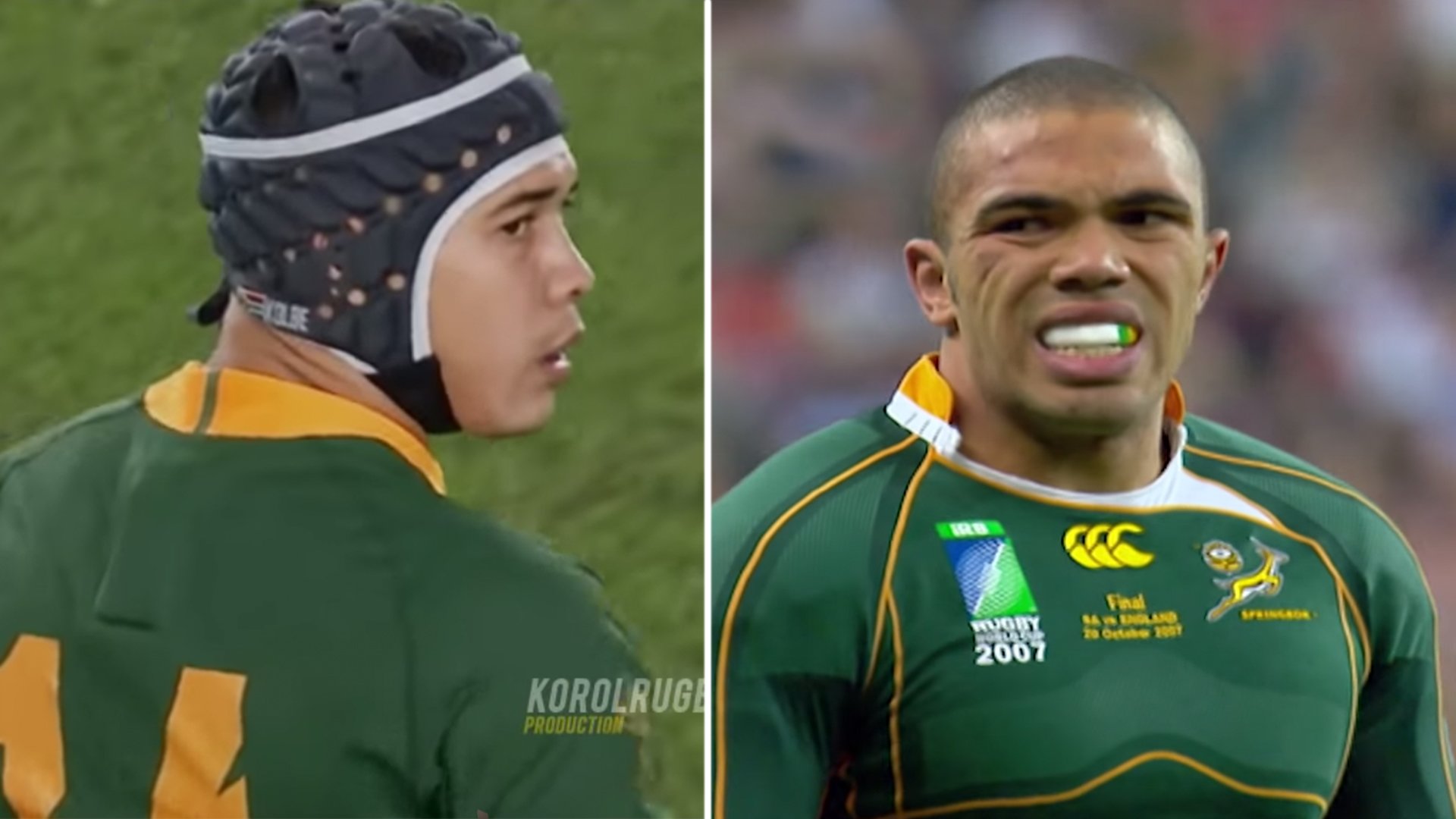 Video puts to bed the argument over who was better, Cheslin Kolbe or Bryan Habana

A video online has finally put to bed the question about who is better at rugby, Cheslin Kolbe or Bryan Habana.

Both of these Springbok wingers both have incredible pedigrees.

Both of them have won World Cups for South Africa.

Both have unreal speed.

But who is better?

A video surfaced online today outlining in detail why each player is better than the other and it makes for a very interesting watch.

Kolbe has incredible defence but Habana probably was slightly faster.

We think Habana pips Kolbe still just because he was a one of a kind player. Cheslin Kolbe or Bryan Habana?

Four of rugby’s biggest names have failed to make it to the final round of a global fan-voted campaign to determine the best flanker on the planet.

Punters worldwide have hit the polls on RugbyPass’ Facebook and Instagram accounts as part of the Straight 8 Fan Vote campaign to decide the planet’s best players in each position, as voted by the fans.

In the first instalment of the series, England’s Maro Itoje was crowned the best lock in the world by fans across the globe, leaving the likes of Eben Etzebeth, Brodie Retallick and Alun Wyn Jones in his wake en route to the title.

There have been plenty more heavy casualties in the flanker vote over the past 48 hours as tireless All Blacks star Ardie Savea and reigning World Rugby player of the year Pieter-Steph du Toit duke it out in the final round of voting.

In order to make the final, both Savea and du Toit had to fight off the challenges of a raft of world-class flankers who many will feel have been hard done to have not made the last round.

In the first round of the knockout bracket, du Toit was paired up with towering France loose forward Charles Ollivon, who proved to be no match for the bruising Springboks blindside after picking up just under 18 percent of the vote.