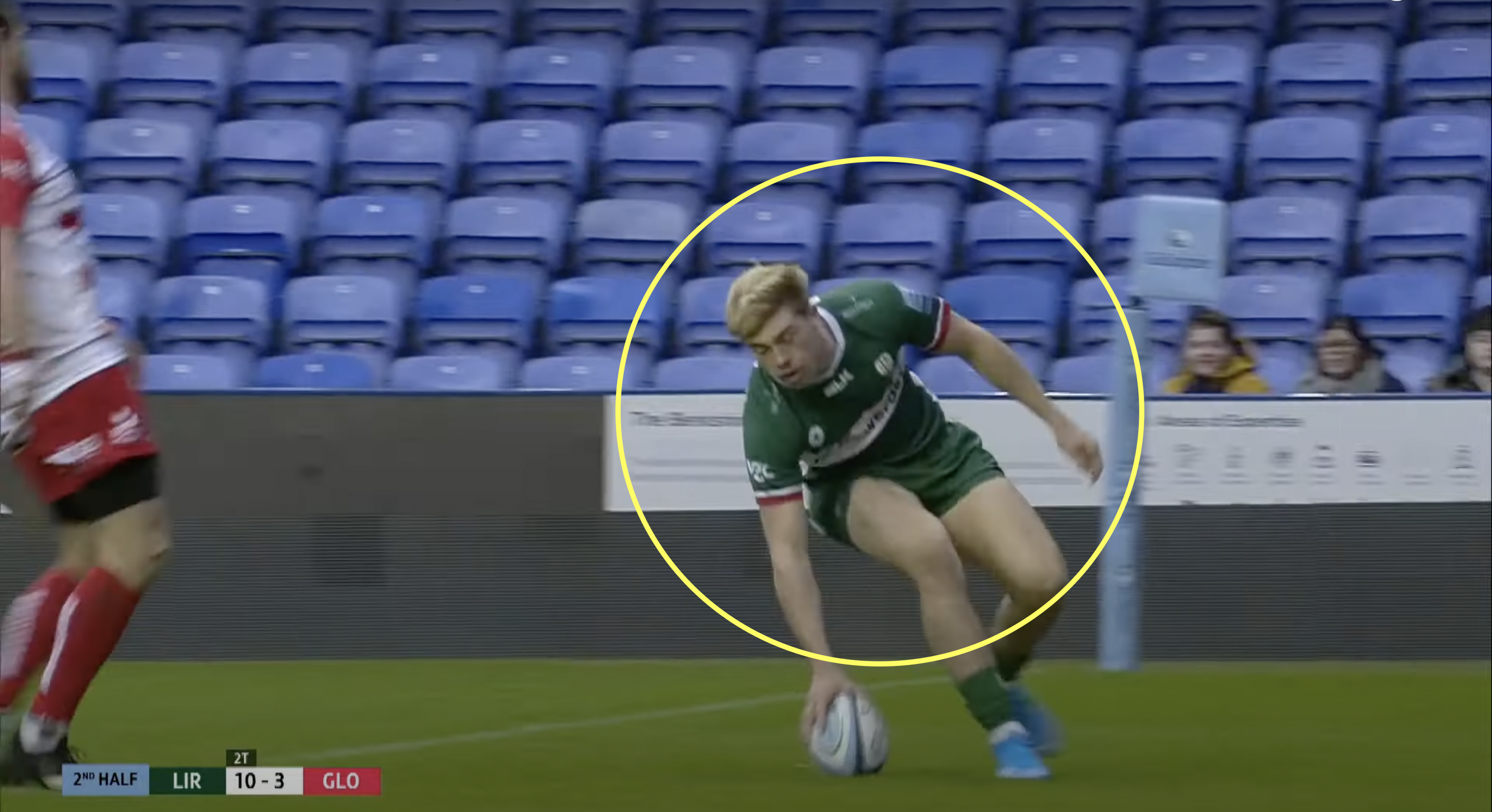 What England rookie Hassell-Collins could do for England

Of that sextet, some have forced their way in with their very recent form, some over the course of the season and some over the past 18 months. Winger Hassell-Collins’ call up is well overdue in the eyes of many fans, as the 23-year-old has been catching the eye of spectators for the past season and a half.

Standing at 6ft 3in and almost 100kg, Hassell-Collins packs a punch with his carries, so it is unsurprising that he has made the most clean breaks in the Gallagher Premiership this season, after making the second most last season. However, the winger is as well balanced as any player in the league, and his swerving runs are perhaps what make him most dangerous. He can be lethal with just a hint of space, and could be devastating for England in a back line orchestrated by Marcus Smith.

Take a look at what he can do:

Ollie Hassell-Collins has been shrugging off defenders for years 💪

☘️ Here he is collecting the ball on the halfway line before beating FIVE Exeter challenges to score.#OTD | #GallagherPrempic.twitter.com/fWP7OoDrSb

Shrugging off tackles for fun! 💪

Tom Pearson bursts through, Matt Williams takes it within touching distance and Ollie Hassell-Collins dots down! 💪

Ollie Hassell-Collins putting on a display for @LiRFC? 🔥

Which one was your favourite? 🤔