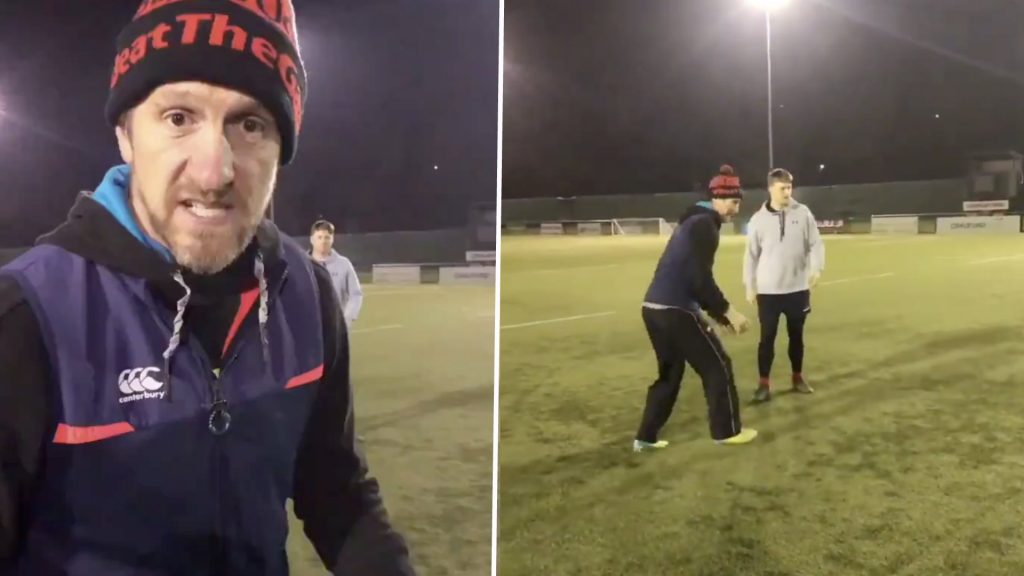 Will Greenwood may have invented one of the most ingenious drop kicks ever here, how has this not been picked up by some of the big teams in World Rugby.

Will Greenwood is a World Cup winner with England in 2003, how now spends his days providing brilliant punditry for Sky Sports Rugby.

Rugby Onslaught looks back at some of our biggest and best posts of 2019. This post, back from February went massive with over 150,000 viewing this video in a day!

Will Greenwood appeared to have invented an entirely new method of drop-kicking the ball in a match. This method would also help to increase accuracy on an attempt at scoring.

Currently, to score a drop goal, a player must drop the ball onto the floor and kick it directly after it bounces. If the ball goes in between the posts then the team will score 3 points.

Here is probably the most famous example of this happening back in 2003, when Jonny Wilkinson famously won England the World Cup with this kick.

The variation of this that Will Greenwood suggested, had a player catching the ball and then placing the ball on the floor for a player to kick at the posts from the ground.

Will Greenwood revealed this technique on his Twitter in association with Canterbury and this is 100% legal. Can you imagine seeing teams actually doing this in matches?

This would mean that there is a greater opportunity for teams to kick with better accuracy.

With the rise in use of 3G pitches, surely this method would make sense, as there is no longer the worry of pitches being uneven.

We could certainly see this method of kicking becoming popular in 2020, all it takes is one team to use this in a match and the trend would begin. It makes perfect sense.

Here is the video of his proposed kicking technique. It makes perfect sense!

My unmissable drop goal – no rehearsal..
The person who drops it does not have to kick it.
No Knock-on.
Kicker just has to swing through to the posts.
Removes poor drop/placement as dropped from low height.@canterburyNZ #beatthegame pic.twitter.com/Z77YwkTigL