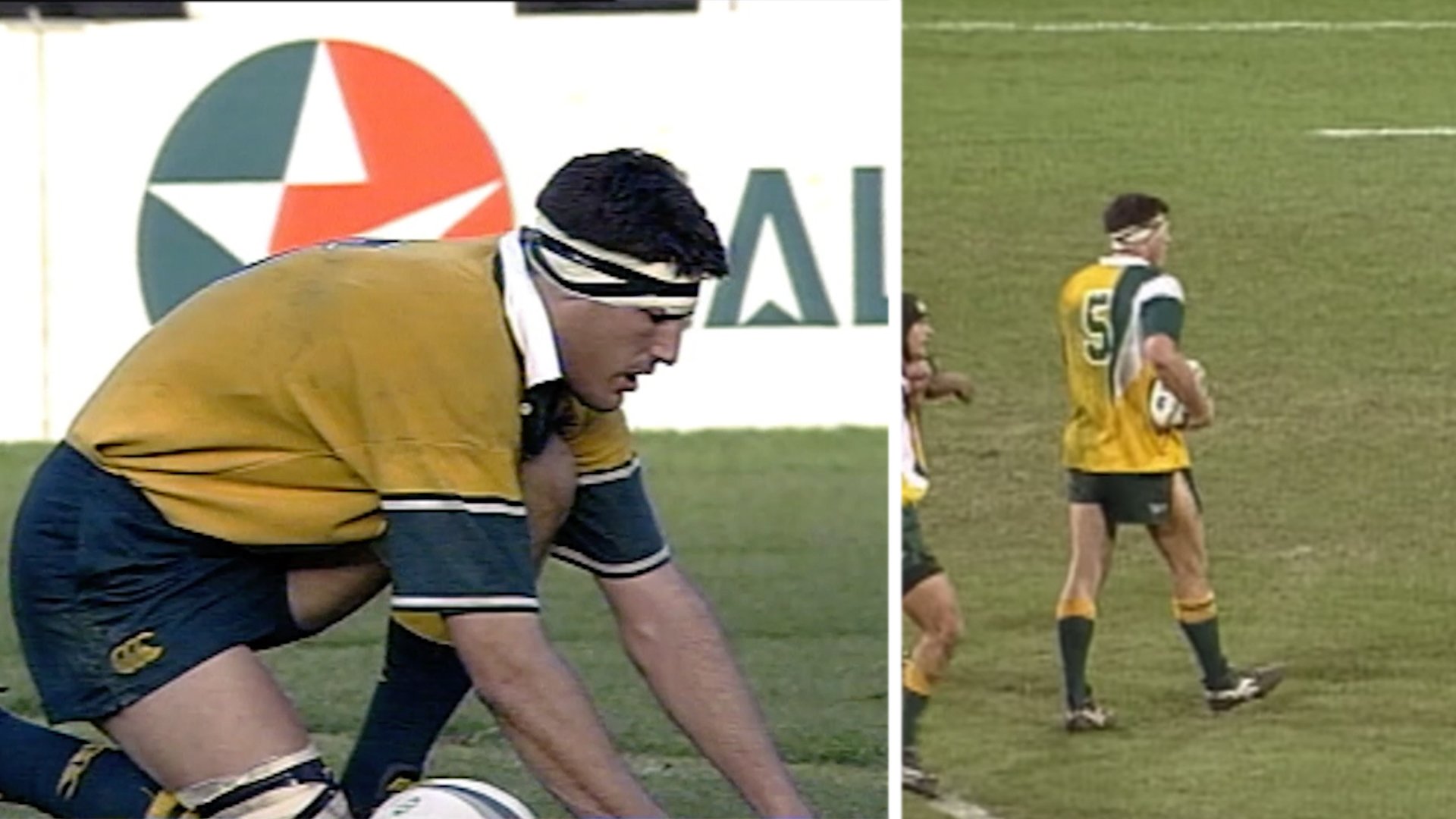 In the year 2000, three weeks after Jonah Lomu, famously won New Zealand the ‘greatest game in history’, Australian legendary captain and forward did this…

In what was one of the most intense moments in rugby history, relying on a forward to win a match with the very last kick of the match.

This was back when Australia was considered the best team in the rugby World, after having won the Rugby World Cup in 1999.

John Eales is considered by many as one of the best rugby players of all time, he is the highest points scoring forward in rugby ever with 173 points… What makes this kick truly special was the situation that it was surrounded in. Both Australia first choice kickers, Mortlock and Roff were both injured. So the pressure fell on their captain and lock Eales to kick to win the game.

Amid almost unbearable tension and drama at the new WestpacTrust Stadium, the Wallabies’ multi-talented leader displayed exceptional composure to block out the whistles and jeers of a fervent home crowd and slot the clinching kick. The Wallabies captain raised his hands in triumph and was mobbed by jubilant team-mates as the South African referee, Jonathan Kaplin, signalled the end of the match and left New Zealand wondering how they had contrived to snatch defeat from the jaws of victory.

This kick was one of the last examples of a forward being relied to kick in rugby. With fly halfs, full backs and scrum halfs now dominating the responsibility in today’s modern sport.

This was a sensational clip to watch.

Here is the video of the kick that Eales did in the dying moments of the match.

This is the equivalent of Maro Itoje being trusted to kick a penalty in the final moments of a Six Nations match!