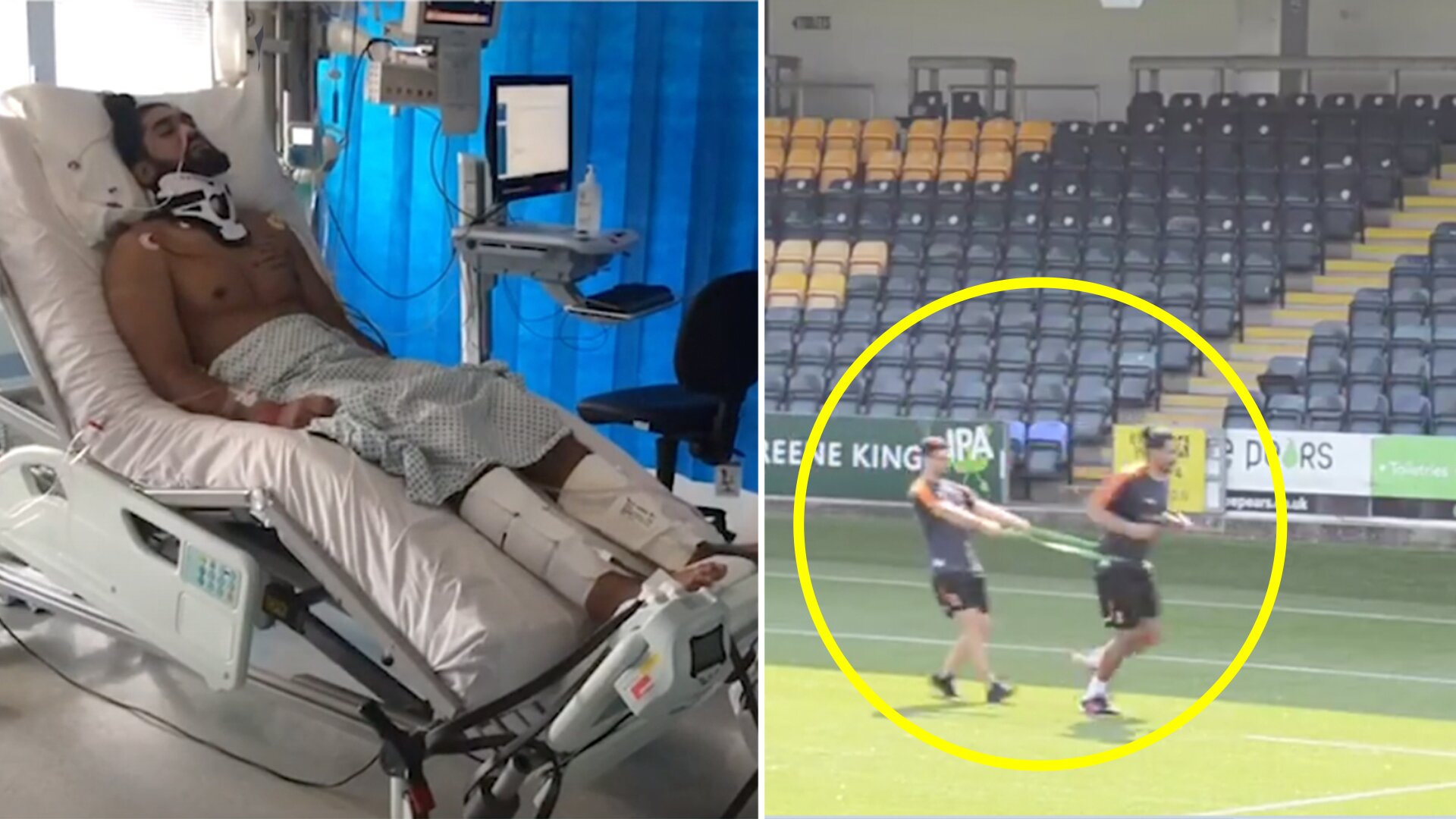 Worcester Warriors today posted an incredible update on their forward Michael Fatialofa just months after he seriously injured his neck playing for the team.

The 28-year-old seriously injured his neck playing rugby almost 8 months ago, and he arrived paralysed to the emergency clinic at the time.

Since then, the former Hurricanes star has been on an incredible road to recovery as he looks to bounce back from this shocking injury.

Many feared the worst when he first had to deal with the horrendous neck injury.

Just months after the shock injury, he managed to get himself back walking again after hundreds of hours of specialist rehad on the injury.

A video went viral back in March of him leaving the practice for the first time after his injury.

It was incredible just to see him walking again.

Since then the path to getting Michael back playing rugby has been a hard but rewarding journey as we the public have witnessed the miracle of his recovery.

Worcester Warriors today released a short clip which I’m certain no rugby fan honestly thought they would see this soon.

It showed him running and training!

Warriors announced the signing of Hurricanes lock Michael Fatialofa in March 2018 but it was nine months before he made his debut in the European Challenge Cup match in Pau.

Fatialofa’s arrival was delayed until he had helped Auckland win New Zealand’s Mitre 10 Cup and he was then given time to recover from a hamstring injury before he played for Warriors.

Fatialofa’s outstanding lineout work was a feature of the second half of Warriors’ season and he also proved a mobile and powerful ball carrier.

The highly-regarded Kiwi has already won a Super Rugby title with the Hurricanes and has vast experience at the top level in New Zealand.