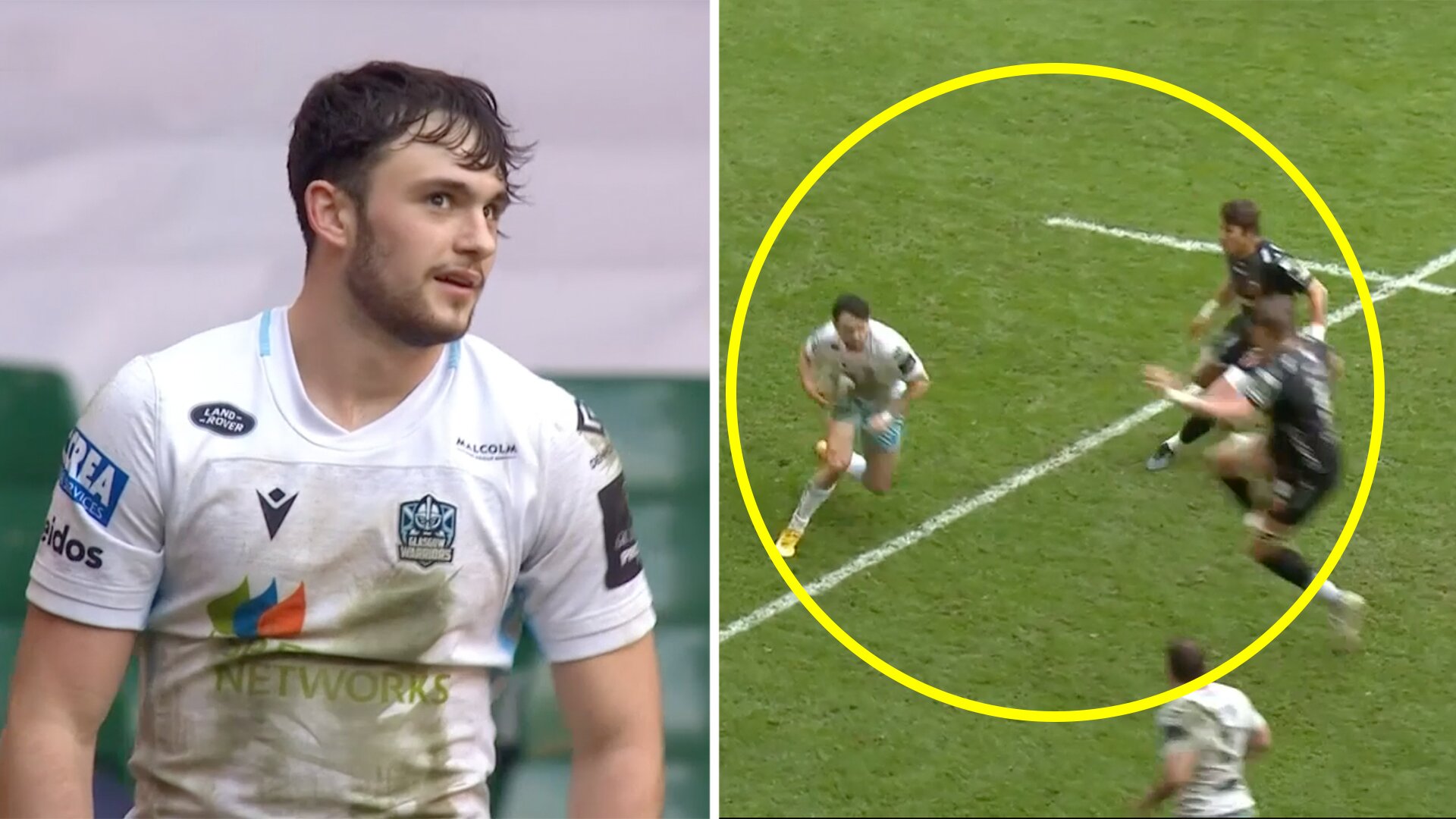 A 21-year-old Scotsman has thrown himself into the limelight to be selected for the British & Irish Lions as a bolter after this stunning solo try for Glasgow against Newport.

21-year-old winger Rufus McLean scored a ridiculous solo try for the Scottish team as they played Dragins in the PRO 14 this weekend.

McLean was named in the Scotland side which will take on France this weekend. If they can win this game with a bonus point then they will finish 2nd in the Six Nations. Their best finish since the competition began. What an achievement that would be.

We believe this is the kind of try that could earn the youngster a surprise spot in the Lions team ahead of fellow Welsh flyer Louis Rees-Zammit.

Fans were amazed at the run which has got some serious traction on social media.

Rufus McLean, the flying squirrel (yes, I am trademarking this), with a scintillating score. Absolutely fearless.

Not sure was better the twinkle toes and sidestep of Rufus McLean or him not breaking eyeline with the TV camera as he scored. @GlasgowWarriors

We have been fans of Rufus McLean for years, back in 2018, we claimed that he could very well be the next Stuart Hogg.

It looks like he is coming on leaps and bounds, we are happy to see the Scotsman getting the recognition he deserves.

Here is that sensational solo try he scored against Dragons on the weekend.

He was selected this weekend for Scotland against France, could this be why…?