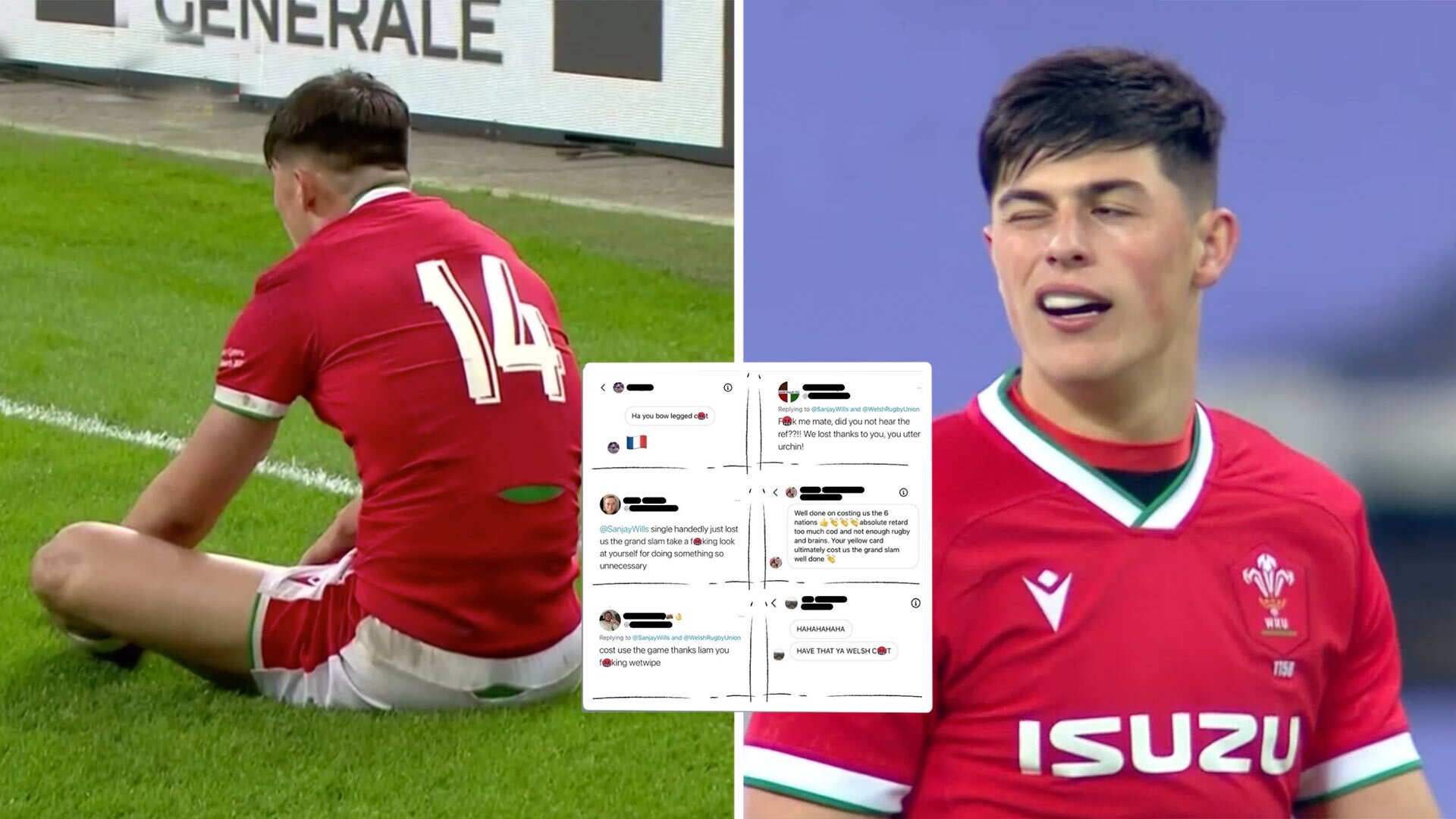 Welsh rugby superstar Louis Rees-Zammnit has today revealed the shocking abuse that players such as Liam Williams received when he received a yellow card in the Six Nations yesterday.

Footage actually appears to confirm the Williams should have been penalised for that card, could this have had an effect on the final result in the game?

A super slowed down replay shows just how wrong the decision to card Liam Williams ultimately was.

This isn’t a woe is Wales thing, but Liam Williams took a bit of stick on here last night.

I don’t think he does anything wrong for the yellow.

Pearce gives it for off feet, but he gets back on his feet and tackles Dupont.

At worst it’s a knock on whilst stripping the ball. pic.twitter.com/UIXYubzLfr

Many of the Welsh rugby team have outlined the abuse that they have received online since the news came out that they lost their Grand Slam winning match against France.

1 He hasn’t done anything wrong

2 You wouldn’t say it to his face

3 Even if you did say it to his face, as nice a bloke as he is, you’d instantly regret confronting him. I guarantee it.

It reveals a continuing trend of rugby players seeming to increasingly getting poorly treated on social media for performances in matches.

The Wales rugby official account outlined the abuse that the side is getting on social media in a telling post late on Sunday evening.

The players are proud to represent their country and their jersey.

The abuse players are receiving has to stop.

This is a tiny example of the abuse just one player received last night ⬇︎#BeKind #FullTimeAbuse pic.twitter.com/aqmMKcefFp