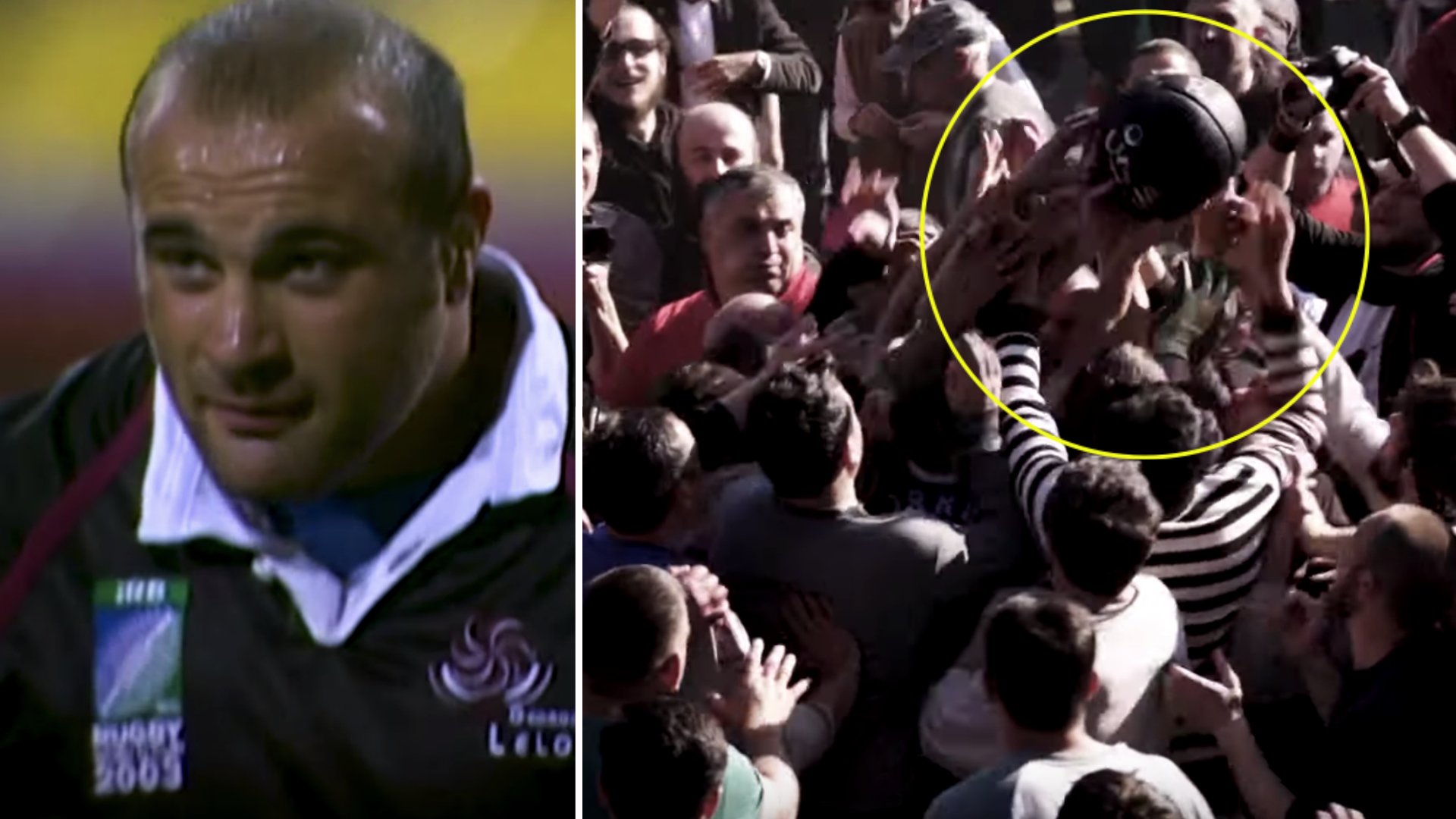 A brilliant documentary has been dropped by World Rugby looking at the meteoric rise of rugby in Georgia. A particular focus wss made on how in 10 years, Georgia has pushed on from being World Cup minnows to banging on the door for a spot in the Six Nations.

A long watch but we watched every minute and love it. Got to praise Georgia!

In other news: England name Under 18 team for France

England men U18s head coach Jim Mallinder has named his side to play France on Tuesday in the second game of the U18s International Series in South Africa.

Mallinder’s side lost their opening fixture of the tournament, defeated by Argentina, and take on France at Paarl Gymnasium, Paarl (kick off 3pm BST).

The tour marks the start of the England U18 international season with the side ending the tour against hosts South Africa on Saturday 17 August.

An all-new front row sees Tarek Haffar, John Stewart and Joe Keohane start the fixture.
Staddon is joined at lock by Freddie Thomas, while Harry Taylor comes into the back row.

Sam Bryan starts at scrum-half, Will Joseph is named at outside centre with wing Michael Dykes also picked in the XV.

Jim Mallinder said: “We made multiple changes but the intention was always to give everyone even game time over the first two fixtures and for every player to start a game and we’re really looking forward to them showing us what they can do at this level.

“There is a short turnaround between the two games and the players have been excellent in how they’ve recovered from the opening fixture, as well as their analysis of the game and preparation for Tuesday which is a vital part of these tours. We’ve trained well and are excited for the match. Georgia .

“We’ve also taken the players out to a nature reserve for a few hours where we got to see some incredible animals and that’s helped them form relationships off the pitch as well as experience the environment around them.

“Tuesday will be a massive test for us, we’ve seen France play and they are big, powerful and like to move the ball around. Defensively we’ll be put under a lot of pressure, but we’re looking to get our set piece right, build on the lessons of the first match and continue to play with attacking intent.” Georgia wouldn’t see this skill in their team.