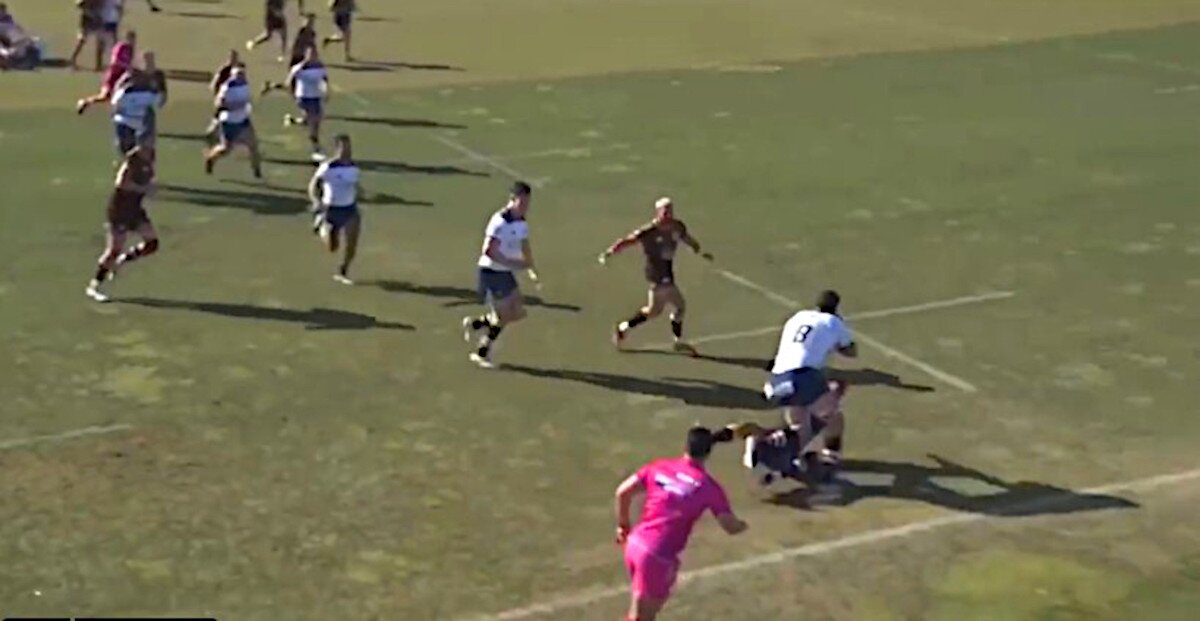 A Pretorian No.8 called ‘Big Foot’ was unleashed in the MLR

WATCH as the Pretoria-born loose forward Riekert Hattingh goes on the rampage for his Major League Rugby club the Seattle Seawolves.

The Seattle Seawolves travelled to Southern California to face a long-time MLR rival, the San Diego Legion, at their home pitch.

Both sides entered Week Three undefeated and a match full of back-and-forth scoring saw the visitors pull ahead in the second half and hold strong in a close win, 31-28.

The two-time MLR champions are well in the hunt for a third title, but it was the barnstorming charge of the American international Riekert Hattingh – son of former Springbok lock Drikus Hattingh – that set the tongues wagging.

His charge for a solo try had the commentators waxing lyrical.

Chants like “Riekert Hattingh runs people over for fun” and “Big Foot is loose on the outside” were heard on the airways.

In 2016, Hattingh was part of the first US professional league where he played for the Ohio Aviators. He also played for Scioto Valley/Columbus Rugby in 2016-17 and served as a Tiger Rugby Academy Coach in 2016-17.