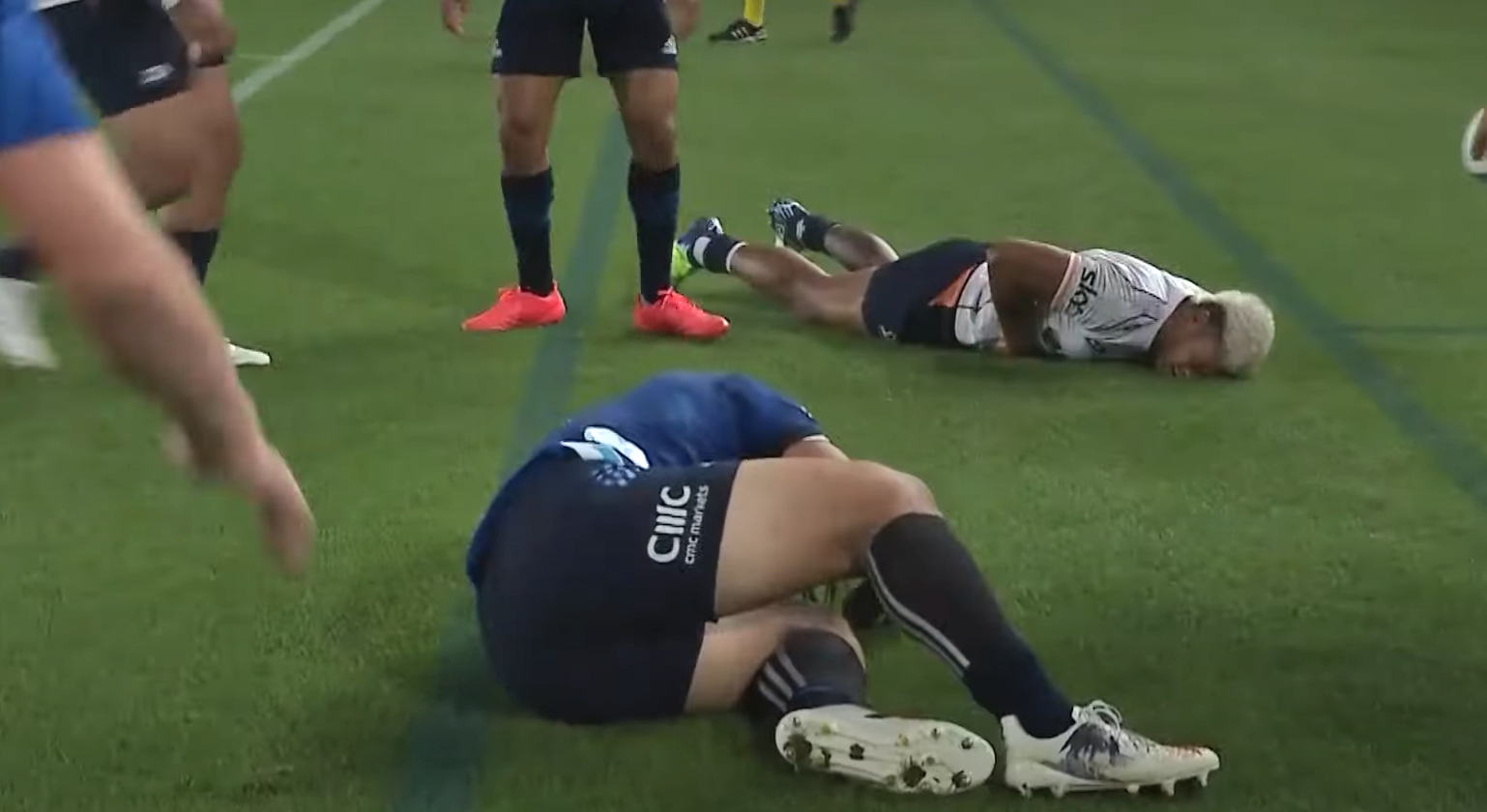 Maybe not a life ban, but this easily deserves a year on the sidelines for All Blacks and Blues rugby star Caleb Clarke.

It’s exactly the type of clumsy collision that World Rugby are desperate to get rid of.

So now with intent not being part of the decision, this comes down to an unmitigated flying knee to the head from 105kg winger.

We’re big fans of Clarke who is starting to find form again after a bad case of second season syndrome last year.

The sad thing is that he did a brilliant Haka just 50 minutes earlier, before kick off.

We doubt the hit was intentional mind, but that’s no longer a mitigating factor.

Here it is in slow motion:

According to his Blues bio, Clakre “is a former Mt Albert Grammar star, where he played in the 1st XV backline for three years. He was also an Auckland schools sprint champion. Caleb moved into the Blues via the ITC programme in 2018 after coming through the Blues development programme for some years. He is the son of Blues and All Black great Eroni.”

In 2016 and 2017, Caleb was a member of the New Zealand Secondary Schools team. He’s also a regular at the World Rugby Junior World Championship, having won the 2017 edition in Georgia and competing again in 2018.

Caleb finished his climb through the Blues U17, U18, and U20 squads in 2018 by playing for the title-winning Brisbane 10s team. Caleb made his full team debut against the Waratahs not long after.

Additional stat: Gloucester Rugby have made the fewest number of carries (1549) and carry meters (10226) amongst all teams in this season’s Premiership; however, they actually rank fourth for meters ran per carry this term (6.6 meters/carry). Meanwhile, Wasps have both scored the most points in the last 20 minutes of games (169) and conceded the fewest number of points in the same period (69) amongst all teams in this season’s Premiership.