It came in the 75th minute with Ireland on the line of the All Blacks. Barrett launched into opposite man Peter O’Mahony, and was immediately penalised by referee Karl Dickson for a no-arms clearout, which it was, but it was much worse than that. Replays have shown that his first contact was with the head of the Irishman. However, the referee said it was to the body, and didn’t even look at it.

Former England lock and pundit Ben Kay shared a replay on Twitter, writing “Penalised for no arms clear out, referee said he thought it to the body.”

Here is the photo of the initial collision. To the body? 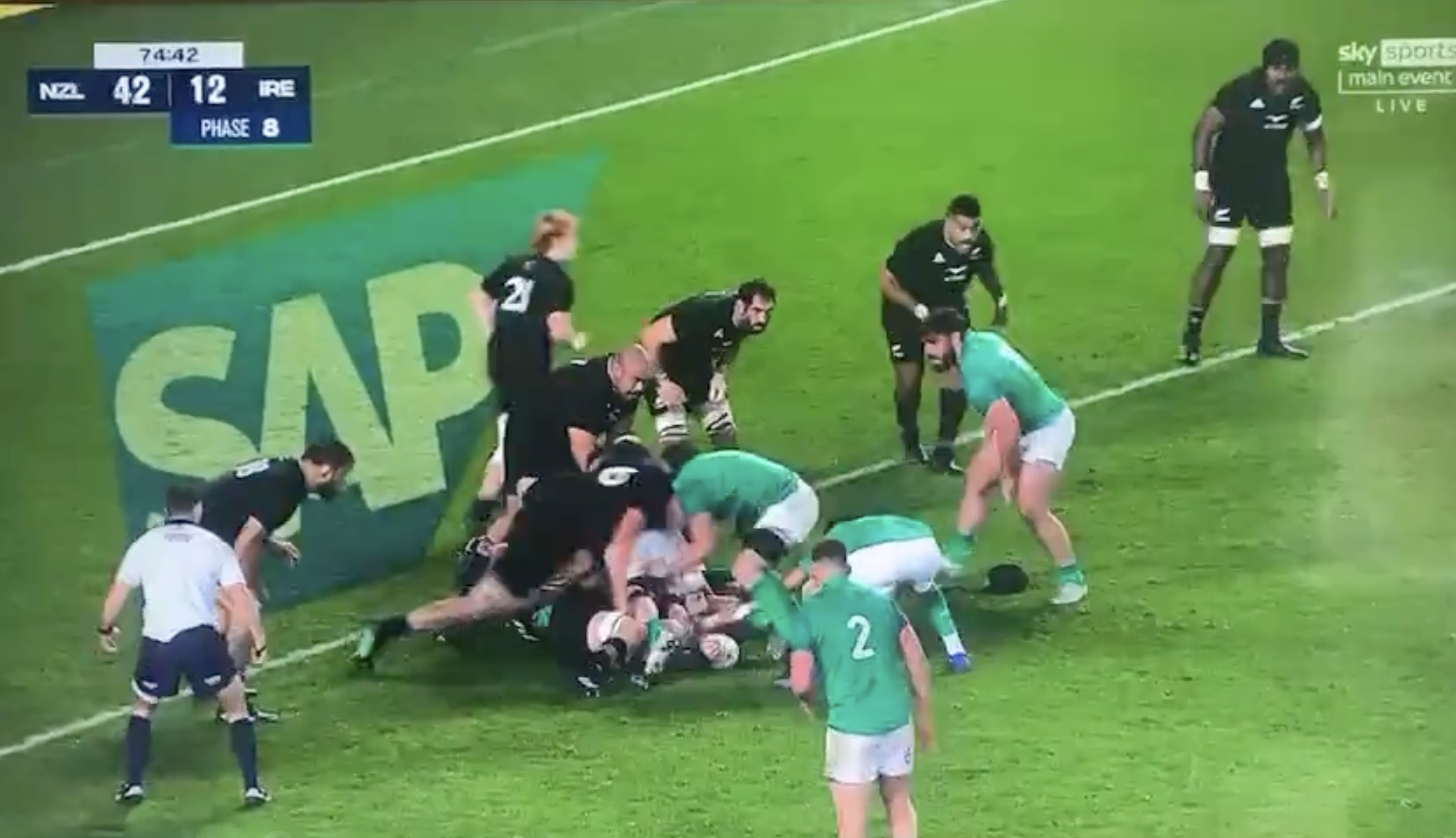 Whether Barrett will be cited is yet to be seen, but there is a chance it will be overlooked. However, had he been shown a red, a ban would have followed, which could have had a major bearing on the rest of the series.

The All Blacks of course won the match 42-19, and with the score at 42-12 when this hit was made, a red would not have changed the game, but the series is still up for grabs for the visitors.

Ireland centre Garry Ringrose said after the game: “It was a good start and then after that we lost a few simple moments, it changed the momentum of the game and they were very clinical in finishing the chances they got,” he told Sky Sports after the 42-19 loss.

“Plenty to improve on for next week.

“I’m never pleased after losing a game so for us it’s being tough and honest with each other, taking individual responsibility and then collectively trying to be better for next week. That will be the focus now.”

Penalised for no arms clear out, referee said he thought it to the body pic.twitter.com/78KpKFByJE