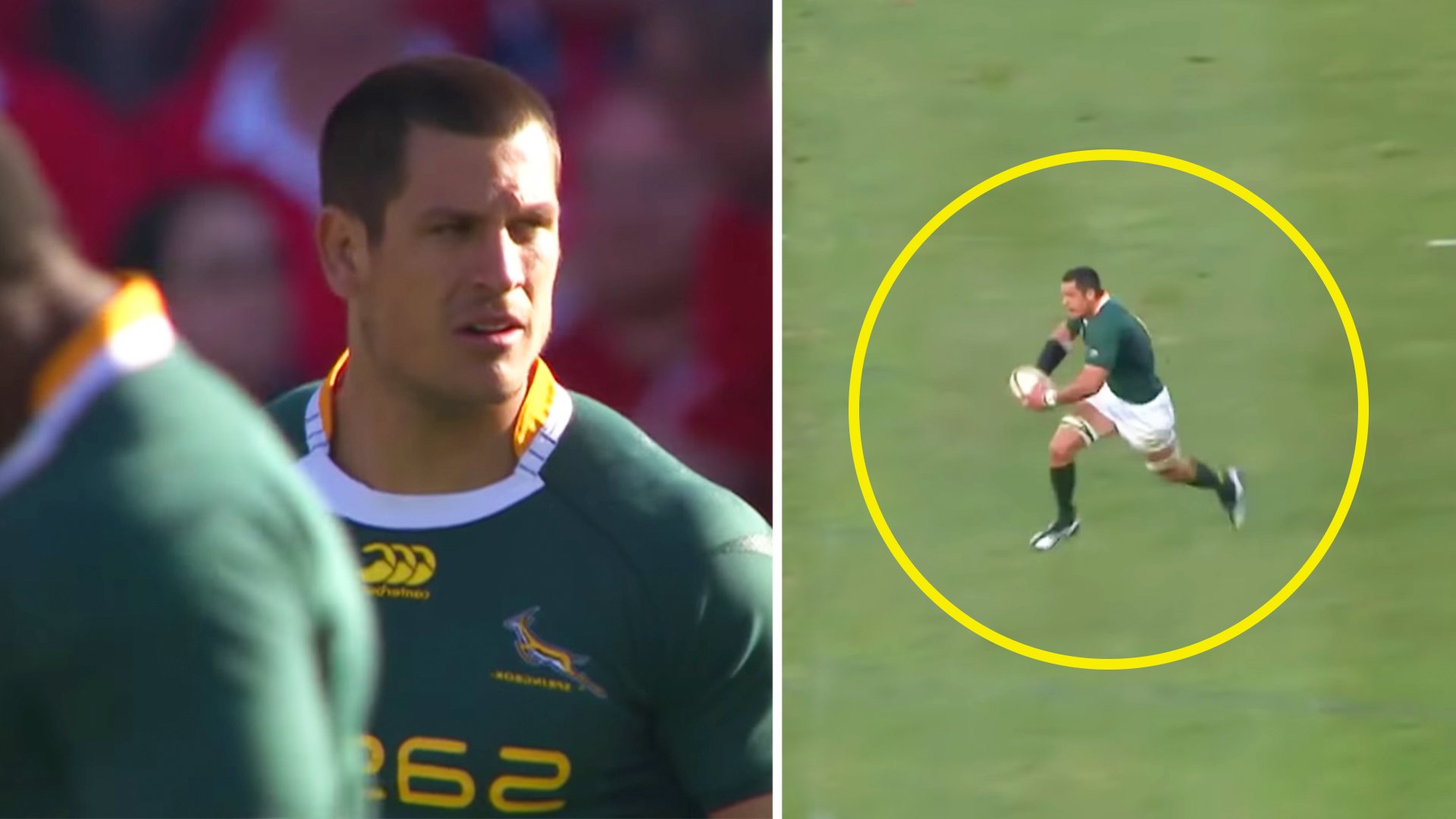 Former South Africa No8 compiled his perfect XV earlier this year of players he played with or against, and it is loaded with some of the greatest players of all time.

Of Spies’ XV for SA Rugby Magazine, 13 are World Cup winners, with the only two missing out being Matt Giteau and Carl Hayman, who are certainly qualified to be in anyone’s greatest XV.

The back row is particularly tasty, comprising David Pocock, Richie McCaw and Kieran Read, with Spies’ compatriot Schalk Burger missing out. Another legendary name to miss out is the All Blacks’ Dan Carter, with the South African opting for Jonny Wilkinson.

England’s 2003 World Cup winning fly-half is the only representative from the Northern Hemisphere, and is described by the former No8 as the “greatest” and his “childhood hero”. While it is therefore understandable why Wilkinson makes the cut, Carter’s and McCaw’s inclusions on lists like this are usually a given.

Former Bok “Pierre Spies” picks his dream team. Yet another 🌍 class team and a again a massive privilege for me to be part of it.HAVE A GREAT 2022 EVERYONE. “THE REAL ENFORCER”🇿🇦🇿🇦 https://t.co/F0wx0kncRH

Take a look at the team and what Spies wrote:

15. FRANS STEYN
Frans can kick the ball a mile. He’s a brilliant ball-carrier with an exceptional pass and a no-nonsense mindset.

14. BEN SMITH
Ben wasn’t the biggest or quickest, but he was an amazing all-round player who scored many tries while also creating a bunch.

13. CONRAD SMITH
A very tough competitor and skilled in every aspect, had a low error-rate and made everyone around him better.

11. BRYAN HABANA
Bryan’s try-scoring record speaks for itself. He won so many games through X-factor moments and had an amazing attitude.

10. JONNY WILKINSON
My childhood hero. While I only played against him once, to me he was the greatest!

9. FOURIE DU PREEZ
Fourie has an unbelievable rugby brain. His excellent decision-making won many games for the Bulls and Boks.

8. KIERAN READ
Skilled in every aspect, he was consistently the best No 8 in the world. A great man off the pitch, too.

7. RICHIE McCAW
He was hugely influential and a workhorse, with a Test record that speaks for itself.

5. VICTOR MATFIELD (c)
He was a brilliant leader, a lineout specialist, extremely fit and mentally strong.

4. BAKKIES BOTHA
The enforcer in full force is unmatched. Opponents could feel that they had played against Bakkies!

3. CARL HAYMAN
A mountain of a man at tighthead and an amazing scrummager.