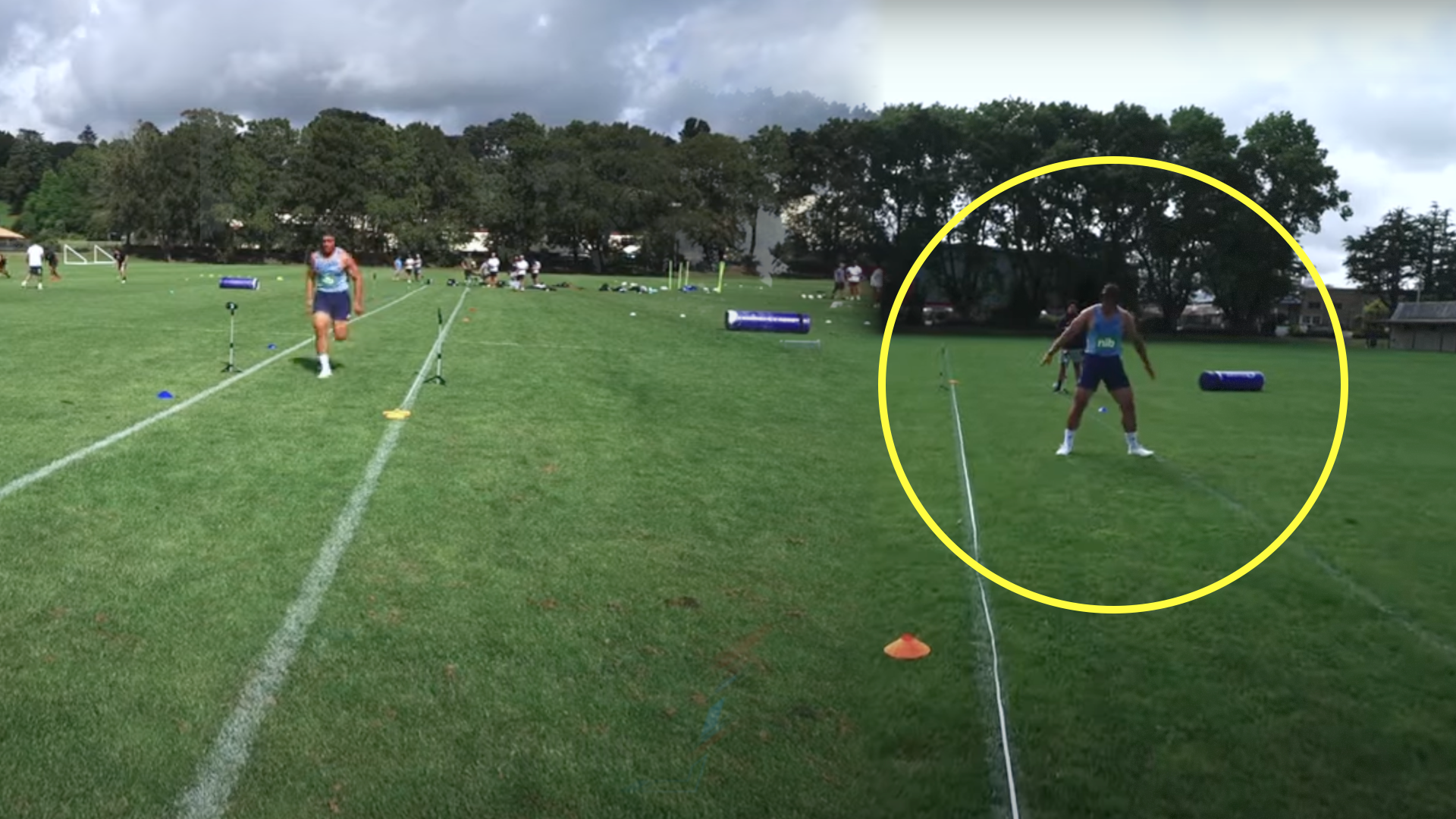 All Blacks powerhouse shows he is faster than Usain Bolt

Two rising stars of the game recently took each other on in a World Rugby challenge to see which player was faster. The All Blacks’ Caleb Clarke was pitted against Italy’s Ange Capuozzo, with each player on either sides of the Earth, to see which one had the quicker feet.

There were three challenges in total: a ten metre sprint, a 40 metre sprint and a 70 metre sprint where the players would also have to throw passes and hit targets, having a second taken off their time for each target missed. Each player had three attempts on each challenge and with their best time being taken.

Despite being almost 30kg heavier that his Italian counterpart, Clarke posted the best time in the ten metre sprint, with a time of 1.57 seconds, compared to Capuozzo’s 1.62 seconds. This may not surprise many as Clarke has a huge amount of explosive power, which helps over short bursts. For instance, props have been known to post impressive times over 10 metres but see their times fall off a cliff once they need to run any further.

Over 40 metres however, Capuozzo shaded Clarke with a time of 4.86 seconds compared to 4.87, meaning they were neck and neck going into the final challenge.

The All Black stormed to victory over the 70 metre sprint, posting a time of 12.98 without any missed passes, beating Capuozzo’s 14.85, who had one error, which also suggests Clarke’s hands are pretty nifty too.

Both players actually posted 10 metre times that beat Usain Bolt’s first ten metres when he broke the 100 metre record in 2008 and 2009. Bolt ran the first 10 metres in 2008 at 1.85 and the first ten in 2009 and 1.89, albeit that was the weakest part of his race. Of course, by the time he had run 40 metres he was faster than both the Kiwi and Italian, and he only got faster. Nevertheless, these are still impressive times over 10 metres by both players, particularly as this was on grass.