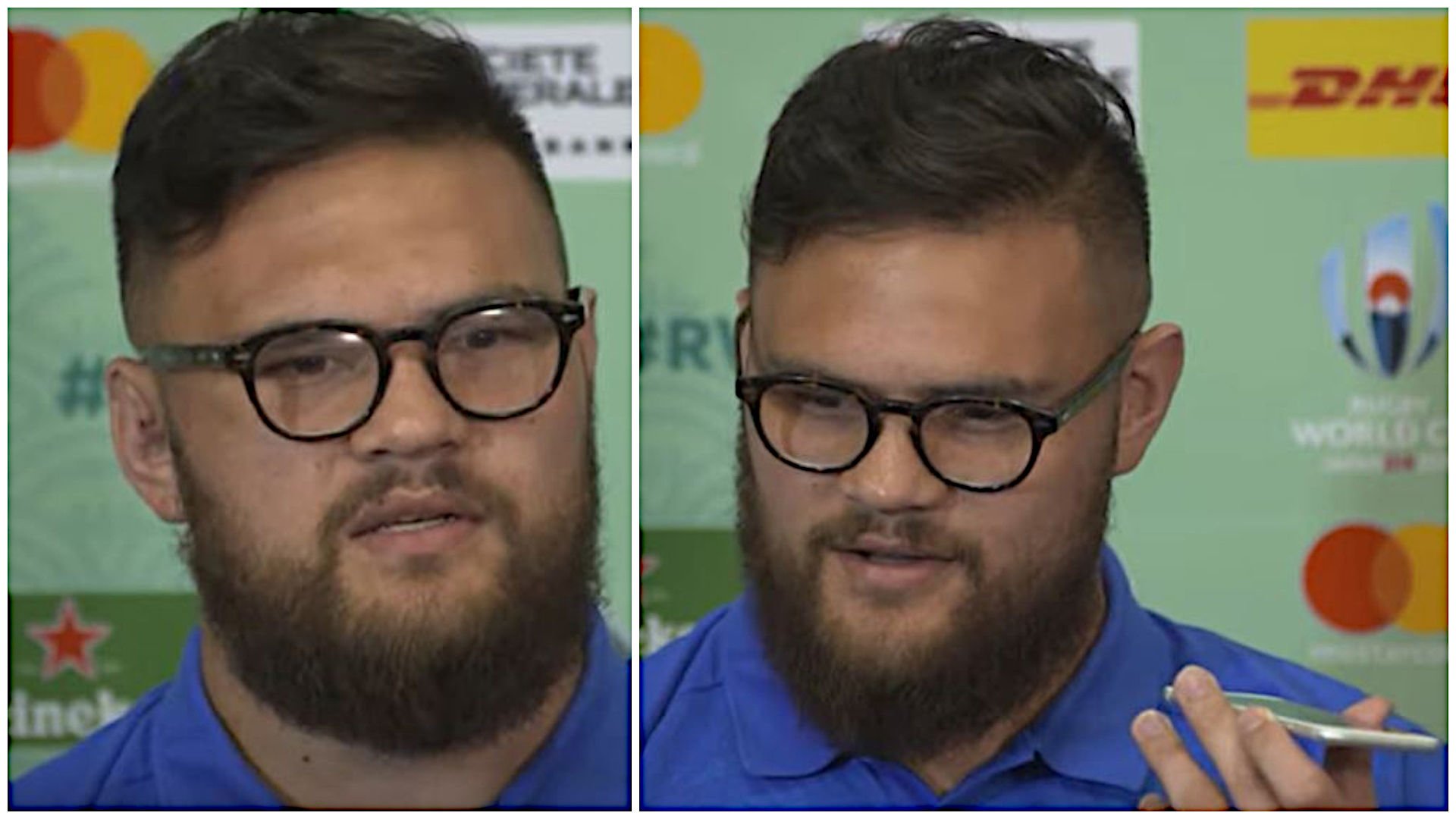 The All Blacks have done it again.

What do you do when someone else’s phone starts ringing in a press conference? Answer it of course! Brilliant from Angus Ta’avao.

All Blacks loose forward Ardie Savea is to wear rugby goggles in the team’s next Rugby World Cup Test against Canada tomorrow, after trialling them at All Blacks training this week.