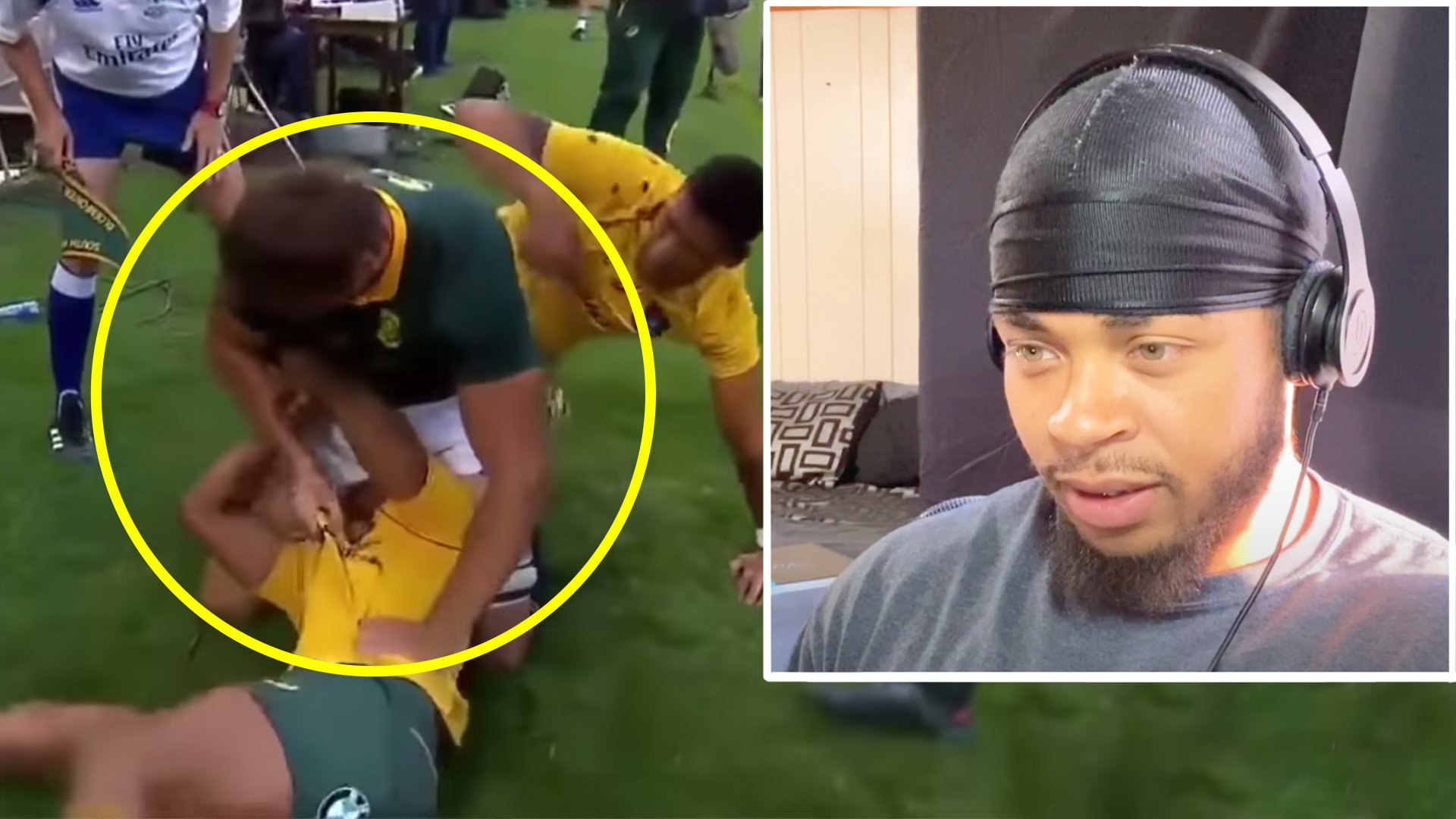 An American vlogger filmed his reaction to watching Eben Etzebeth playing for the first time and he was in complete shock.

Videomaker FitnessbySF explained that fans had told him to watch highlights of the Springbok powerhouse and he was being ‘talked about as one of the scariest rugby players ever’.

Eben Etzebeth is considered by many rugby fans to be one of the most intimidating rugby players to have ever walked the earth.

His physical prowess and short temper have made him one of the best-known rugby players on the planet.

The video began with the vlogger talking about just how impressive the rugby player is.

He quickly is lost for words as he can’t believe just how aggressive this player is.

The American kept commenting on how big Eben Etzebeth was. “This dude is big man”.

“He be trucking the shi out of people man”. Was another comment he made as he continued to watch the Bok enforcer tear through players.

As the video went on, he made less comments and just started shaking his head in disbelief as the player kept destroying everyone in the video.

The 28-year-old won the World Cup with the Springboks in 2019, helping them to beat England 32-12 in the final in Japan.

“This dude is so scary, I wouldn’t like to play against him”. The American said when he watched Eben Etzebeth for the first time online.

When the video ended, he asked straight away for his fans to send in more videos of the lock in action. It looks like he has a new fan!

We are sure in years to come Eben will be remembered by many fans like this, in total disbelief!