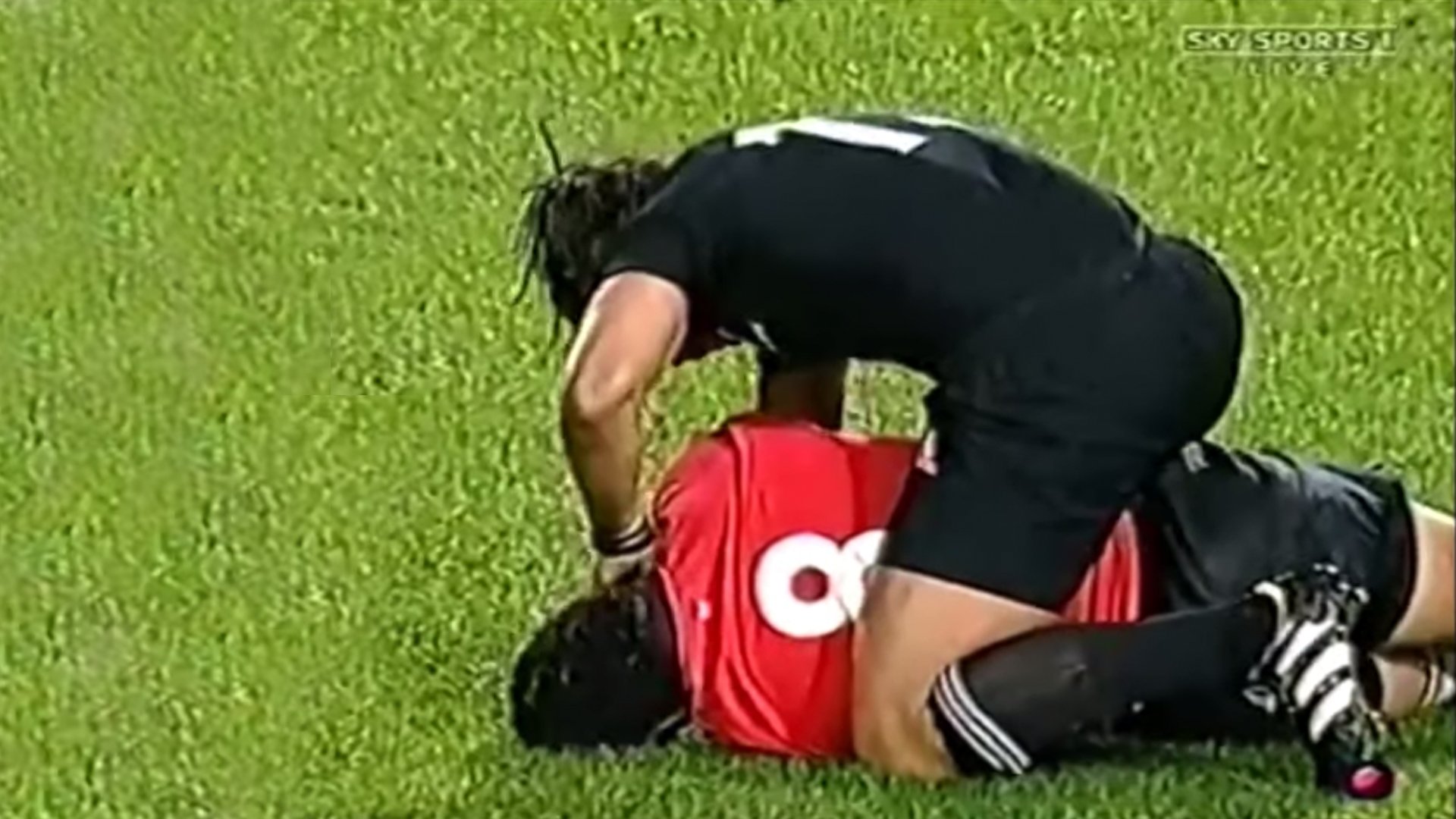 Tana Umaga is something of a marmite figure in the Rugby World despite being unanimously recognised as one of the greatest centres ever to grace the sport.

His reputation in the Northern Hemisphere was tainted by the now infamous spear tackle on Brian O’Driscoll during the 2005 Lions tour that almost broke the Irish captain’s neck.
However, two years previously the All Blacks skipper made headlines for another extraordinary act.

The incident occurred on Wales Summer tour of Australasia back in 2003.

The visitors were trailing 7-3 in the 22nd minute of the game when back-rower Colin Charvis was knocked out cold by a thunderous hit by the late Jerry Collins.

Here is the first video that we are going to show you. This is the sickening hit that Collins made on the Welshman.

The game continued on while the stricken Welshman lay unconscious on the ground but he wasn’t alone.

On realising the extent of Charvis’ injury the All Blacks centre did something truly incredible.

The All Black, on seeing the unconscious state that Charvis was in, went over and decided to take matters into his own hands.

This really sums up the kind of person that Tana Umaga is!

After the game Wales captain, Martyn Williams had this to say…

“It shows you there are things in life that are bigger than just a game,” said Martyn Williams.

“Worse things can happen in life than defeat. You still wake up the next morning and get on with life. It was a great thing for Tana to do.”

Collins, who made the huge hit, said: “I was a bit worried when he went down. I could hear something go crack. Years later he downplayed the incident though, saying that the media makes too much of that tackle.

“Colin is a nice bloke and he’s a lot bigger than me, so I don’t want to say anything about it! In the loose forwards people get hit like that all the time and it might happen to me anytime.”