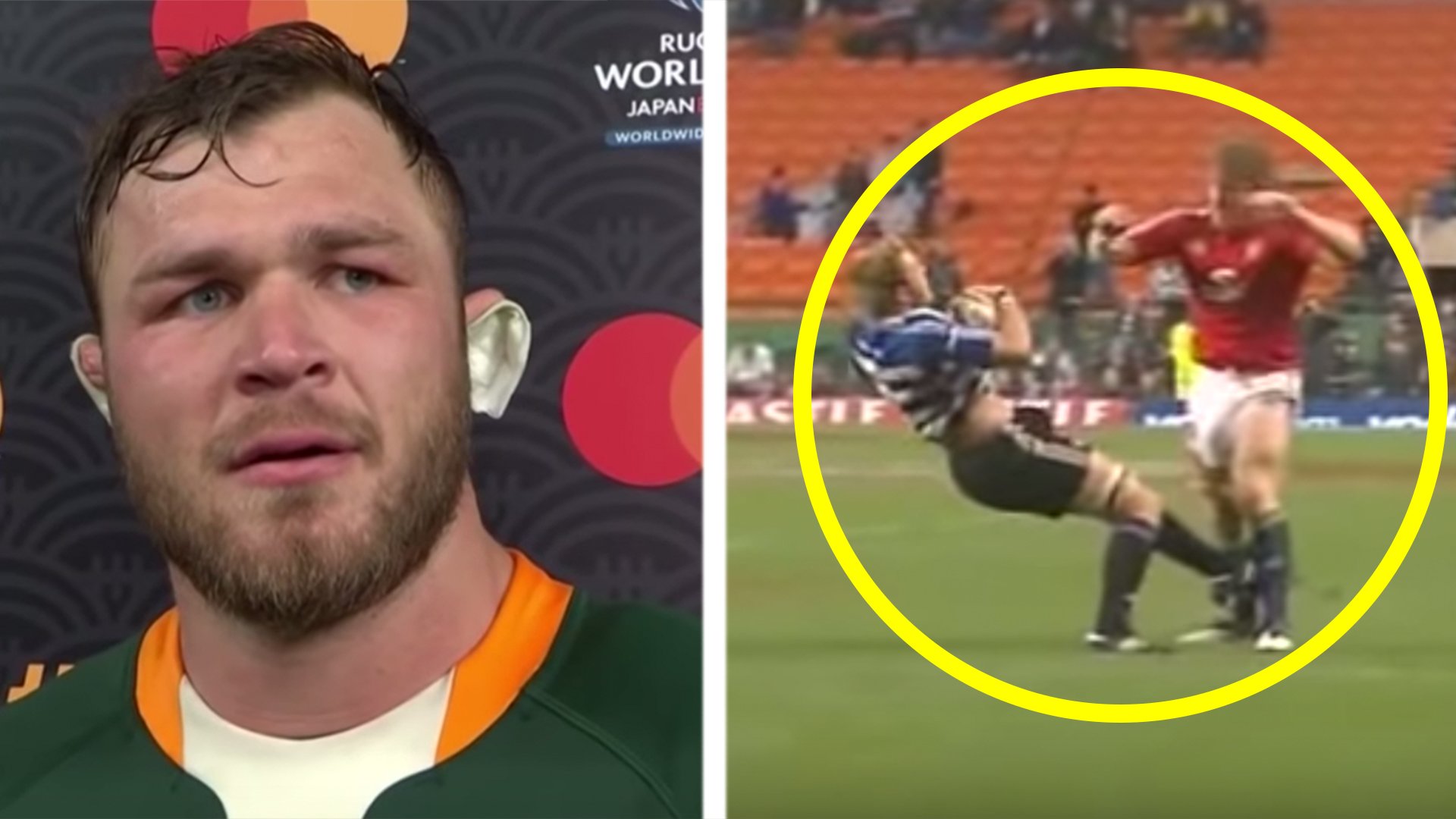 World Cup-winning back row Duane Vermeulen is now a household name in World Rugby. The 33-year-old has made a name for himself in the sport for being utterly dominant over other players in his position.

Weighing in at 120kg and being 6ft 3 means that he has never really had players physically dominate him. World star players such as Billy Vunipola and Kieran Read have tried in the past to physically assert themselves against him but it has always been in vain.

We were recently looking through some old footage online, and it looks like we have found the one time that a young Vermeulen was truly smashed in a rugby match.

The man that managed to do it… Andy Powell!

Andy Powell was a Welsh rugby union player who is now retired. But he is now known as an icon in Wales for his massive hits and his wild antics off the pitch.

A young Duane Vermeulen came up against him in 2009 when the British and Irish Lions took on the Stormers in a warm up match.

Here is a photo of what happened…

He caught a stray pass from his 10, and Andy Powell saw this as a perfect opportunity to assert his dominance over the youngster who was 22 at the time.

The clip has since reached 300,000 views online. But it seems like many rugby fans have forgotten about the time that he was dominated like this.

We thought it would be worthwhile reminding everything that the Springbok Thor is human after all!

Here is the clip of a 23-year-old taking the almighty shot from Andy Powell, it’s quite the smash we have to admit!