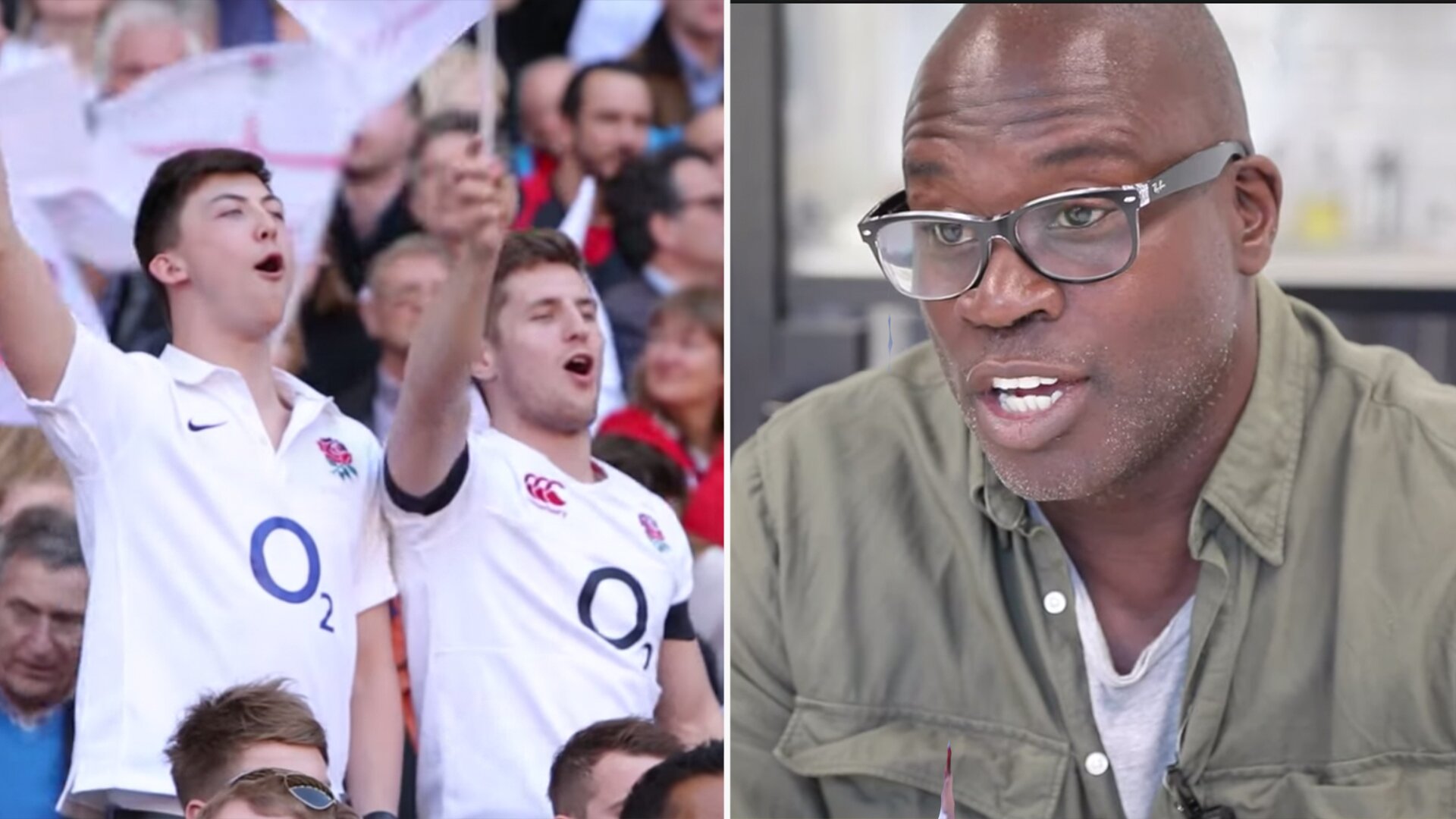 The rugby player who was believed to have started the trend of fans sing Swing Low at Twickenham has given his opinion on what should happen with the song. Martin Offiah spoke to Talk Radio today.

Martin Offiah, who was the reason for the first singing of Swing Low, Sweet Chariot at Twickenham, has revealed he would not support the banning of the song despite its links to slavery, the former rugby league great instead claiming he was initially proud to be associated with it.

Before moving to league, Offiah was playing in the 1987 Middlesex Sevens at England Rugby HQ when fans started hailing his try-scoring ability with what is believed to be the first use of Swing Low at Twickenham.

Written in the mid-19th century by Wallace Willis, who was a black American slave, Swing Low, Sweet Chariot was said to be under review at the RFU after a spokesperson admitted on Thursday that the England rugby organisation needed to grow awareness about the song’s origins.

The BBC found the first time that the anthem was sung at Twickenham when Martin “Chariots” Offiah scored.

Speaking in an interview, this is what Offiah had to say about the use of the anthem and it’s possible end.

“I didn’t know the history of the song and I was playing in the Middlesex Sevens in 1987. I was only informed this year by the RFU that it was the first time it was ever sung at Twickenham. The curator of the museum at Twickenham found this footage on the BBC in the archives.

“I was proud to be associated with the song but I do feel it is a time to educate England fans about the song. You would then be aware of what you are singing.

“The song is not the issue here. It is about diversity and inclusion. If the review leads to the RFU putting a positive spin on this song, engaging with the communities, looking at the rooms where decisions are made in the RFU and addressing it, that is what it is leading to.”

Here is Offiah speaking more about it on Talk Radio.