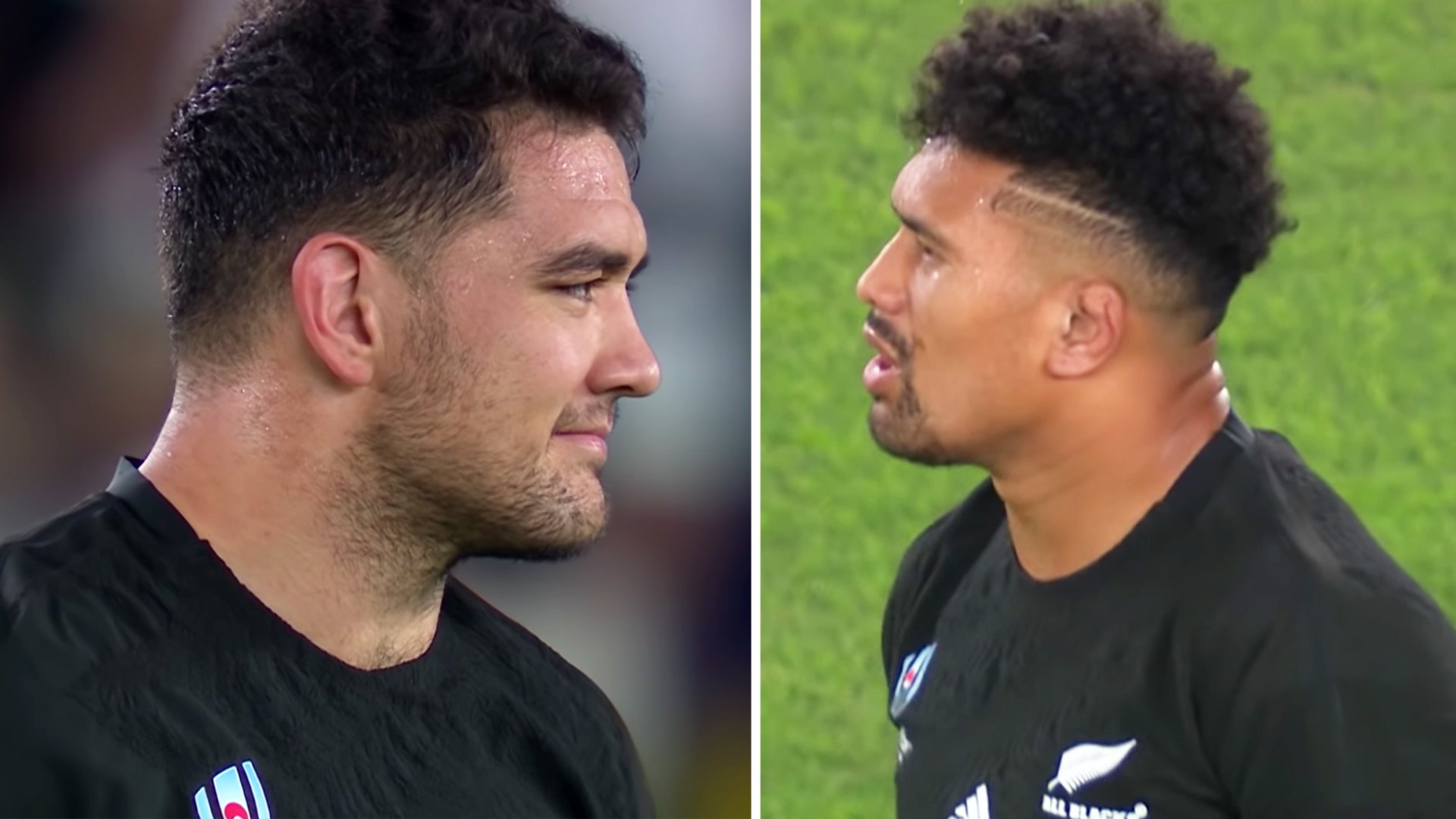 To be a top-class rugby professional, you need to have composure in big-game situations. Ardie Savea clearly fits that mould.

The Hurricanes flanker was New Zealand’s standout player in Japan and was voted as the teams best All Black in 2019.

One eagle-eyed Onslaught follower pointed out this amusing clip to us – taken seconds before the World Champions kicked off their World Cup semi-final against England.

The Highlanders could have the honour of being the world's first top-class sporting side to host a live event in front of a crowd since the coronavirus pandemic.https://t.co/BWYvwzNupT

The All Blacks had just finished the haka to a huge roar from the Yokohama crowd.

We then hear as the stadium intercom starts to blast out the global smash hit, ‘Piece of Your Heart’ by Meduza.

The bassy house anthem reverberates around the stadium as the players go through their final preparations before kick-off.

It’s clear to see how relaxed these seasoned New Zealand players are with Beauden Barrett and Codie Taylor cracking relaxed smiles aa they take their positions.

The camera pans to Ardie Savea at the perfect time.

Whack up the volume and check out this brilliant clip below…

Dan Carter, the proud Cantabrian now in the unfamiliar colours of Blue, won’t have his family cheering him on if he suits up for his new team against the Crusaders this season.

In an interview with Newstalk ZB’s Simon Barnett and Phil Gifford, Carter’s dad Neville said although he gave his blessing for his son’s move to the Blues, he will still be supporting the Crusaders when the two sides meet.

“It’s pretty straightforward,” Neville said. “The Crusaders are always going to get the support from me. And I’ll just keep my fingers crossed he’s not going to get smashed by them.”

Dan Carter has long been a loyalist to the red and black, but he says he signed with the Blues ahead of Super Rugby Aotearoa next week because he wanted to “give back” to New Zealand rugby.

Might have to wait a little while to see the 🐐 on the park for the @BluesRugbyTeam, but Beauden Barrett isn't a bad fill-in 😂 #SuperRugby pic.twitter.com/wtDy0m9AXi

The nature of the current Covid environment and some strong persuasion from his former teammate and new coach Leon MacDonald, as well as the fact that his wife Honor and kids are based in Auckland, made the decision a lot easier too.

However, he still had to clear it with his family down south.

“I talked to the old man,” Carter said in his first media appearance as a Blues player yesterday. “He’s a proud Cantab, but like he has been throughout my career, he was really supportive. That goes a long way, having that family support.”

Neville recalled the conversation he had with his son before he went on to shock the country by signing with the Auckland franchise.

“I said to him ‘you’ve still got a wee bit to give back to New Zealand rugby and we’re lacking rugby at the moment. So if you’re keen to give it a go, go for it’. There’s nowhere else he can go at this stage unfortunately so it’s an opportunity to give back to rugby in New Zealand.

“I did say to him ‘you may be getting a bit of a bad reception when you get down our way’.”