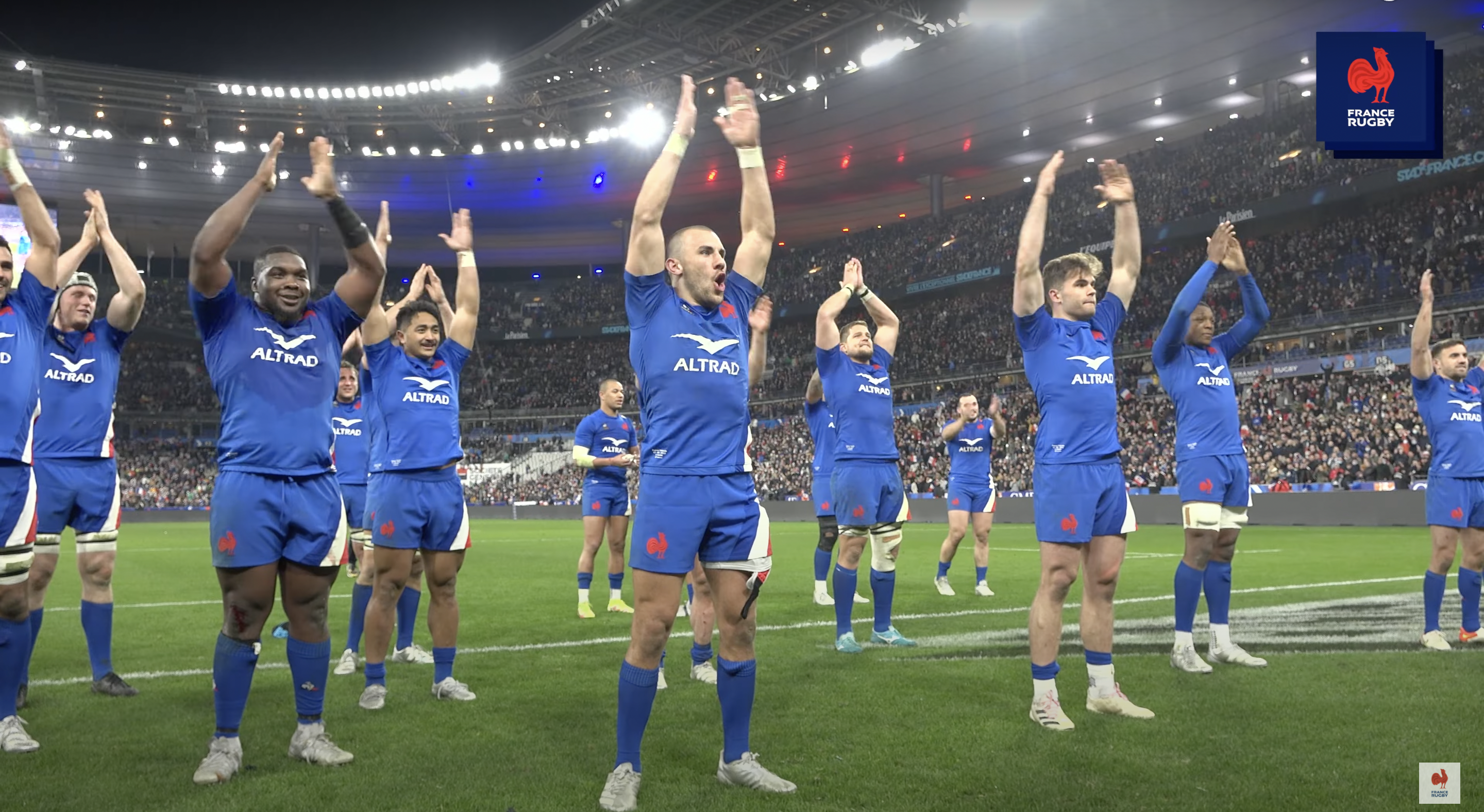 France were good against Ireland on Saturday, scarily good at times, but they were seemingly able to get away with murder throughout their Six Nations encounter as well.

A clip shared analyst and former Ireland international Bernard Jackman showed how rampant the French was attack was at times with their forwards, and Antoine Dupont, eating up ground for fun with their carries. The play is not complex, it is simple one-out passes, but it is done with such speed and tempo that Ireland could not handle it.

One reason for that though is that France are frequently breaking the law, but because they are on the front foot they seem to get away with it. This is maybe a wider problem in rugby that always benefits the team in the ascendency. In Jackman’s clip, multiple players go off their feet, with flanker Anthony Jelonch and prop Cyril Baille clearly entering the ruck at the side as well.

In terms of the players going off their feet, law 15.12 says “Players must endeavour to remain on their feet throughout the ruck,” but teams with momentum are sometimes given dispensation in order to speed the game up.

It’s all there in the laws, but France were not picked up on it.

It of course creates a fast and exciting game, but it allows the team with the ball to run amok.

Even in situations where a ruck is not yet formed (as one player from each team are not in contact over the ball), France are still offside on a number of occasions in this clip by Jackman alone.

The first French players to clear out the Irish jackaller before the ruck is formed are often arriving from an offside position. This is the law change that was introduced following the infamous ‘ruckgate’ match between England and Italy in 2017, which created an offside at the tackle, although this is a grey area.

Take a look at the clip and see the many law infringements:

The intensity of the @FranceRugby teams Ball Carry and Clean out was incredible yesterday. They took on Ireland up the middle of the field with their forwards & were so aggressive. Because the ball isn't in the air long its very hard to stop #FRAvIRE #SixNations pic.twitter.com/weHrgnVZ3e