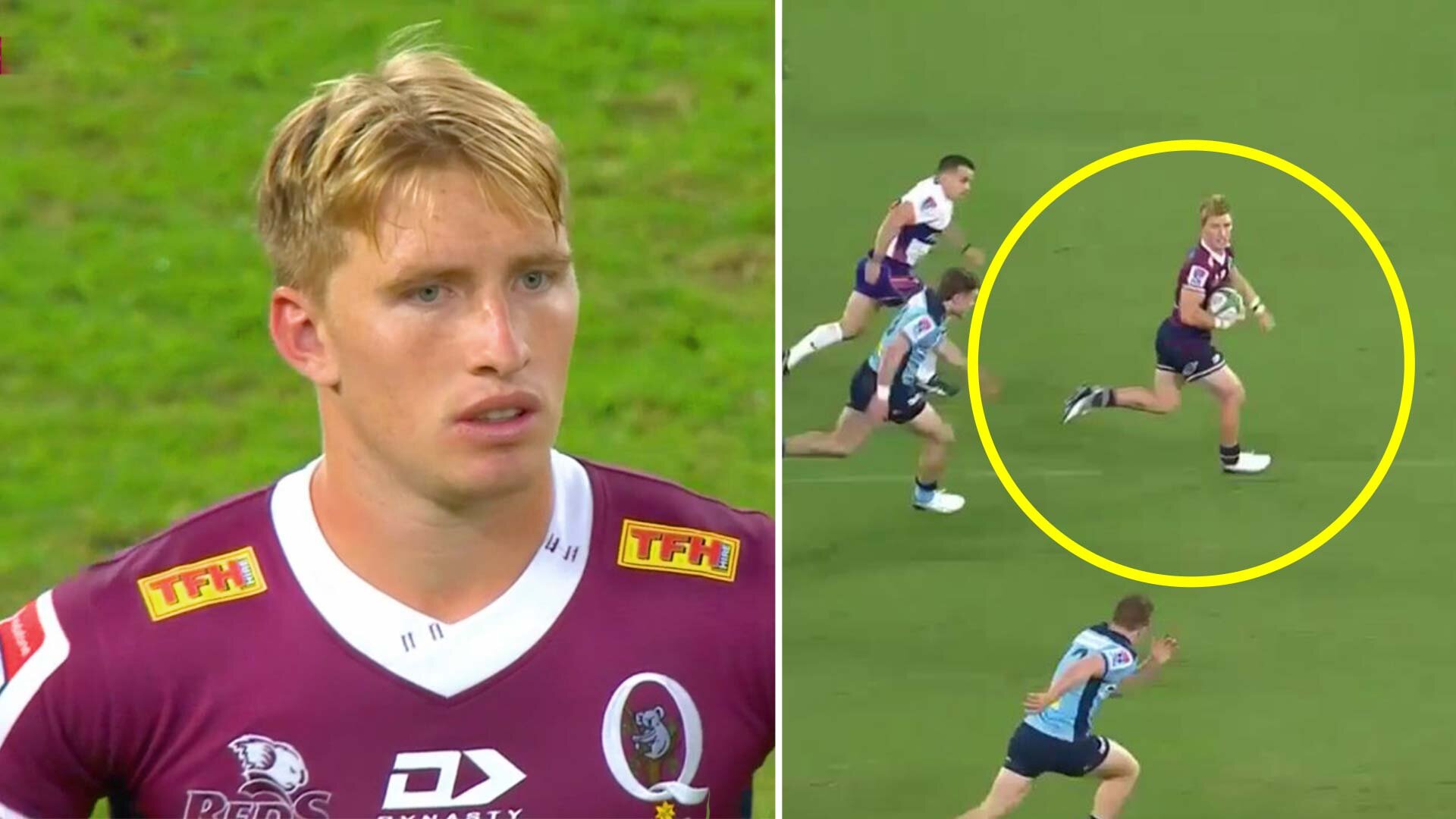 Australian rugby has a serious reason to get excited today as a new genuine Australia superstar has emerged for their team today. His name is Tate McDermott and he is just 21.

The Reds played the Waratahs today in a match which was the curtain-raiser for Australia’s new Super Rugby Australia competition.

The Waratahs came back well in the game, however the main talking point has to be around the scrum-half for the Reds who has wowed the rugby world with this performance!

It took just a few minutes for the young 9 to make a significant impact on the match!

He scored a try early on with some brilliant quick thinking to score a tap under the posts.

If that wasn’t impressive enough, the young 9 then went on to nearly score a second try straight after that, using some incredible speed to beat almost all of the Waratahs players.

He reminds us a lot of Faf de Klerk with the amount of work that he manages to get through on the pitch.

He isn’t just a busy worker on the pitch. In the second half of the game he showed just how accurate he was off the boot as well with some perfectly weighted kicks which put serious pressure on the defence. This kick came out of nowhere.

Australian rugby has not had many positive things to talk about recently, but this young player is just the kind of thing that they need to become a world force again.

It’s time for the Wallabies to forget about their mediocre players and get bolters like into the setup.

AAAAAND he can kick! pic.twitter.com/vbbA9gRqsd

Every top rugby team in the World has a brilliant scrum-half working behind the scenes. Faf de Klerk marshalling for the Springboks. TJ Perenara and Aaron Smith commanding for the All Blacks. This is the superstar Australia needs.

Could Tate McDermott be the catalyst the Wallabies need to become a force in World Rugby again?