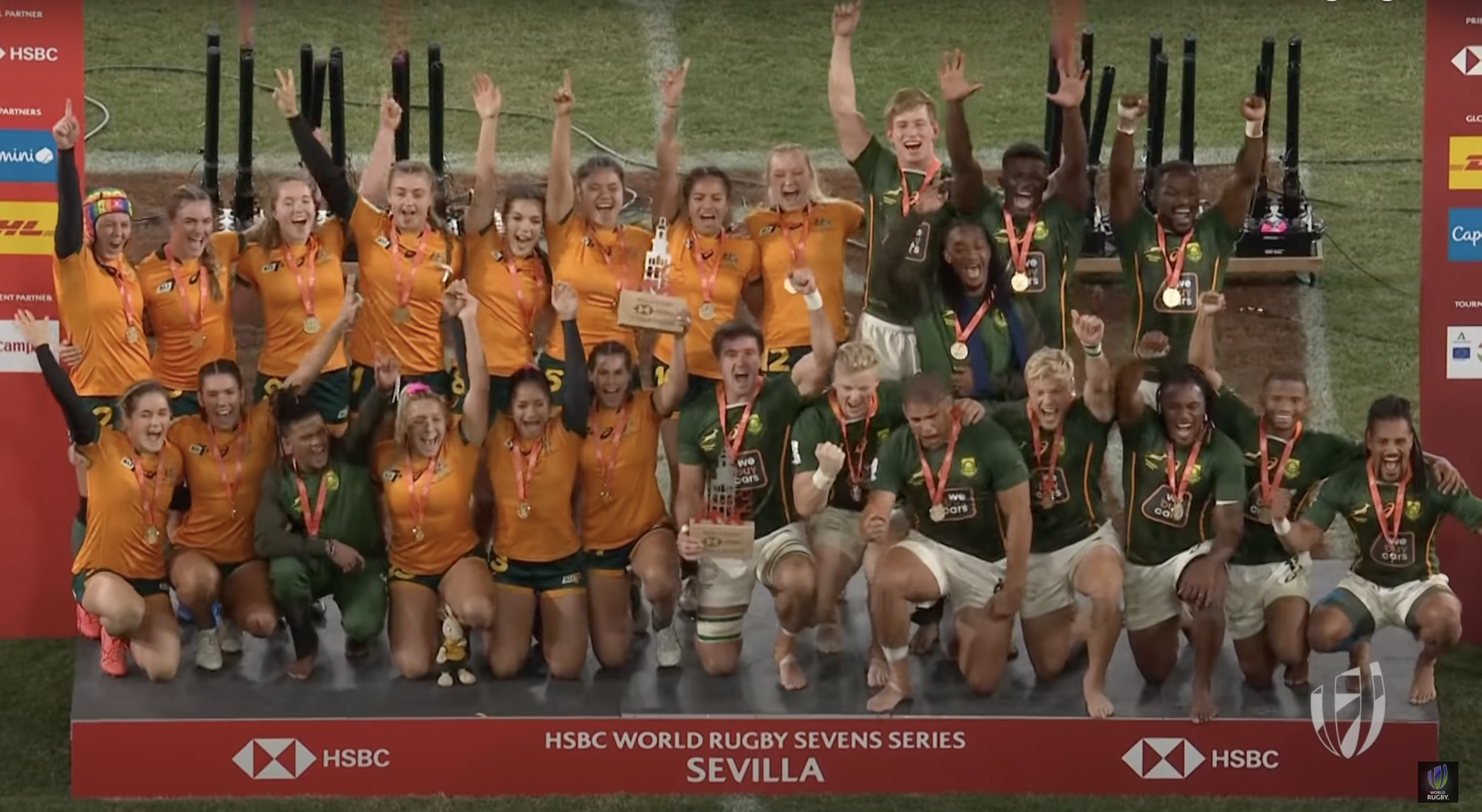 Australia women’s sevens team show the rugby world what the true values of rugby are after winning the Seville leg of the HSBC World Rugby Sevens Series at the weekend.

After clinching an epic win over Ireland to secure their third gold in four 2022 Series events, footage has been shared of the team helping the ground staff clear up the pitch. This has been shared by various players on social media, who have echoed the ethos in rugby of ‘cleaning the sheds’ and staying grounded. Take a look:

Speaking after the final, Women’s Captain Demi Hayes said: “The belief we have as a squad and a team was really what drove us to the win over Ireland.

“As a team, we were disappointed with how we went in Malaga, so Seville was a tournament we wanted to win at, and I’m proud of the team for achieving this.

“As we look to our next tournament, our key here will be to continue to build consistency as a group; once we achieve this, the wins will take care of themselves'”

HSBC Player of the final Dominique Du Toit said: “It was a great final. We always said Ireland were a fighting team and they certainly did fight to the end, but it was awesome to see our girls out there fighting just as hard to the end with that final try.”

Meanwhile, Australia’s men’s team were not as lucky, as they fell to South Africa in the final. The win meant the Blitzboks extended their unbeaten streak to 34 games and gave them their fourth series win out of four this year.

“As you can see it’s a little bit emotional. The boys gave a big fight, this is a huge win for our system,” said South Africa captain Impi Visser.

“They are a tough team to play against, credit to them. I think our boys just grafted a bit more and in the end we wanted it a bit more.”