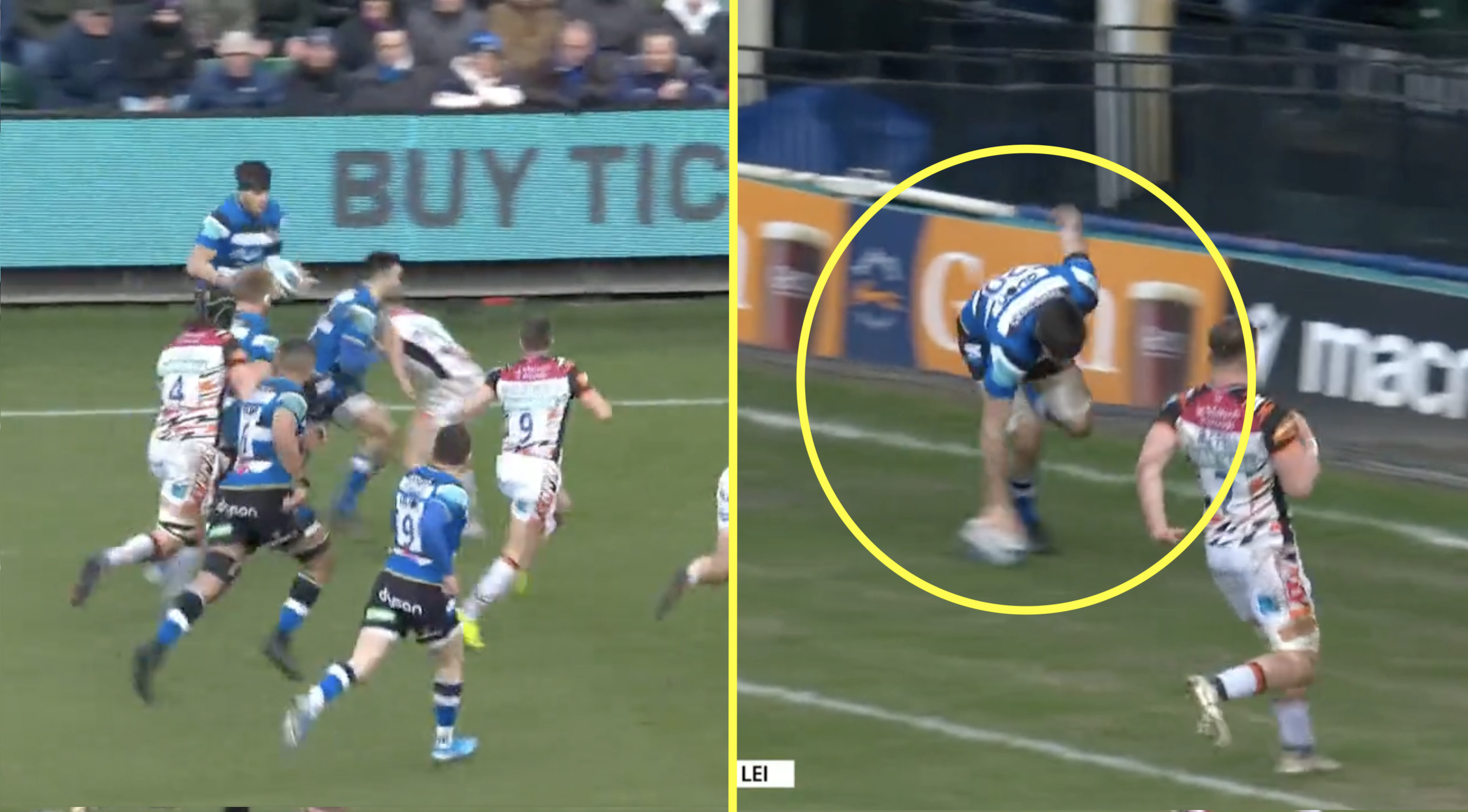 Bath flanker Josh Bayliss could have fooled anyone into thinking he was actually Jason Robinson in disguise against Leicester Tigers today with an insane solo try.

The 24-year-old had only been on the field a matter of minutes after coming on during a HIA for Nathan Hughes at the Rec, and he made quite an impact.

The 6ft 4in loose forward was loitering on the wing when he received the ball, but still had a huge amount of work to do from 40 metres out. However, he pulled a sidestep out the bag to completely bamboozle Leicester fly-half Freddie Burns before skinning two Tigers front rows. The try came out of nowhere as he showed feet few forwards in the game could replicate.

In a top versus bottom clash in the Gallagher Premiership, Bath went in at half time ahead after Bayliss’ try put them in the lead in what was a half that went back and forth after Leicester initially went ahead.

Oh my goodness what a try from Josh Bayliss 🤯

The big @BathRugby back-rower briefly took on the form of Cheslin Kolbe and stepped the defender out of his boots!