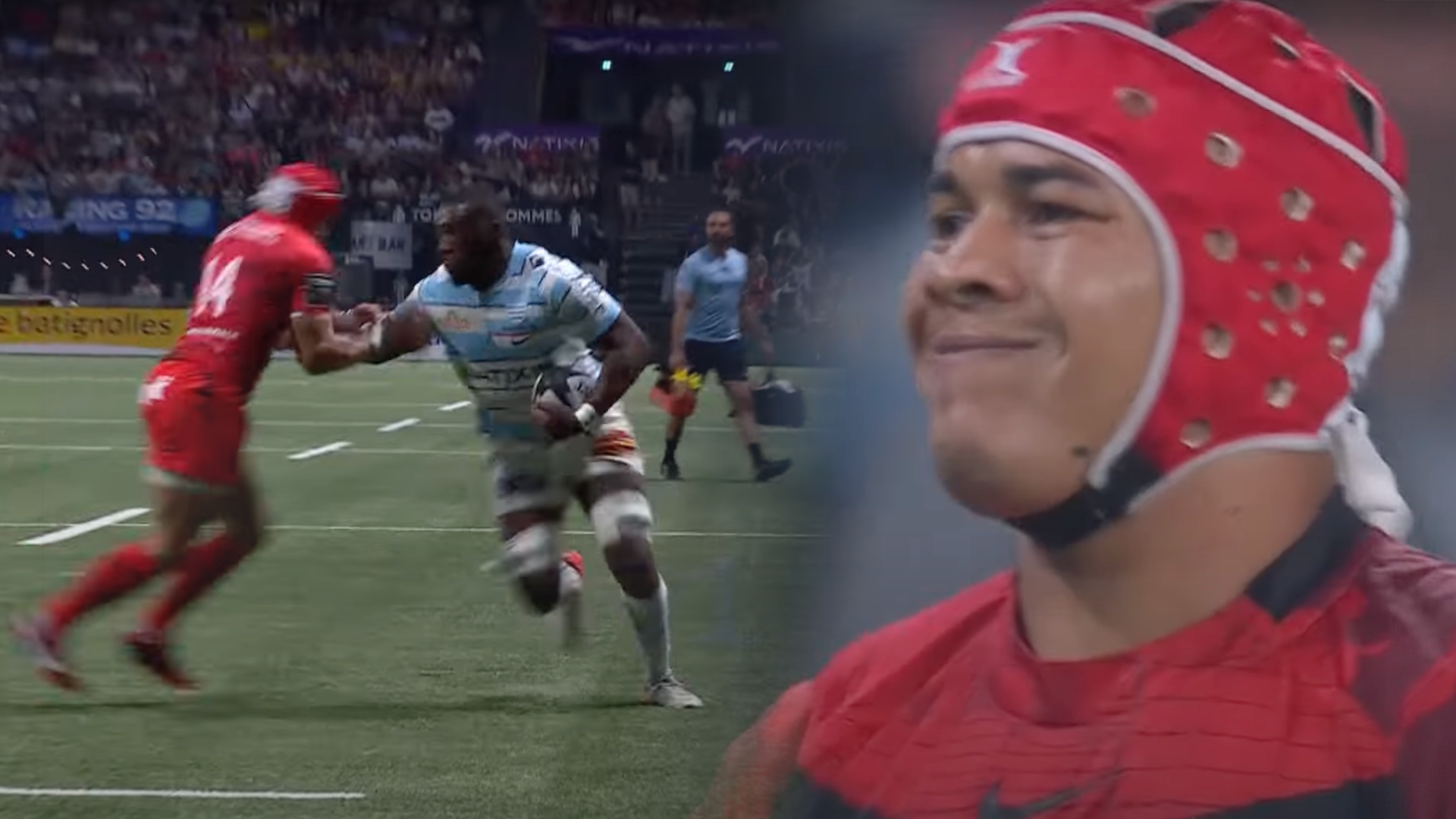 It was a tough day at the office for Toulon on Sunday against Racing 92 at La Defense arena as their hopes of making the Top 14’s play offs, and therefore their season, came to an abrupt end.

It was also a tough day for winger Cheslin Kolbe, who came out second best on a couple of occasions against Racing’s beastly ball carriers. The first came early in the match, as Racing No8 Yoan Tanga ran down his channel from ten metres out. The Springboks wing decided to go high on the 108kg loose forward, which was not a wise choice. The 25-year-old swatted the World Cup winner away on his way to scoring a try. Take a look:

Kolbe’s defence was put under the microscope later in the match when France centre Virimi Vakatawa was running his way. The Bok opted to go low on this occasion to be fair, but it still did not end well as the No13 bounced him away, albeit losing most of his momentum in the process.

Despite his diminutive size, Kolbe is usually renowned for being a solid defender, but these were two incidents he will not want to look at again.

The loss ended Toulon’s season, which had a lot of promise just a couple of weeks ago as they were in the Challenge Cup final and were rapidly climbing up the Top 14 table. However, a chastening loss to Lyon in the final last week, followed by the loss to Racing meant they have come away from the season empty handed.

What’s more is Kolbe has said goodbye to his compatriot Eben Etzebeth, who will return to South Africa next season to join the Sharks. They will both be playing with each other again soon though against Wales in July.

Yoe Rugby shared a video of Vakatawa versus Kolbe, take a look: